The Italian telecoms regulator AGCOM already has tools at its disposal to fight piracy but legislation winding its way through the corridors of power will move things to a new level. In addition to making it easier for copyright holders to disable access to identified infringing content at the ISP level, similar powers will enable urgent and precautionary blocking even before an infringement takes place.

Laws that attempt to deter copyright infringement by punishing pirate site operators exist in most developed countries around the world.

Entities such as the Alliance for Creativity and Entertainment use them to take hundreds of sites and services offline, either through direct legal action or simply using the threat of it. But this is just one aspect of content protection and when pirates refuse to take their operations offline, additional tools can come into play.

Compelling ISPs to block subscriber access to pirate sites requires no compliance from pirate site operators but the legal process can be slow and expensive. This has led some countries to seek value via so-called ‘administrative’ blocking programs that don’t require continual legal action and authorization from the courts. 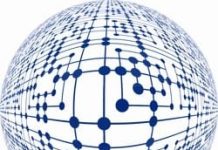