The Motion Picture Association hopes that changes to U.S. Customs and Border Protection regulations will enhance enforcement against pirate devices. The movie industry group proposes to expand the definition of a “copyright protection measure,” so that a broader range of piracy tools can be seized at the border. 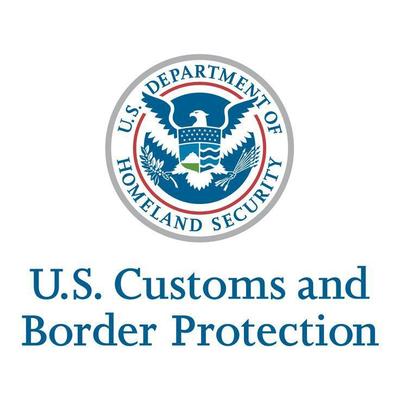 In addition, it also targets devices that circumvent copyright protection measures, which violate the DMCA. These can include Blu-ray rippers or mod-chips, for example.

In recent years the number of DMCA-related seizures has been relatively low. In 2016, only 70 items were confiscated. While this grew to 297 seized shipments a year later, copyright holders see it as just a drop in the ocean. However, that could change going forward.

A few weeks ago, Customs and Border Protection launched a public inquiry into its planned implementation of the Trade Facilitation and Trade Enforcement Act (TFTEA) This includes several proposed regulation changes for seizures of “piratical articles.”

The consultation triggered a response from the Motion Picture Association (MPA). The group supports most changes but is concerned that the proposed definition of a “copyright protection measure” isn’t broad enough.

According to the proposal, it would only cover devices that are designed to circumvent access controls under the DMCA. However, the MPA would like to extend this to devices that circumvent “copy controls” as well.

“To adequately implement the TFTEA and ensure effective border enforcement is available against all circumvention devices that violate the DMCA, CBP should revise the definition of ‘copyright protection measure’ to include copyright controls,” MPA writes, while offering a revised definition.

With this broader definition, the Hollywood-funded group hopes to block or at least restrict the importation of pirate boxes. At the moment, these devices are rarely – if ever – seized by border patrol officers.

“MPA is hopeful that these proposed regulations will enhance border enforcement against Piracy Devices (also referred to as ‘illicit streaming devices’ (ISDs) or in some cases ‘Kodi boxes’). These devices enable users to stream, download, or otherwise access unauthorized content from the Internet,” the group notes.

The focus on these pirate boxes is no surprise as streaming piracy is seen as the latest and greatest piracy threat, according to the movie industry.

The MPA points out that pirate devices alone already result in billions of dollars in estimated losses for the North American entertainment industries. By seizing these devices at the border this could become less of an issue.

The group also gives an indication of what to look for. According to the MPA’s letter, China is the country to watch.

“China is a hub for the manufacture of these devices, many of which are exported to the United States, as well as for the development of the piracy apps and add-ons that allow these devices to be used to pirate content,” it reads.

Whether the proposed changes, with or without the MPA’s suggestion, will actually lead to more seizures is unclear. Many streaming devices are not illegal in their own right and can also be used to stream or download legitimate content.

However, the letter makes it clear that the movie industry is trying to keep the bad apples out, ideally with the help of enforcement authorities.

A copy of the Motion Picture Association’s letter forwarded to U.S. Customs and Border Protection is available here (pdf).