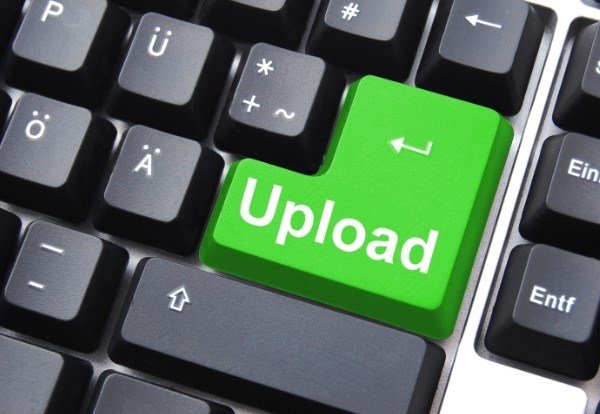 Last year, the US Department of Justice booked one of its biggest successes in its battle against online piracy.

In August, law enforcement upset the international piracy ecosystem by taking out a prominent Scene group, which was the source for many pirated movies and TV-shows.

Supported by international law enforcement partners, the feds carried out organized raids all over the world. This dealt a massive blow to The Scene and resulted in indictments against three alleged members of the SPARKS group.

While The Scene pretty much recovered in the months that followed, the criminal case against the three defendants remains. In January, one of the accused men, Kansas resident Jonatan Correa (aka ‘Raid’), pleaded guilty to conspiracy to commit copyright infringement.

Correa was well aware that his admission could lead to a prison sentence. With the Department of Justice, he agreed to a sentencing guideline of 12 to 18 months. The official recommendation from the probation service, which was released earlier this month, lowered this to half a year in prison, followed by six months of home confinement.

The eventual sentence will be determined by the court and according to Correa’s attorney, David Wikstrom, there is sufficient reason to forgo a prison sentence altogether.

In a letter to the court, the attorney sums up several reasons why Correa should not be incarcerated, including the lack of a financial motive. If anything, his involvement with The Scene had cost the defendant money.

“His offense — unlike the vast majority of federal crimes, and in particular criminal copyright infringement offenses — was not motivated by pursuit of financial gain, and in fact Mr. Correa lost money committing it.

“Money was not the point; it was a hobby, verging on compulsion: to gain entry to and acceptance in The Scene, to be the first to copy and upload a release into a purportedly members-only, secretive club,” the attorney adds.

While the defendant didn’t make any money, Hollywood studios were allegedly harmed by his activities. According to the calculations, Correa caused $54,000 in damages. This is a relatively low amount, however, and the defendant has agreed to fully compensate the Motion Picture Association.

Correa’s role in the conspiracy itself was also limited, according to his attorney. The other co-conspirators had organizational roles but Correa mostly ripped DVD and Blu-Ray discs that he purchased himself before uploading to Scene servers.

To outsiders, members of The Scene have an air of mystique. However, in reality, most of the people involved are just ‘ordinary’ men and women who could easily be your next-door neighbors. This applies to Correa as well, who has a family and runs a business with dozens of employees.

A Family and a Business

“The Defendant is a nonviolent first offender with a lifetime of gainful employment. He lives with and supports his family, including his wife, child and grandchild,” the attorney writes.

“From his beginnings as a house painter for his brother’s company at age 21, he now, 16 years later, owns and manages two companies […] which work on projects throughout Kansas and Missouri, and which have 32 full-time employees and dozens of other subcontractors, who likewise support families.”

These factors weigh in favor of not sending Correa to prison, his lawyer notes, offering 14 letters from family and friends who describe the defendant as a selfless and hardworking man.

The question that remains is why Correa was drawn to The Scene. The attorney offers some background on this as well. While we see no value in describing all personal details, providing some context is appropriate.

The Scene as an Outlet

What’s clear from the letter is that Correa didn’t have an easy youth. The extreme religious beliefs of his family weighed heavy but during his teenage years he found an outlet in computers, the Internet, and piracy in particular.

Like many others, Correa began sharing TV shows and movies for his personal entertainment. Over the years, he got more heavily involved in the supply side as well. He eventually became a ‘racer’ for the ‘Third Party’ group (ThP), which was part of The Scene.

After graduating from high school things changed. Correa cut his ties with The Scene and started building his offline career, first working as a cable technician and later as a painter. When the SPARKS group started in 2011, Correa was not in any way involved.

That changed in 2016, more than a decade after leaving The Scene behind. Correa’s interest in his old habit picked up again and he went looking for old friends on IRC and reconnected with “Silent,” who later introduced him to “Artist,” who allegedly ran the SPARKS group.

One thing led to another and after more than ten years, Correa was part of The Scene again. In addition to running his family and business, he spent hours every night and thousands of dollars on equipment to fulfill his online passion.

The motivation wasn’t to get stuff for free, as Correa also paid for subscription services like Netflix, Amazon, HBO, and Hulu. The main driver was recognition and bragging rights, the same things that kept him going earlier in his life.

“As already noted, he didn’t do it for the money. This was his hobby, his compulsion. He worked all day, spent time at home in the evenings with his wife, and then after she went to bed, spent hours in front of the computer competing to be the fastest to upload a copy of a DVD to an FTP server.

“It was, in fact, a precise reenactment of his teenage years, sneaking onto the internet to watch movies after his mother and siblings went to sleep,” the attorney adds.

Correa and his attorney hope that, given this background, the Court will agree to a non-incarceratory sentence. The outcome will become clear in a few weeks when the final sentence is handed down.

A copy of the letter attorney David Wikstrom sent on behalf of Mr. Correa is available here (pdf)