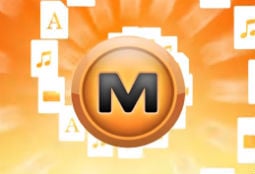 
Earlier this month, former Megaupload executives Mathias Ortmann and Bram van der Kolk revealed that they had reached a deal with authorities to be charged in New Zealand, thereby avoiding extradition to the United States. According to charge sheets, each faces up to 10 years in prison for conspiring as part of an “organized criminal group.”

Eary 2022, after more than a decade of legal uncertainty following the Megaupload raids in 2012, Kim Dotcom and co-defendants Mattias Ortmann and Bram van der Kolk were still fighting to prevent their extradition to the United States.

With copyright infringement, racketeering and money laundering charges looming overseas, earlier this month Ortmann and van der Kolk admitted that the extradition case had “taken a heavy toll” on their lives. So, in the interests of moving on, a deal had been struck with the authorities.

Rather than risk a loss in their extradition battle and the prospect of standing before a US criminal court far from home, the former Megaupload executives reached an agreement with the New Zealand Government and the United States to be charged in New Zealand for “similar offenses”. Dotcom still faces extradition.