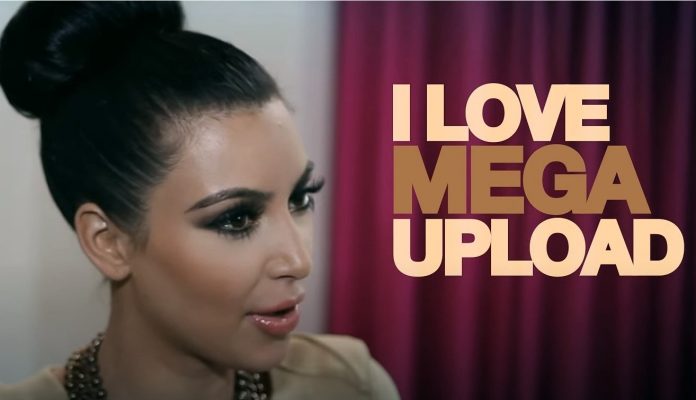 
Nearly nine years after Megaupload was taken down, the lawsuits against the site and its founder Kim Dotcom are still pending. The criminal case in the US awaits the outcome of the New Zealand extradition process, and two civil cases filed by major record labels and movie companies will start even later. This week they were put on hold until April 2021, but they will likely start much later. 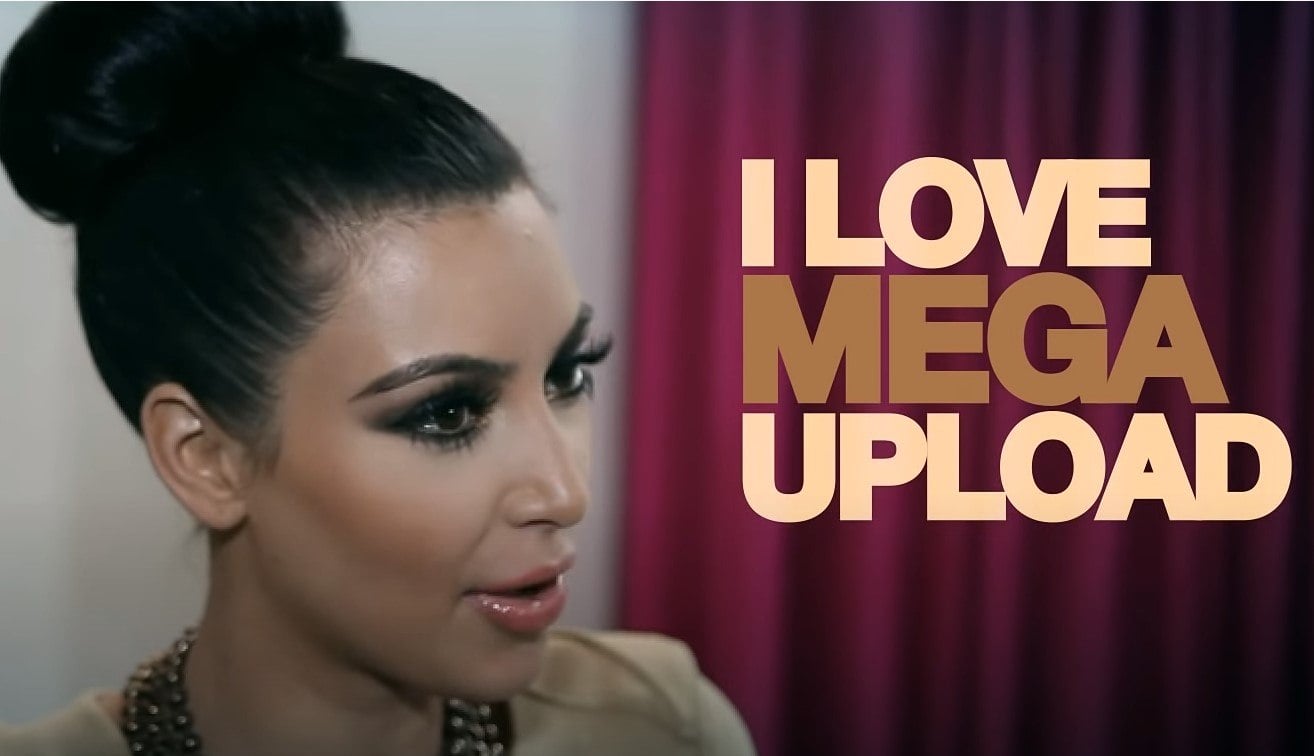 There are a few recurring themes TorrentFreak has covered over the past decade, with the Megaupload case being a prime example.

For those who haven’t been around long enough, Megaupload was once one of the largest file-sharing empires on the Internet. It was founded in 2005 and grew exponentially in the years that followed.

The site first made mainstream headlines late 2011, when it released the Megaupload song, a PR stunt of epic proportions that took the Internet by surprise.

While copyright holders had just framed the site as the largest piracy threat on the Internet, top artists and celebrities including Alicia Keys, Kanye West, Snoop Dogg, Kim Kardashian, Will.i.am and even boxer Floyd Mayweather endorsed the site.

The video was viewed millions of times in a matter of hours and became a smash hit. Universal Music swiftly pulled the video offline with a dubious copyright claim, which only increased its popularity, adding to the embarrassment.

What the Megaupload team didn’t know, however, is that American and New Zealand law enforcement officials were already planning to take the site down for good.

Barely a month after the Megaupload song came out, helicopters and armed police forces were storming the New Zealand mansion of the site’s founder Kim Dotcom. They acted on behalf of the US, which announced a criminal prosecution into the Megaupload conspiracy.

Today, nearly nine years have passed but Kim Dotcom and his former colleagues are still fighting a legal battle in New Zealand to prevent their extradition to the US, for which the final decision has yet to be issued.

While all parties await the outcome, the criminal case in the United States remains pending. The same goes for the civil cases launched by the MPA and RIAA in 2014, more than six years ago.

Since the civil cases can potentially influence the criminal proceedings, Megaupload’s legal team previously asked to put these cases on hold, and last week they requested another extension, which was swiftly granted by the federal court in Virginia. 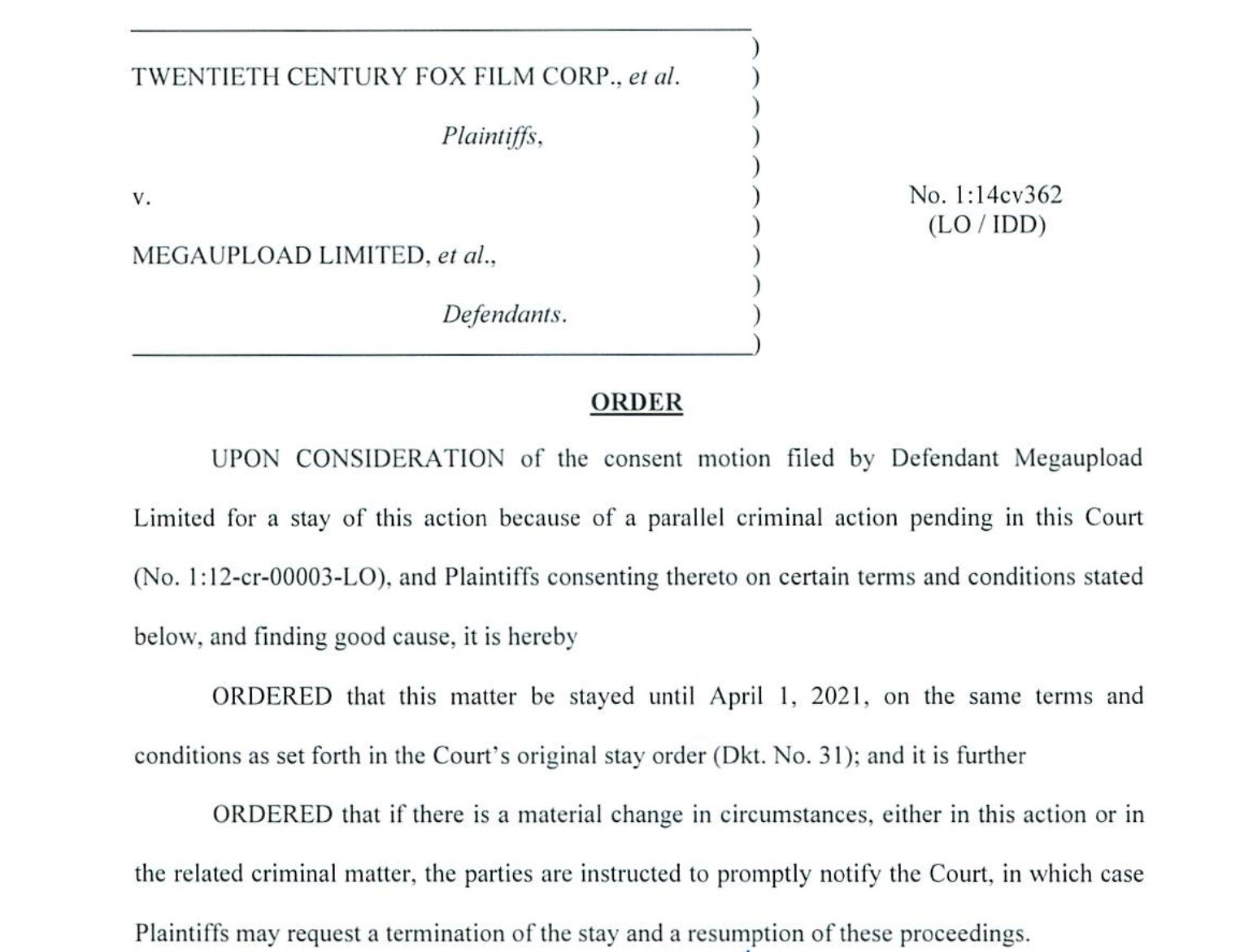 With no objections from the MPA and RIAA, it is no surprise that the stay until April 2021 was granted. If anything, these motions serve as a bi-annual reminder of the lack of progress in the Megaupload case.

The extradition process in New Zealand may very well continue for several more years. And in the event that the defendants are extradited, it can take much longer before the criminal case concludes. This means that 2021 may eventually become, 2022, 2025, 2030, etc.

A few years ago there were concerns that the long delays could result in the destruction of evidence, as some of Megaupload’s hard drives were starting to fail. However, after the parties agreed on a solution to back-up and restore the files, this is no longer a problem.

There have also been attempts to make it possible for millions of former Megaupload users to retrieve their personal files. However, in recent years there hasn’t been any update on this front, and it’s unlikely that this will change anytime soon.

By now it’s pretty clear that the original Megaupload site will never return. However, the Megaupload song lives on.