One of the world’s largest private BitTorrent trackers, Filelist.ro, has had its domain seized by authorities in Romania. The invite-only site, which has in excess of a milllion members, is facing a criminal investigation being overseen by the Prosecutor’s Office of the High Court of Cassation and Justice. 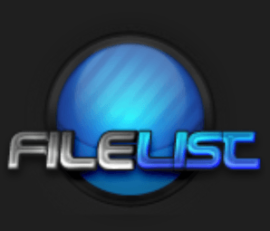 The vast majority of BitTorrent users on the Internet today download their torrents from ‘public’ sites. These are platforms such as The Pirate Bay, RARBG and YTS, that anyone can access without pre-conditions.

Sitting under the surface, however, are ‘private’ trackers which can only be accessed by users who have signed up for a membership.

Private trackers offer more tightly curated collections of every type of content imaginable, often accompanied by systems that enforce strict sharing. These have the aim of ensuring that everyone contributes to the site in some way, thus producing improved download speeds. As a result, membership is considered a privilege by many.

Most private trackers are smaller than their public counterparts but some buck the trend. An excellent example is Romania-based Filelist.ro, which currently boasts more than a million members who, according to SimilarWeb stats, made between 7.5 million and 10 million monthly visits this year.

Filelist was founded way back in 2007, celebrated its 12th birthday last December, and is frequented by users from all over the world thanks to its largely English-language interface. Now, however, trouble is on the horizon.

After the site’s main domain (Filelist.ro) became inaccessible, the usual rumors about raids and similar events began to circulate. Early reports suggested that the domain may have been seized but actions of this type are relatively rare in Romania so were initially passed off as rumor by some, despite the site’s administrators previously informing users that a move to Filelist.io was underway.

It is now clear the site is facing a criminal investigation. 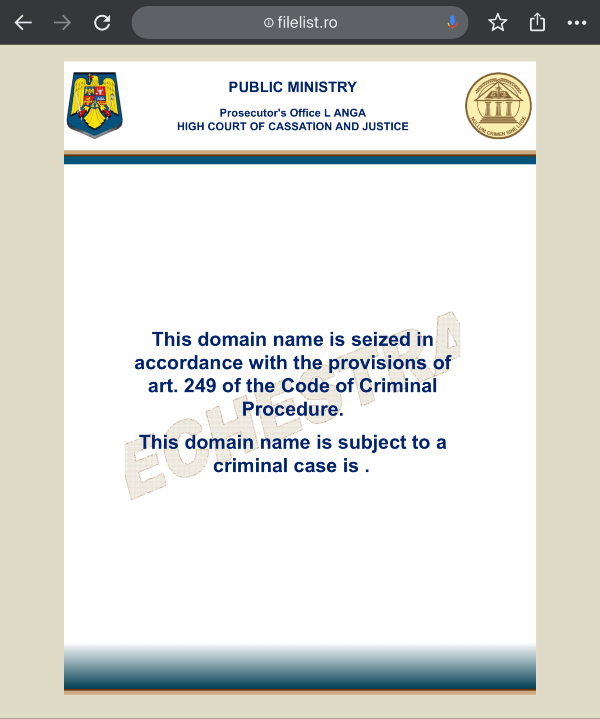 While a seizure image on the site’s former homepage is enough to raise the alarm, the domain’s underlying technical details reveal that the domain has indeed been seized.

After being registered in August 2007, the domain now uses the nameservers of mpublic.ro, Romania’s Public Ministry which is comprised of various prosecutor’s offices and together with the courts represents the country’s judicial authority.

The notice reveals that the seizure took place as part of a criminal investigation being overseen by the High Court of Cassation and Justice, the highest court in the land. A statement issued by the site’s operators indicates they are in the dark about the seizure so initially delayed making an announcement hoping further information would become available.

It appears they knew something was wrong almost a month ago, when they announced that the site’s filelist.ro and flro.org domains would begin redirecting to a new domain, filelist.io. That new domain was registered on April 6, 2020.

The authorities in Romania are yet to issue a statement about the seizure but according to an announcement by Filelist’s operators just as the weekend was set to begin, users of the site have no need to be concerned.

“Since the beginning of this site measures have been taken to protect users. Meaning that, even if by one method or another the authorities seize the server, there are multiple protection and encryption systems to prevent access to the database and/or other files,” they wrote.

“We care very much about the security and anonymity of our users. No personal data is stored on the server anyway. No allegations have been brought to our attention and we will continue to fight for the right of our users to free speech and communication.”

That Filelist is operating from its new domain seems a fairly clear indication that the tracker’s server has not been seized. However, the existence of a criminal investigation is not good news for its operators or users.

No one but Filelist’s operators can know what type of security measures have been put in place to protect user data but private trackers are known for collating lots of information about their members as part of their efforts to ensure that sharing polices are tightly adhered to.

As highlighted in the USTR’s latest Special 301 Report, Romania kept its place on the Watch List this year, with the agency noting that online and broadcast piracy remains a “challenging enforcement issue” in a country “lacking effective enforcement”. Filelist was not reported in the USTR’s overview of Notorious Markets, however.