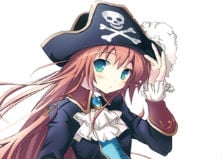 
Manga publisher Shueisha is running a survey on its MANGA Plus service. Many of the questions seek information to help improve the platform but others raise a few concerns. Users are invited to confess to being pirates, say whether they are heavy users of pirate sites, and then name the pirate sites they use the most. Savvy business move or something more sinister?

For many years Japanese manga companies had a tendency to ignore the majority of overseas markets, despite the potential for lucrative trade.

However, powered by a global Internet and passionate fans with translation abilities, scanned copies of manga titles first trickled and then flooded into the West, creating a massive market and future demand for this Japanese cultural product where none previously existed.

Manga pirates often take credit for what amounted to a highly successful unpaid marketing project but having seen the potential, manga publishers understandably want this market for themselves. In more recent years, great strides have been made toward giving manga fans outside Japan improved legal options but pirate sites still exist and publishers now want them gone.