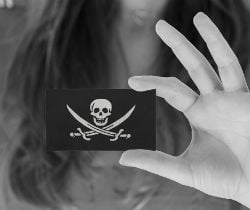 
Following a complaint from Japanese publishers and a criminal process in China, a man in his thirties has been sentenced for operating MangaBank, a massive manga piracy site that shut down in 2021. Local authorities found no copyright infringement in China but accepted that the man’s behavior ran contrary to the right of communication to the public.

Japanese manga publishing giants Shueisha, Kadowaka, Kodansha, and Shogakukan are on a mission to disrupt piracy in any way possible.

Late October 2021, a law firm acting for Shueisha filed an ex parte application at a California district court seeking discovery of information for use in a foreign proceeding.

In our initial report we listed several domains of interest to Shueisha, all with a common denominator – connections to huge manga piracy site MangaBank. At the time the site was enjoying an estimated 81 million visits per month, making it Japan’s 44th most popular site overall.