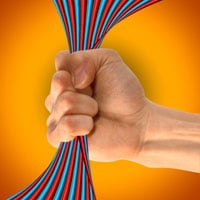 
Comcast has joined AT&T and Verizon to become the third U.S.-based ISP to be sued for copyright infringement this month. Led by Voltage Holdings, a coalition of filmmakers says that Comcast failed to meet its obligations under the DMCA to disconnect customers repeatedly flagged for copyright violations.

The plaintiffs alleged that by failing to terminate subscribers that had been accused of copyright infringement multiple times, Cox failed to meet its obligations under the DMCA.

The decision is being appealed but in the meantime other ISPs face similar allegations, including AT&T and Verizon, who were sued earlier this month.