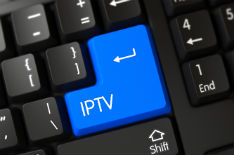 
Top-tier football league LaLiga and subscription TV platform Movistar Plus+ have won a joint lawsuit in Spain that allows them to block IPTV services until 2025 without needing permission from the courts. A second lawsuit won by Movistar Plus+ allows the TV platform to advise local ISPs of piracy-facilitating sites on a weekly basis and have them blocked within three hours.

During the 2020/21 season, LaLiga clubs achieved revenues of almost 3.2 billion euros and with the assistance of LaLiga’s own anti-piracy division, the football group only wants to see that increase.

Owned by Telefónica, one of the world’s largest telecoms and internet companies, Movistar Plus+ is the largest TV subscription platform in Spain. Through sports streamer DAZN, Movistar Plus+ has a distribution deal to air LaLiga matches until 2027, and everyone involved would prefer LaLiga fans to pay for their content, not pirate it.