Kim Dotcom suggested this morning that he’ll be mobilizing former users of Megaupload against presidential candidate Joe Biden. Dotcom says that everyone who ever uploaded to the site from a US IP address will receive a video link via email detailing how Biden claimed he was behind the destruction of Megaupload. Meanwhile, Dotcom believes the US government won’t get its hands on him for years, if ever.

After being targeted by the US government in 2012, it seems possible that Kim Dotcom may yet slip through the hands of at least two presidents and potentially more.

It’s now seven years since the raids that dismantled his Megaupload empire yet Kim Dotcom is still in New Zealand and leading what appears to be a very privileged life.

At the same time as fighting with every legal bone in his body, he is clearly determined to stir up a political storm in the United States too, a country he will remind you again and again that he has never even been to. For Dotcom, you see, there are old scores to be settled.

Dotcom is convinced that current Democratic presidential candidate Joe Biden was the political driving force behind the fate of Megaupload. The former vice president burnt the file-hosting site to the ground as a “gift” to his friends in Hollywood, Dotcom insists. And soon, it will be payback time.

In a series of tweets this morning, Dotcom said that next year he will be mirroring his infamous campaign against former candidate Hillary Clinton to ensure that Joe Biden never sets foot in the White House.

“Like @HillaryClinton he’s corrupt to the core and can never become US President. Watch me in 2020,” he warned.

Dotcom usually plays some of his cards close to his chest, while teasing others well in advance of their production. However, he’s now on record that he’ll be using a database of former Megaupload users apparently still in his possession to mobilize against Biden.

“Still waiting to get access to your Megaupload files?” he wrote.

“I will email 30 million former US Megaupload users a video link in 2020 explaining how @JoeBiden destroyed your favorite website. Most of you were teenagers or students then but now you’re voters. Let’s retire Biden together,” the Megaupload founder added.

Putting the two parts together suggests that Dotcom not only has uploaders’ IP addresses to geo-locate them but their corresponding email addresses too. With the statute of limitations long exceeded in cases of alleged copyright infringement, errant users probably shouldn’t be too concerned, even if those can be matched to uploads.

While it seems extremely unlikely that any will ever get access to their files again, Dotcom says they will be receiving something else from him, something that he hopes will undermine both Biden and his campaign.

“Everyone who ever uploaded a file to Megaupload from a US IP address will receive this video link about how @JoeBiden abused his power to destroy Megaupload, incl. commentary from an insider and Biden bragging to a lawyer we planted at a fundraiser that HE destroyed MU,” Dotcom added.

Although the content of the forthcoming video is yet to be seen, the allegations against Biden certainly aren’t new. They are almost as old as the case against Dotcom himself, which has been moving at a glacial pace since its inception more than three-quarters of a decade ago.

And according to Dotcom, it might still only be at its halfway point.

In June, after a tortuous path through the lower courts, New Zealand’s Supreme Court heard the extradition case against Dotcom. It is yet to hand down any decision but even at this stage, the Megaupload founder is making his predictions. In tweets over the past several weeks, Dotcom has predicted that he will lose by a slim margin.

“I can tell you from my experience with the Courts that relationships are more important than laws. Judges are appointed to support the govt of the time and not for guardianship of the law. My upcoming 2-3 Supreme Court judgment will prove my point,” he wrote last week.

But even then the show won’t be over, far from it.

At the time of writing, Dotcom claims that he’s has already been on bail longer than anyone in New Zealand’s history but he’s vowing to stick it out “until the end” while making as much mud stick as he can – both at home and in the United States.

“My case is the biggest stain on New Zealand’s rule of law. My gift to the ‘independent’ Judiciary,” he concludes. 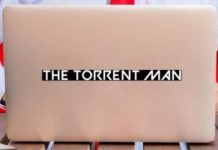 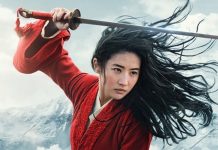