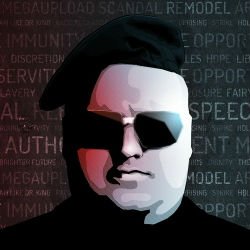 
A few minutes ago a panel of judges at the Supreme Court of New Zealand announced that Kim Dotcom and his former Megaupload colleagues can indeed be extradited to the United States to face copyright infringement charges. However, in an unexpected twist, the Court has granted the defendants the ability to challenge the decision via a judicial review.

Ever since Megaupload was raided in 2012, the US Government has been trying to ship Kim Dotcom, Mathias Ortmann, Bram van der Kolk, and Finn Batato out of New Zealand but the path has not been smooth.

The process in New Zealand begins when a country, in this case the United States, asks a local court to determine whether the people to whom it desires access are eligible to be extradited under the Extradition Act 1999.

In basic terms, this means that the US needed to show that the alleged offenses would result in a trial in New Zealand if they had taken place there, i.e the offenses were crimes in both countries. Dotcom has long argued against this assertion, insisting that his long-defunct Megaupload service enjoyed “safe harbor” protections under New Zealand law.

Extradition Hearing at the Supreme Court

After several lower courts determined that the Megaupload defendants can indeed be extradited to the United States, in June 2019 the New Zealand Supreme Court heard the hugely controversial matter. The ‘Megaupload Four’ were hoping that a panel of judges at the country’s highest court would see things in a different light and deny the United States an opportunity to try the men on US soil.

Dotcom previously predicted that the Supreme Court would return a 3:2 majority in favor of extradition but what has transpired today does not provide the absolute finality many observers expected.

Dotcom Can Be Extradited But Can Challenge This Decision

In a decision handed down minutes ago, the Supreme Court confirms that Dotcom and his Megaupload colleagues can technically be extradited to the United States to face charges of criminal copyright infringement. However, the Court has also granted the quartet permission to challenge the decision via a judicial review.

The issue lies with a 2015 decision at the District Court which ruled that Dotcom could be extradited. The Megaupload founder’s legal team argued that the court had made errors in its judgment but their calls for a judicial review fell on deaf ears at the High Court and Court of Appeal. In its judgment today, the Supreme Court said that those higher courts were wrong to determine that Dotcom’s application for a judicial review was an abuse of process.

This means that yet more legal arguments will have to be heard. If Dotcom and his colleagues fail at that stage, they will be eligible for extradition. However, any extradition would only take place on copyright grounds since the Supreme Court has ruled that the men are not eligible to be surrendered in respect of money laundering since there is “no matching New Zealand offense.”

Describing the judgment as a “mixed bag”, Dotcom’s lawyer Ron Mansfield says that the judgment gives no final answer to the question of whether his client should be extradited. He also notes that the Supreme Court did not accept the defense’s safe harbor copyright arguments, something which could have “an immediate and chilling” impact on the Internet.

“It will be interesting to see how the challenges now faced by Internet Service Providers are responded to. Can they live with it? Will it result in access restrictions and further costs that we will all incur as a result? Or will our Government be lobbied to intervene and provide real and workable protections for them?” Mansfield questions.

On the plus side, Mansfield appears satisfied that the Supreme Court has determined that the defense should be able to address the “serious procedural issues” that have arisen in the case.

“This means there will be further argument in the Court of Appeal and/or the Supreme Court regarding these significant concerns that are well established in the evidence. This is significant and means that nothing further can happen until the further required hearings take place.

“Kim stays here, at home, with his family,” Mansfield concludes.