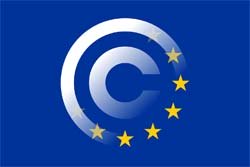 Websites that produce and publish their own content usually have little to worry about under copyright law but for those that utilize content originally published elsewhere, life is more complicated.

In a few rare cases, copyright disputes cannot be immediately settled by local courts in the EU so they are referred to the region’s top court, the EU Court of Justice, for clarification. This was the case with a dispute involving Deutsche Digitale Bibliothek (DDB), a library website based in Germany.

Digital Showcase Must Be Protected From Third-Party Use

The main aim of the DDB project is to provide free access to the cultural and scientific heritage of Germany via the Internet, i.e. to millions of books, archives, pictures, sculptures, pieces of music and other audio documents, films, and sheet music.

To achieve its goals, the library links to digitized content stored on the various Internet portals of its participating institutions, displaying thumbnails of that content in what is described as a “digital showcase”.

DDB operator Stiftung Preußischer Kulturbesitz points to a licensing arrangement with copyright collecting society Verwertungsgesellschaft Bild-Kunst (VG Bild-Kunst) to display the thumbnails. However, that comes with a requirement for DDB to use technical measures to prevent third-party websites from displaying those thumbnails using the ‘framing’ technique.

For reference, perhaps the most common example of framing is where a YouTube video is placed on a third-party website in a ‘frame’ but is delivered from YouTube itself and is not hosted by the embedding site.

The requirement to prevent framing was considered unreasonable by Stiftung Preußischer Kulturbesitz. The foundation took its case to court in Germany requesting a ruling that VG Bild-Kunst is required to grant a license without the condition that DDB’s showcase is protected by technical measures to prevent framing.

With clarification needed, the Federal Court of Justice asked the EU Court of Justice to interpret the Copyright Directive, which requires member states to provide rightsholders with the exclusive right to grant or prohibit any communication to the public of their copyright works.

On Friday, the EU Court published Advocate General Maciej Szpunar’s opinion on the matter. Such opinions are not legally binding but in most cases the EU Court of Justice adopts the Advocate General’s recommendations in its final decision. In this case, Stiftung Preußischer Kulturbesitz and DDB appear to have the law on their side although the final decision will be for the German court to decide.

“[E]mbedding in a webpage of works from other websites (where those works are made freely available to the public with the authorization of the copyright holder) by means of clickable links using the framing technique does not require the copyright holder’s authorization, since he or she is deemed to have given it when the work was initially made available,” the Court’s summary of the advice reads.

“Such measures restrict neither access to a work nor even a means of accessing it, but only a manner of displaying it on a screen. In those circumstances, there can be no question of a new public, because the public is always the same: the public of the website targeted by the link,” the opinion adds.

A simple example of ‘inline linking’ can be found when a copyrighted image is published on one site then a second site publishes that image by directly linking to the original source URL.

In a news article, for example, a picture posted by the New York Times at https://nytimes.com/image.jpg can be reproduced on a third-party site using that same URL, displaying it automatically and making it appear that the content is actually hosted on the second site, with appropriate permission. According to the opinion, this is not acceptable.

“[T]he embedding of such works by means of automatic links (inline linking, the works being displayed automatically on the webpage viewed as soon as it is opened, without any further action on the part of the user), normally used to embed graphics and audiovisual files, requires, according to the Advocate General, the authorization of the holder of the rights in the works,” the EU Court writes.

“Where those automatic links lead to works protected by copyright, there is, from both a technical and a functional point of view, an act of communication of those works to a public which was not taken into account by the copyright holder when the works were initially made available, namely the public of a website other than that on which that initial making available of the works took place.”

A key difference between inline linking and framing, the opinion notes, is that the user cannot determine where an image has come from since there is no visible link to the original publishing site. As a result, it “cannot be presumed” that the copyright holder took these secondary users into account when authorizing the original platform to publish the work.

While ‘inline linking’ is therefore generally disallowed, exceptions can exist, such as when works are used for the purposes of “quotation, caricature, parody or pastiche”.

In 2014, the EU Court of Justice ruled that embedding a file or video in a webpage in a frame is not a breach of copyright, as long as the content isn’t altered or communicated to a ‘new public’.

In that case, the original content had been uploaded to YouTube without the creator’s permission and embedded in a second site. However, that initial infringement wasn’t carried through to the second site as the content was presented in a frame and wasn’t considered a new communication to the public.

The full opinion, which is now part of the EU judge’s deliberations, is available here. Judgment will be handed down in due course.