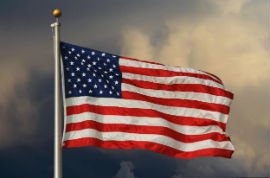 After several years of public consultations and stakeholder meetings, the US Copyright Office published its review of the DMCA’s safe harbor provisions this May.

The report doesn’t propose any major overhauls of the DMCA. Instead, it aims to fine-tune some parts, to better balance the interests of copyright holders and online service providers (OSPs).

The more drastic suggestions were put on the backburner. Those include pirate site blocking and a ‘takedown and staydown’ requirement for online services, which would require mandatory upload filtering.

The report is influential and serves as a basis for future legislation. However, no bills have been tabled yet. Instead, discussions remain ongoing and yesterday the House Judiciary Committee held a stakeholder hearing on the report that itself was the result of numerous stakeholder meetings.

The hearing allowed representatives from various sides to have their say on the Copyright Office report. This, once again, showed that artists and copyright holders are demanding stricter regulation. At the same time, technology companies and civil rights groups warn against the negative consequences of drastic measures.

The only overarching conclusion, if there is one, is that the current DMCA is not perfect. However, the parties clearly differ on what, if anything, should change.

Last year “upload filters” were a hot topic when the EU drafted its new Copyright Act and the topic is high on the US agenda as well. In its report, the Copyright Office cautioned that further research would be required for it to be seriously considered. According to many artists and rightsholders, however, it’s a no-brainer.

“Because they operate automatically, these algorithms have the remarkable power to almost instantaneously erase speech — including political speech, education, news, and speech which supports the livelihoods of millions of creators who derive their primary income via platforms with algorithmic content matching,” she testified.

This notion was contested in the testimony of actress and singer Morgan Kibby, who represented the voice of smaller individual creators. A voice that was amplified and supported by the music industry group RIAA.

“I’ve heard some claims that implementing a system that takes down infringing copies promotes censorship. However stripping creators of their fundamental rights, their livelihood, and ultimately their creative contributions is the real censorship,” Kibby said.

The current system stifles creation according to Kibby, who suggests that online services are reluctant to change because they indirectly profit from the traffic generated by pirated content. In any case, it wouldn’t be hard for tech companies to do more.

“Clearly, service providers can do more. My area of expertise is art; theirs is technology. They can create algorithms to help you discover new artists or predict what song you want to hear next; surely they can find ways to curtail the flow of infringing works on their platforms,” she noted.

These are just two fragments from the testimonies that were given, but they clearly set the tone. There is little disagreement. This also applies to the “repeat infringer” issue.

The DMCA currently requires ISPs and hosting services to implement a reasonable policy to deal with frequent offenders. However, the law doesn’t clearly define what a repeat infringer is and when a termination is appropriate, which has led to a lot of uncertainty.

In its report, the Copyright Office recognized this problem and urged lawmakers to provide more clarity, without providing any concrete suggestions. The various testimonies yesterday offered several suggestions, but again, there’s little agreement.

The Copyright Alliance, for example, said that it’s easy for persons to resubscribe after being disconnected, and it urges the Government to ensure that repeat infringer policies become more effective.

“That is why OSPs and copyright owners, with the assistance of government, need to work together to ensure that repeat infringers policy are effective and being implemented as intended. Through such cooperation, OSPs should be able to adopt more acceptable repeat infringer policies.”

At the same time, Jonathan Band from the Library Copyright Alliance spoke out against any changes to the standards for terminating the accounts of repeat infringers. Instead, he urged lawmakers to look more closely at the abuse of takedown notices.

“The Copyright Office report itself did not give sufficient weight to the problem of the abuse of the notice-and-takedown system. Despite evidence that as many as 30 percent of notices are defective in some manner, the Office did not recommend any concrete action by Congress to protect fair use and free speech.”

Overall, however, the Library Copyright Alliance is pretty satisfied with the current DMCA and it warns against drastic changes that may upset the current system.

“We live in a golden age of content creation and distribution. The DMCA is in large measure responsible for this golden age. It is a shining example of enlightened legislation for the public good. We disturb it at our peril.”

This stance runs completely counter to that of some artists and rightsholders, who believe that the DMCA is broken and argue that change is absolutely necessary.

“It’s worse than just broken,” Kibby notes in her testimony. “It is undermining creativity, and more alarmingly, quietly undercutting our next generation of artists. It is jeopardizing livelihoods for working-class musicians, obliterating healthy monetary velocity in our creative community.”

There’s More than the DMCA

Finally, Matt Schruers from the CCIA, which represents major tech companies including Amazon, Google and Facebook, stressed that promoting legal access can do more than any DMCA changes can.

“In the sense that ‘the best defense is a good offense,’ the most effective way to prevent the infringement of copyrights is to ensure that members of the public, most of whom want to pay for content, can lawfully consume works digitally whenever and wherever they want,” Schruers said.

In many ways, yesterday’s hearing was a repeat of the same arguments we have heard in many hearings, meetings and panels over the years. If it made anything clear it’s that it will be impossible to come up with a solution that pleases everyone involved. But perhaps that’s something to discuss in the next meeting.