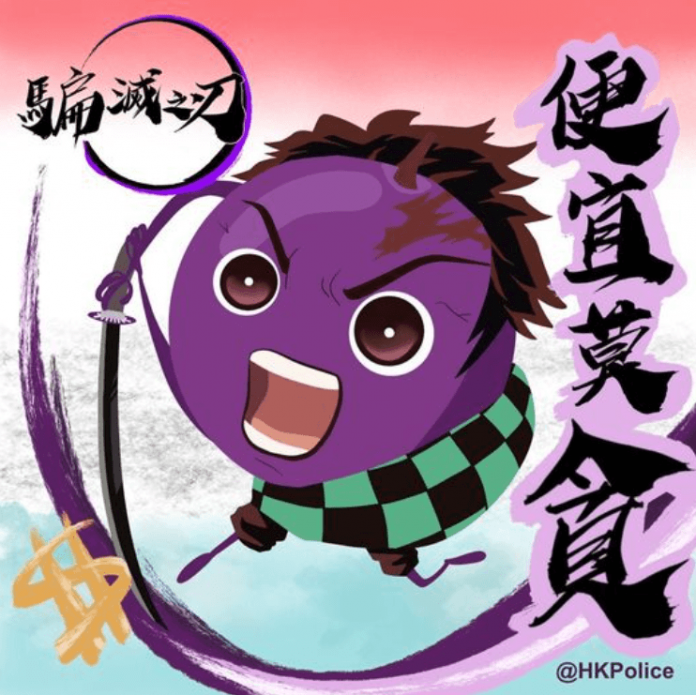 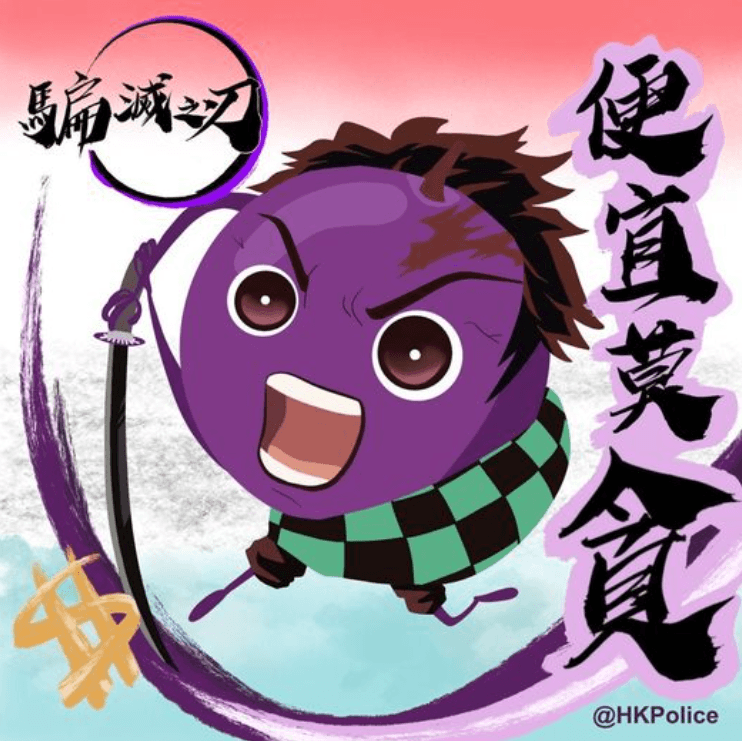 While the world has been struggling with the ongoing coronavirus pandemic, very few notable movies are being released to the public.

Christopher Nolan’s Tenet was a notable exception but with cinema audiences decimated, even that movie failed to reach anything like its full potential.

But as with most rules, there are exceptions.

Just last month, filmmakers released a movie that was not only an instant smash hit but is already one of the most popular Japanese-made movies of all time, despite the pandemic.

Released in Japan on October 16, 2020, Demon Slayer: Kimetsu no Yaiba the Movie: Infinity Train has done incredibly well by any standards. The anime movie is already the highest-grossing Japanese film of 2020 and is believed to be one of the highest-grossing movies in the country, period. Needless to say, that also makes it one of the most successful anime films ever too.

Based on the manga series Demon Slayer: Kimetsu no Yaiba, which in itself is the best-selling manga series of all time, the franchise has huge numbers of fans who enjoy the adventures of lead character Tanjiro Kamado, whose kind and determined nature has elevated him to hero status.

A combination of all of these factors has led to an intellectual property drama in both Japan and China, one that has surprisingly caught the attention of the government too.

Given that millions of people are now familiar with Tanjiro, it will come as no surprise that he’s become a part of popular culture, particularly in East Asia but also further afield too. However, a decision by Hong Kong Police to use his likeness in an anti-crime initiative hasn’t gone down well with fans.

Last week a post appeared on Facebook presenting the new face of Hong Kong police’s anti-fraud campaign. Albeit mainly bright purple, the ‘new’ character was immediately confronted with claims of being a ‘rip-off’ of Kanjiro, something that some considered just a little ironic considering the nature of a fraud prevention campaign.

To the untrained eye, similarities might not be blatantly apparent but when taking a closer look, many things become more obvious. When placed side by side in the image below, it’s much easier to see why hardcore fans are less than impressed. 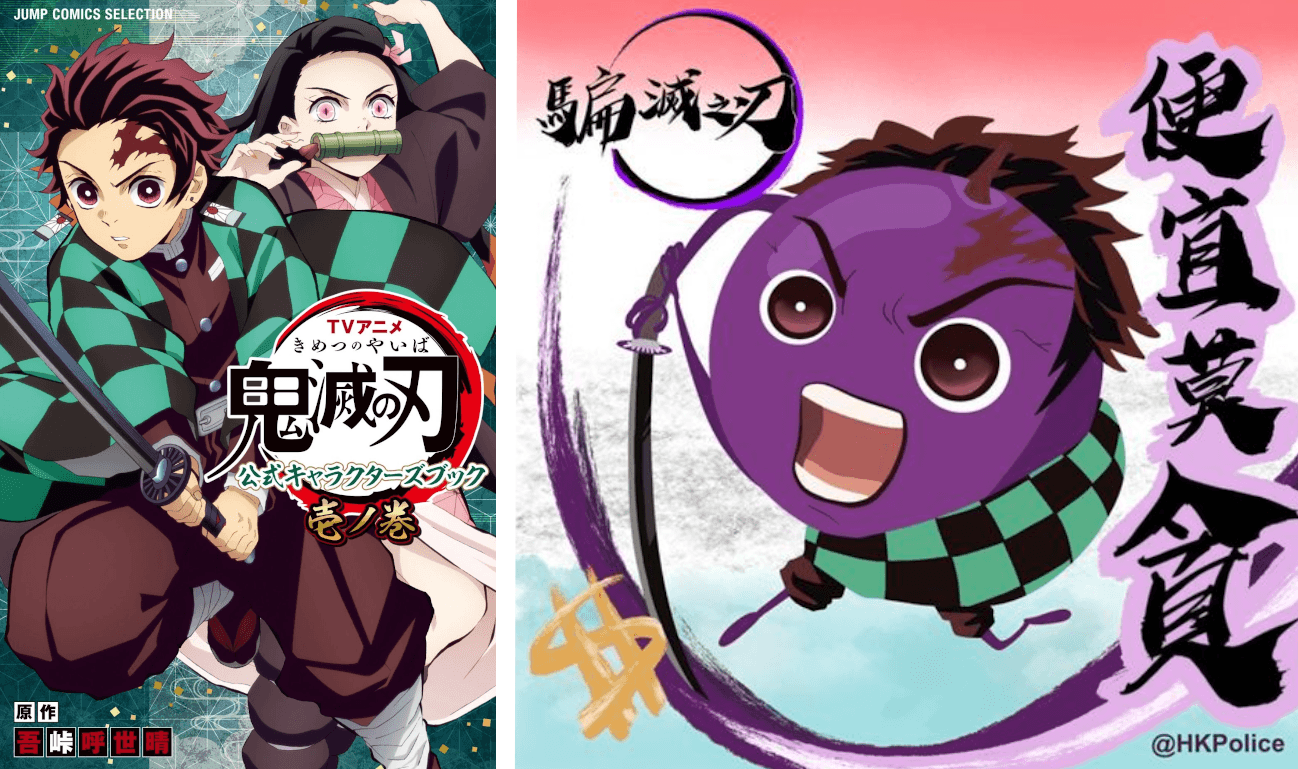 With similar hair, jacket and pants in exactly the same color schemes and designs as those sported by Tanjiro, it’s not hard to see where the police artist drew his influence.

The sword is another obvious element too along with the eyebrows, but when looking at both characters’ foreheads, ‘purple guy’ (who the police say is called ‘Grape’) also has exactly the same marking as Kanjiro which, according to the series, is not a tattoo but a birthmark.

While this type of usage might normally find itself glossed over, this matter has attracted the interest of Japan’s Chief Cabinet Secretary Katsunobu Katō.

Noting that he prefers not to comment on specific cases, during a meeting yesterday the Minister did acknowledge that the image posted by Hong Kong Police does indeed resemble Tanjiro, so he took the opportunity to reiterate Japan’s strong stance towards the infringement of local content including manga and anime.

Stating that protecting the rights of Japanese animation is important, Minister Katō added that he wants to “take proper measures” to protect intellectual property wherever possible. There’s no immediate indication that anything will be done to prevent Hong Kong Police from using the image moving forward but we were interested to know whether such use is actionable in Japan or indeed Hong Kong, given the public outcry.

Japan’s Copyright Act Has No Fair Use Doctine

After speaking with an anime expert yesterday who advised that, in his opinion, ‘Grape’ is “a rather obvious parody” of the movie’s main character Tanjiro, TorrentFreak contacted Masaharu Ina, Director of Overseas Copyright Protection at Japan-based anti-piracy group CODA. He confirmed that there is no fair use doctrine under the Copyright Act but said a parody defense is available.

“Parody defense is permitted under the Japanese Copyright Act and has been successfully engaged as a defense against copyright (or trademark) infringement at Japanese Court,” he explained.

In this case, however, he doubts whether the similarities could be actionable as copyright infringement.

“Yes, ‘Kimetsu no Yaiba’ (aka ‘Demon Slayers’) is a copyrighted work. However, just the fact that the Hong Kong design utilizes certain features of the hero of ‘Demon Slayers’ does not constitute a copyright infringement as a matter of law. To constitute a copyright infringement, the design in question must be identical or confusingly similar to the original design. To my eyes the two designs do not appear to be similar enough,” he said.

All of that being said, CODA’s director seems convinced that Hong Kong Police knew what they were doing when they created the new character. As it turns out, when one can read the text that accompanies the image of ‘Grape’, it’s actually there in black and white.

“Interestingly, the design is accompanied by the name of the character that is similar to the original Japanese character and also the name ‘Kimetsu no Yaiba’ in Chinese characters are inserted at the left-top corner, which makes me believe that the Hong Kong Police tried to trade off of the property.

“Therefore, it seems that the design was made on a rather questionable intention, but I do not believe that it constitutes copyright infringement,” he concludes.