With the infamous pirate release group Hive-CM8 appearing once again, ‘screener season’ is in full swing. The group previously promised not to upset Hollywood too much, but it isn’t shying away from major releases. In the group’s most recent release notes, it specifically requests access to some major titles, including Frozen 2 and Star Wars: The Rise of Skywalker. 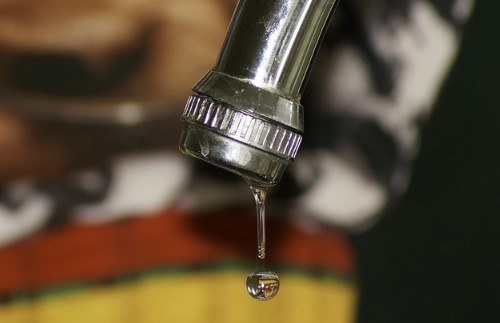 At the end of the year, movie industry insiders traditionally receive the screener copies that are used to vote on the Oscars and other awards.

As is tradition, quite a few of these advance screeners will leak on various pirate sites. Last Christmas, the first screeners had yet to leak, but this year pirates got their presents early.

The first screener copy that leaked last week was ‘Uncut Gems,’ which was soon followed by ‘Portrait of a Lady on Fire.’ This week ‘JoJo Rabbit’ followed, and just a few hours ago a copy of ‘A Beautiful Day in the Neighborhood’ appeared online.

The movies came out via release groups EVO and Hive-CM8, which both have a track record of getting their hands on these screeners.

Hive-CM8 has drawn considerable attention in the past due to the timing and volume of its releases. Four years ago high-quality copies of some of the hottest Hollywood productions appeared online, with some titles even beating their official theatrical releases.

This sparked outrage from Hollywood and an unprecedented apology from Hive-CM8. Going forward, the group promised not to release any movies too early. And indeed, in the three years that followed, leaks came later and in lower numbers.

However, that doesn’t mean that the group plans to stay away from blockbuster titles entirely. In the notes that come with today’s release of A Beautiful Day in the Neighborhood, Hive-CM8 specifically fishes for some top titles.

“We are looking for frozen/star wars/1917/knives out. Who wants to be the hero that can get that for us?” the group writes.

While that may sound appealing to some people, it also shows that the group doesn’t have access to these screeners yet. This means that it’s very possible that they won’t leak at all.

Last year, Hive-CM8 called upon the public to help them get Creed 2, Destroyer, Mortal Engines, Frontrunner, Vox Lux, and Marven. However, of these screeners only Destroyer made it onto pirate sites.

Needless to say, there is quite a bit of risk involved with these leaks. People who share them through BitTorrent are already at risk, but the sources of these leaks are prime candidates for criminal investigations.

Despite changing its release schedule to accommodate Hollywood, Hive-CM8 shows no intention of halting its activities. It apparently has its security in order and mentions that protecting sources is its main goal.

“We will remove all kind of watermarks and digital tracers. If its not possible or suspicous security they wont get out, there is no need to do every title if its not secure enough, we dont want to burn a source [sic],” the group writes.

That said, Hollywood and enforcement agencies are certainly keeping a close eye.

Last year, the number of screener releases reached an all-time low with ‘just’ eight making their way to pirate sites. Thus far the count is at four this year.