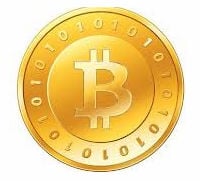 
The High Court in London has issued an injunction in favor of Craig Wright, the self-professed inventor of bitcoin. The Australian computer scientist filed a copyright infringement lawsuit against ‘Cøbra’, the operator of Bitcoin.org, demanding that they stop making available a copy of the bitcoin white paper published under the pseudonym Satoshi Nakamoto in 2008.

It is widely accepted that the person (or persons) who developed bitcoin did so under the name Satoshi Nakamoto. The big question is what real-life identity or identities lie behind this presumed pseudonym.

Over the years, several people have been named in the press as likely candidates, either following investigations, apparent confessions, or a combination of both.

In 2015, Australian computer scientist Craig Wright was named by Wired as the probable inventor of bitcoin but the publication later backtracked, reporting that evidence it reviewed appeared to be fraudulent.

This apparent setback did not deter Wright from continuing to claim that he is indeed Satoshi. In 2019, Wright increased the pressure by using libel laws in both Norway and England in an attempt to silence people who labeled him as a fraud. Wright also registered copyrights in the United States for the bitcoin white paper and bitcoin’s original code.

In January 2021, the operator of Bitcoin.org (who operates under the pseudonym ‘Cøbra’) reported that lawyers acting for Wright had contacted Bitcoin.org and Bitcoincore.org with allegations of copyright infringement, demanding that they stop distributing the bitcoin white paper from their domains.

Bitcoincore.org complied but Bitcoin.org did not.

“The Bitcoin whitepaper was included in the original Bitcoin project files with the project clearly published under the MIT license by Satoshi Nakamoto,” Cøbra wrote.

“We believe there is no doubt we have the legal right to host the Bitcoin whitepaper. Furthermore, Satoshi Nakamoto has a known PGP public key, therefore it is cryptographically possible for someone to verify themselves to be Satoshi Nakamoto. Unfortunately, Craig has been unable to do this.”

Cøbra signed off defiantly, insisting that he would not be “silenced or intimidated”, but that would not be the end of the matter.

Copyright Infringment Claim in the UK

After Cøbra refused to comply, Wright instructed lawyers at ONTIER LLP to pursue a copyright infringement claim. Proceedings were issued on February 24, 2021 in the High Court and in April, Wright was granted permission to serve the still anonymous Cøbra via email.

After being served on April 26, 2021, Cøbra had until May 18, 2021, to file a defense to the proceedings. After that deadline passed, Wright applied to the High Court for a default judgment. In the Chancery Division yesterday, Judge Hodge QC granted a default judgment against Cøbra.

The remote hearing took place without Cøbra in attendance. As a result, the Court ruled entirely in Wright’s favor, handing down an injunction that prohibits the Bitcoin.org operator from making the white paper available for download via their website or by any other means.

In addition, Cøbra was ordered to publish a copy of the High Court’s order on Bitcoin.org for six months. The Court also ordered Cøbra to pay Wright’s costs (around £35,000 thus far) and ordered an inquiry to establish the level of damages caused by breaches of Wright’s copyrights in the UK.

Simon Cohen, Senior Associate at ONTER LLP, says that the judgment represents another step forward for Wright in his mission to assert his position as author of the bitcoin white paper.

“This is an important development in Dr Wright’s quest to obtain judicial vindication of his copyright in his White Paper. Although he has secured victory today by default because no defense was forthcoming, it is notable that the English court has nevertheless injuncted ‘Cøbra’ from making the White Paper accessible in the UK,” Cohen says.

“Dr Wright does not wish to restrict access to his White Paper. However, he does not agree that it should be used by supporters and developers of alternative assets, such as Bitcoin Core, to promote or otherwise misrepresent those assets as being Bitcoin given that they do not support or align with the vision for Bitcoin as he set out in his White Paper.”

At the time of writing the white paper is still being made available from Bitcoin.org and there is no copy of the High Court order. However, Cøbra did take to Twitter to criticize Wright and complain about the legal system.

All your fiat based assets are ultimately secured by the same legal system that today made it illegal for me to host the Bitcoin whitepaper because a notorious liar swore before a judge that he’s Satoshi. A system where ‘justice’ depends on who’s got the bigger wallet.

In an apparent offer to cover Wright’s legal costs, Cøbra offered to pay in bitcoin to block 9, which was mined by Satoshi Nakamoto in January 2009. If Wright is indeed Satoshi, he would directly receive the funds, Cøbra appears to suggest.

Happy to pay Craig his costs for the Bitcoin whitepaper case.

How does a BTC payment to the address associated with block #9 sound? https://t.co/dxMWIrnkGx

Whether Cøbra will comply with the High Court’s instructions is currently unknown. Earlier this week in a post to Twitter, Cøbra said that non-compliance would “probably” mean that ISPs in the UK would be ordered to “block parts or all of bitcoin.org for copyright infringement.”

Given the overwhelming non-infringing nature of Bitcoin.org that currently seems unlikely but Wright is clearly a man on a mission, one that isn’t afraid to spend large volumes of cash to achieve his goals.