The rightsholder of the movie Hellboy wants the alleged operator of popular torrent site MKVCage to pay $270,000 in copyright infringement damages. The damages, which are calculated based on the film’s purchase price, are part of a proposed default judgment the company submitted to a federal court in Hawaii. MKVCage, meanwhile, remains missing in action. 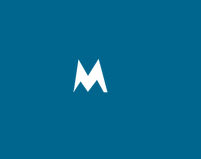 A group of movie companies, operating under the parent company Millennium Funding, has broadened its anti-piracy efforts over the past year or so.

Where the makers of films such as Hellboy, Hitman’s Bodyguard, and Mechanic: Resurrection previously focused on individual pirates, they have upped the ante by targeting site owners as well.

These efforts enjoyed some success including the shutdown of the popular app Cotomovies and settlements with torrent site YTS. While the latter remains online, this can’t be said for another well-known torrent site, MKVCage.

After the makers of the movie ‘Hellboy’ filed a lawsuit against MKVCage at a Hawaii District Court last summer, the site became unreachable. At the same time, the MKVCage uploader stopped pushing torrents to other sites as well. There was a brief comeback in October but soon after it went offline again.

By effectively shutting down the site, Hellboy’s makers (HB Productions) achieved part of their goal. However, in addition to stopping the infringing activity, they also want to see cash from the site’s alleged operator, a Pakistani man named Muhammad Faizan.

A few weeks go Hellboy’s attorney Kerry Culpepper submitted an amended complaint to the court. This was notable as it mentioned Pirate Bay co-founder Peter Sunde as a “notorious copyright thief” whose domain registration service Njal.la worked with MKVCage.

While Sunde is not part of the lawsuit, the complaint was a precursor to a request for a default judgment, which was submitted to the court this week. As Faizan failed to respond to the complaint, Hellboy is asking for $270,902 in damages, as well as $4,410 in fees and costs.

Hellboy doesn’t ask for statutory damages, which are capped at $150,000 per infringed work. Instead, it calculated its losses based on the purchase price of the movie and the number of “instances of infringement” that were logged in torrent swarms.

“The certain sum of $270,902.58 […] was calculated by multiplying the number of instances of infringement in the United States logged by Plaintiff’s agent by the price for purchasing a copy of the motion picture in Hawaii,” attorney Culpepper explains.

The Hawaii court has yet to sign off on this request. While it’s likely that Hellboy will come out as the winner of this case, it may be a hard for the company to recover the damages from a foreign defendant.

A copy of HB Productions’ motion for a default judgment against Muhammad Faizan is available here (pdf).