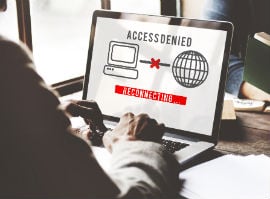 
John Grisham & Scott Turow have renewed their calls for service providers to do much more to combat online piracy. On the heels of an extremely complicated legal win over a number of pirate eBook platforms, the best-selling authors say that search engines including Google should delist pirate platforms completely and the government needs to step up funding for criminal enforcement.

Curious as to how such a lawsuit might progress, we monitored every filing in the case. Over time it became extremely clear that the plaintiffs were going to have to work extraordinarily hard to get the matter to trial, let alone recover anything from the elusive defendants.

Late December, however, the plaintiffs, which included members of the Authors Guild, prevailed after winning a $7.8m default judgment. But that win, the authors say, only serves to highlight the problems caused by foreign-based pirate sites.