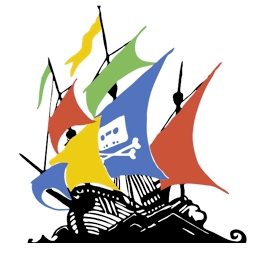 
Google has reached a new milestone. Over the past several years, copyright holders have asked the search engine to remove URLs from three million unique domains. These include blatant pirate sites such as YTS.mx and Fmovies.to, but also several unusual and innocent targets including Netflix, the BBC, and even the official White House website.

At one point, the search engine processed close to three million links per day. A dazzling number to say the least.

In recent years this number has slowly declined. This is in part due to Google’s active policy to make pirate sites less visible in its search results. After years of complaining, these efforts were well received by copyright holders.

Despite the slowdown in absolute numbers, Google continues to process plenty of takedown notices. This week, the search engine reached a new milestone. Since it started counting, it has now received takedown notices for three million unique domains.

This ‘achievement’ prompted us to take a close look at what this number is made up of. Where are all these alleged pirate sites coming from? Who are the main offenders, and which domains shouldn’t be in this list? 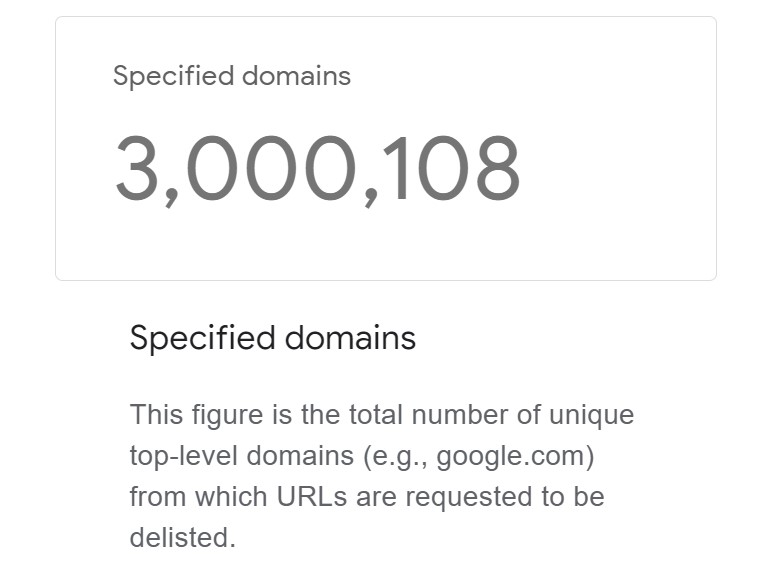 We start with the most targeted domain name, which is 4shared.com. The file-hosting service was once one of the largest websites on the Internet. While its popularity has diminished in recent years, its track record remains clearly visible in Google’s transparency report.

Since 2011, more than 5,400 copyright holders have flagged 68,348,390 ‘infringing’ 4shared.com links to Google. The vast majority of these, 91 percent, were indeed removed from search results.

This makes 4shared the absolute takedown king. The site is followed at a distance by mp3toys.xyz, rapidgator.net, chomikuj.pl, uploaded.net, which were flagged between 27 million and 52 million times. Those are still ‘respectable’ numbers of course.

While looking through the list of targeted domains it becomes apparent that it’s top-heavy. The 30 domains that were called out the most have nearly 500 million flagged URLs. This means that 0.001% of all targeted domains received more than 10% of all notices.

At the same time, we can say that the majority of the reported domains are only flagged incidentally. These may be smaller pirate sites or sites exploited by scammers to post incidental spam links. However, it’s also very common for legitimate sites to be targeted, often by mistake.

Two of the most frequently targeted legitimate sites are IMDb and Discogs. Both sites have an elaborate information database of entertainment content, either video or audio. This appears to be quite confusing to some copyright holders. Over the past years, Google was asked to remove 5,077 IMDB links and 8,198 URLs from Discogs. All of these requests were rightfully denied.

The most bizarre mistakes we’ve seen actually don’t involve a domain but an IP-address. Over the past years, several companies reported 127.0.0.1, which points to localhost, meaning that the reporter is flagging its own network.

News sites are frequently labeled as copyright infringers as well. We can look up any random news site and there’s a good chance that it’s been reported. This includes the BBC, which was wrongfully flagged by Warner Bros. The BBC, for its part, mistakenly accused TorrentFreak of being a pirate site as well.

These takedowns are relatively rare but, over time, the numbers add up. The Daily Mail, for example, had 1,991 URLs flagged, The New York Times 803 URLs, The Guardian 785 URLs, and CNN had 727 URLs reported as ‘infringing’.

Government organizations are not immune to takedown requests either. If we zoom in on the US we see that the sites of the FBI, the Justice Department, and the Senate have all been targeted. Even the White House isn’t safe, as it was called out more than a dozen times.

Although many mistakes come from rightsholders, we should mention that the takedown system is regularly abused by imposters as well. These tend to report many URLs from legitimate domains too.

All in all, it is safe to say that, on the surface, the milestone of three million flagged domains only shows part of the picture. On the one hand, it consists of a small group of notorious pirate sites. However, there are many more sites that don’t really deserve to be reported.