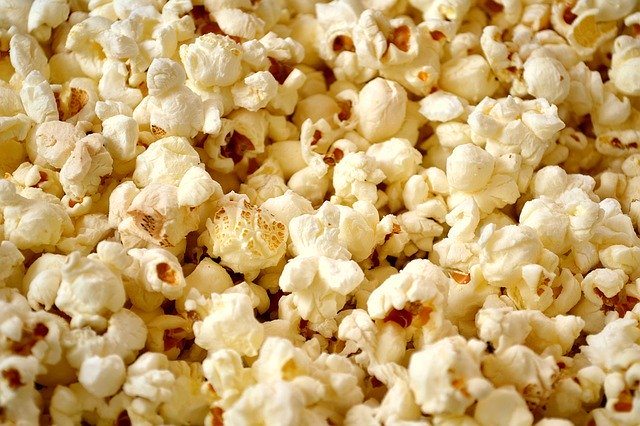 
Google has asked a Virginia federal court for permission to formally oppose the request for a far-reaching anti-piracy injunction. The contested anti-piracy measures, aimed at shutting down a popular Popcorn Time app, are proposed by a group of filmmakers. However, Google fears that the proposed blocking efforts go too far.

For more than seven years, Popcorn Time has been a thorn in the side of movie studios large and small.

The ‘Netflix for Pirates’ offers an easy-to-use application that opens the door to a library of thousands of streamable movies and TV shows.

The Motion Picture Association (MPA) recognized this threat early on and pressured the original developers to throw in the towel. That worked, but it came too late as the open-source project was swiftly revived by others.

Over the past several years, Popcorn Time has lived on through many project forks. One of the most popular, Popcorntime.app, was targeted in a lawsuit filed by a group of independent movie companies, including the makers of “The Hitman’s Bodyguard” and “London Has Fallen.”

The filmmakers sued the anonymous PopcornTime.app operator together with the VPN service VPN.ht. The VPN service formally settled the case a few days ago but the same can’t be said for the Popcorn Time fork.

Without a formal response from the app’s developer, the movie companies recently moved for a default judgment, asking for millions of dollars in piracy damages. In addition, the rightsholders also requested an injunction that would directly impact third-party intermediaries, including Google.

Popcorntime.app is no longer online and the proposed injunction would require third-party service providers, including Cloudflare and Google, to stop people from accessing alternative Popcorn Time domains such as popcorn-ru.tk. Those measures include the removal of all search engine results.

The proposed injunction would also compel regular ISPs to block subscribers’ access to Popcorn Time domain names. Thus far, no federal court has issued such a blocking order in a piracy case, but the filmmakers argue that this is an option under the DMCA.

Specifically, Section 512 of the DMCA allows for an order that required Internet providers “to block access, to a specific, identified, online location outside the United States.” The movie companies believe that such a blocking order is warranted in this case and proposed the following language.

It is ORDERED that, within 60 days receipt of this order, all Internet Service Providers (“ISPs”) subject to personal jurisdiction of the United States use their best technical efforts to BLOCK access on their servers or servers under their control to the following Target Domain Names at which Defendant’s movie piracy app Popcorn Time is distributed: http://popcorn-ru.tk; https://popcorn-time.tw/; and https://popcorntime-online.ch/.

If granted, the broad language could affect a wide variety of Internet services including Comcast, Verizon, and AT&T. It could apply to Google as well, which is specifically mentioned in the order as the .app domain registrar and operator of the Google App store.

Google is not a party to this lawsuit and the company wasn’t served with the legal paperwork. However, given the gravity of the potential measures, Google now informs the Virginia federal court that it would like to get involved.

“These provisions of Plaintiffs’ Proposed Default Judgment Order are sweeping, burdensome, and contrary to law,” Google writes, adding that it “could impact Google in its role as a domain name registry operator and online intermediary.”

The proposed injunction could compel Google to take drastic action. This includes the removal of a list of infringing Popcorn Time domains, which the filmmakers can update twice a year.

Google’s exact objections are not clear from the filing. The company simply asks for permission to share its concerns so more details will become available if this request is granted.

“Google seeks to file a brief to ensure that this Court understands why and to adequately protect its interests in the event that a default judgment is entered in this case,” Google informs the court.

Thus far, Google is the only third-party intermediary to request a hearing in this case but it’s not unlikely that other companies will follow in the near future, either before or after the final judgment comes in.