Parents who knowingly cover for their kid’s file-sharing offenses become liable for their actions, Germany’s Federal Constitutional Court has ruled. The decision brings to an end a case dating back to 2011, that involved the unlicensed distribution of the Rihanna album ‘Loud’ and a lengthy trip through lower courts.

Hundreds of thousands of German citizens (and quite possibly more) have been hit with settlement notices over the past 15 years.

The country is one of the most risky places in the world to share files without the permission of copyright holders, as plenty of Internet users have found to their detriment.

One such case, dating back to 2011, saw Universal Music send a letter to a family whose Internet connection was used to share the Rihanna album ‘Loud’. However, the case wasn’t straightforward.

The parents, to whom the letter was addressed, stated that they had no interest whatsoever in the R&B star. However, one of their three children did, and the parents actually knew which one had committed the infringement.

Relying on a local law that protects family members from having to testify against each other, the parents refused to hand over the identity of their infringing offspring. However, after the case was heard by the Munich Court of First Instance, they were themselves held liable and ordered to pay almost 3,900 euros.

The case then headed to the Federal Court of Justice (Bundesgerichtshof – BGH) which resulted in another win for Universal.

The BGH upheld the decision of the Munich Court in 2017 and held the parents liable for infringement, reasoning if the parents knew who had committed the offense but refused to identify them, they should pay the fine themselves. But the show wasn’t over just yet.

with the judgments of the lower courts, the BVerfG said that if the parents don’t want to identify which of their children committed the offense, then it is they who must be held liable and face the consequences.

“The fundamental right to respect for family life under Article 6 (1) of the Basic Law does not preclude a civil-procedural obligation on Internet access holders to disclose which family member used the connection if copyright infringement was committed via the connection,” the decision reads.

“On the basis of this ruling, the 2nd Chamber of the First Senate, with a decision released today, did not accept the constitutional complaint of a parent against a conviction for damages and reimbursement of charges, who knew which of their children had made copyrighted music available to the public, but in a civil case had not revealed that.

“Family protection is not intended to escape tactical considerations of personal liability for infringement of intellectual property rights,” the Court added. “The mere fact of living with other family members does not automatically lead to a disclaimer for the subscriber.”

While this sounds very much like a defeat for the parents in question, the ruling also clarifies points of law which may prove of importance to others who might find themselves in a similar position in the future.

Knowing who committed an infringement and refusing to hand over their information leads to liability, but not knowing who did so may produce a more favorable outcome, says Cologne-based lawyer Christian Solmecke.

“The Internet subscriber is not obliged to make any specific inquiries within the family. However, if he himself determines who the perpetrator is, then he must also name them – even if they come from his family environment,” Solmecke notes.

“The ruling leads to the conclusion that parents are now better off if they theoretically entertain the possibility that their children have committed the crime, but at the same time declare that they do not know the true culprit. 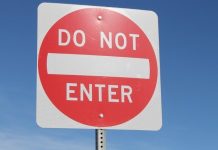