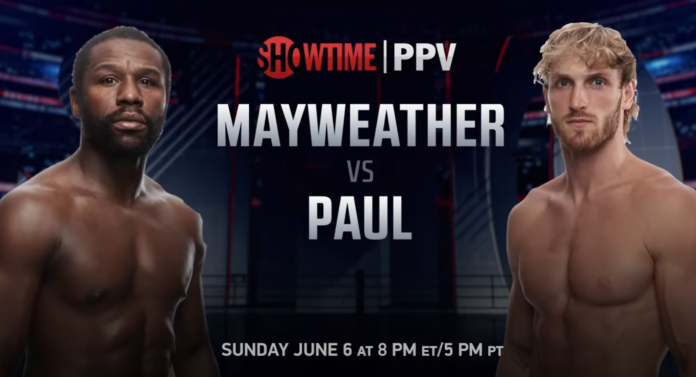 This weekend, boxing legend Floyd Mayweather will fight YouTuber Logan Paul for bragging rights, and the not insignificant prospect of tens of millions of dollars each, whatever the outcome. Despite calls from anti-piracy groups for people to watch the event legally, this matchup will be pirated to hell and back. Here’s why.

When talk of a Floyd Mayweather versus Conor McGregor boxing match was first aired in the media, few true boxing fans believed it would happen. But it did and was a spectacular success, despite being heavily pirated.

There is no doubt that Mayweather enjoys the limelight but McGregor and his infamous trash-talk was always going to be a huge factor in attracting eyeballs. What followed was a boxing match that showed that if your mouth is big enough and you have enough fans, having a fistfight for money doesn’t have to follow the traditional boxing model.

Not to take anything away from these two professionals, but they have to shoulder some responsibility for what the boxing world now has to endure in the shape of brothers Jake and Logan Paul. While their abilities are up for debate, they have huge mouths and audiences to match, which makes them attractive commercial options for anyone wanting to punch them in the face.

This weekend, Logan Paul will try to emulate his brother’s performance against Ben Askren by knocking out Floyd Mayweather live on Showtime in the US and Sky in the UK. To be frank (and despite being at least 30 pounds heavier), that’s his only chance of winning the fight. But both men will emerge victorious whatever happens, to the tune of a rumored tens of millions of dollars each.

But that, of course, rests on people paying to watch the PPV. Unfortunately, all the signs suggest that huge numbers of people will pirate the event instead, and that will rest pretty squarely on the shoulders of Logan and brother Jake. Here’s why.

Jake and Logan Are Famous Because They’re Free

With 23.1m and 20.4 million subscribers on YouTube, Logan and Jake are undoubtedly internet superstars but for the large part, following them hasn’t cost fans a penny.

The brothers have successfully leveraged the advertising-supported models of YouTube and similar platforms to bring their content to the masses at pretty much zero cost, meaning that their fans simply aren’t in the habit of paying. Which is fortunate because a huge section of their audiences is unlikely to have much disposable income.

While Logan and Jake’s fans are continually growing up (hopefully at a faster rate than the brothers themselves) there is no doubt that these gentlemen attract a young audience. They are a huge deal with tweens, teenagers and younger adults who have grown up with the free nature of YouTube, not $49.99 (in the US) and £16.95 (in the UK) PPV events.

Indeed, the brothers largely market themselves to their social media audiences, which in their cases are populated by younger people. The problem with that is these fans present the perfect piracy storm. Not only do they have less free cash than older adults and have grown up in an environment of having to pay nothing, they also tend to be experts at finding free streams or have a large enough network to have them delivered on a plate.

When you add in the fact that the Pauls never shut up about having more money than most regular fans, you have to wonder whether the ‘Logangsters’ would want to part with all of their spare cash to watch the fight when an illegal stream is just a click away. And there are other problems too.

For fans who did part with their money to watch Jake knock out Ben Askren in 70 seconds, there will be mixed emotions. Ok, their hero disposed of his opponent quickly and spectacularly but was it worth $49.99? As a boxing fan, who appreciates a good fight, absolutely not. The many clips on YouTube and other platforms by the next morning did, however, since they came at a price more closely associated with the Pauls’ other content.

To be clear, there will not be a quick knockout of Floyd Mayweather, so the round-to-dollar ratio should present much more value. But this is a fight card, not just one fight, so will there be more value there? Skimming it quickly, possibly. Being more objective, probably not.

Mayweather fans will relish him fighting but as high-quality cards go, this one ranks very averagely. Add in the fact that most Logan Paul fans will have zero clue who anyone else is on the card, it’s doubtful they’ll be sitting through all of it. In fact, most people are clearly only interested in the main event and whichever way you cut it, that is not worth the money in itself.

That will lead to the inevitable cries on Monday that while the fight did well, it will have been heavily pirated everywhere. The UK, where the Federation Against Copyright Theft has already issued a “DON’T PIRATE” warning on behalf of its client Sky, will be especially affected due to problems dating back decades.

Very big fights tend to happen in the US, on US broadcasting schedules, meaning that in the UK the Mayweather v Paul fight will take place in the middle of the night. Even for the most dedicated of fans, staying up all day and then all night is a big ask. Granted, younger fans might have less of a problem staying conscious but paying for a PPV and keeping mom and dad awake might prove even less popular.

Instead, expect many thousands of young Paul fans to be tucked up in bed with a phone, tablet or laptop for company, waiting for their social media friends to paste them a link to the fight, either live or straight after. The quality won’t be great but there will be enough detail to watch Logan get schooled for all eight rounds, if Mayweather wants it to go that far.

According to the contract, going the distance after making Paul look like an amateur still won’t mean a win for Mayweather though. So, the YouTuber’s fans can get up on the morning after the fight, declare victory, and begin saving up for Jake Paul’s next battle against former UFC champ Tyron Woodley in August.

Depending on how long the fight lasts (or God forbid Mayweather gets knocked out), paying might become a more attractive option next time. But let’s see.