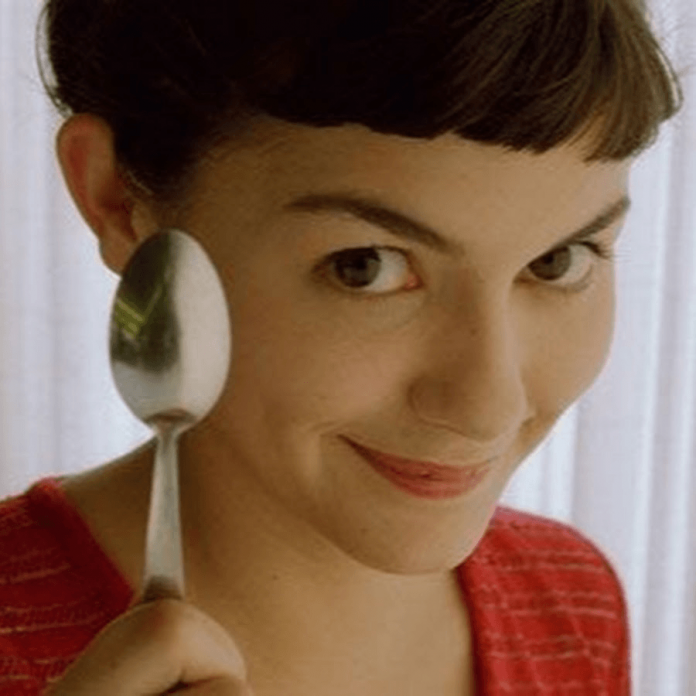 
FitGirl Repacks is currently one of the most popular torrent sites on the Internet but its operator is warning of turbulent times ahead. Site operator FitGirl says that due to a serious domain issue, the site’s main domain could go offline temporarily or even forever. 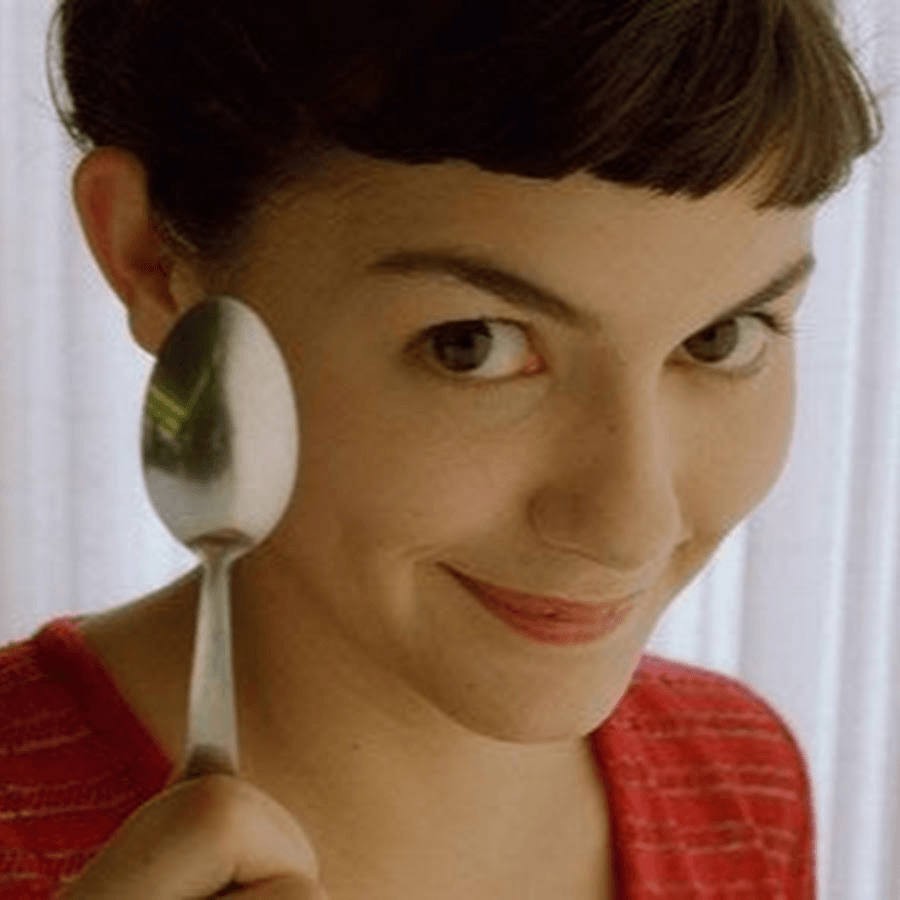 In piracy circles, ‘FitGirl’ is a very well known brand, especially for gamers looking for the latest titles without the usual price tag.

Operating from the domain fitgirl-repacks.site, platform operator FitGirl is perhaps the most well-known ‘repacker’ online today due to her/his ability to compress full-size games into more manageable packages.

The resulting smaller file sizes are useful for people who want to download pirated games but don’t have (or don’t want to use up) lots of bandwidth. And according to traffic data, that’s a lot of people.

After FitGirl Repacks became one of the most-visited torrent sites last year, TorrentFreak was able to interview FitGirl who was happy to explain how the site began and more details about its rise to fame. Now, however, the site may be facing a more stormy period with its main domain under threat.

“Prepare For a Crash”

In an announcement posted Sunday, FitGirl warned that the site could face some downtime or may even have to change domain altogether.

“Due to some troubles with my domain name, this site may go down soon for unknown period of time or forever,” FitGirl explains.

“In the latter case the new domain (which name I didn’t think of) will arise and information about it will be posted on sites I upload to. Fingers crossed none of the above events will happen, but fasten your seat belts and prepare for a crash.”

FitGirl is a popular uploader on fellow torrent site 1337x.to so whatever happens to the main FitGirl domain, at least in theory uploads should continue unhindered. However, the FitGirl torrent site itself is extremely popular so getting the issues fixed will be a priority in the next few days.

So what are the issues exactly?

Fitgirl-repacks.site Accused of Having a Spam Problem

In an announcement on a temporary Discord channel, FitGirl puts a little more meat on the bones.

“Our domain registrar took the fitgirl-repacks-site domain hostage, meaning we are unable to modify or change anything,” FitGirl writes.

“The registrar has decided that we are sending spam emails, kinda funny for a domain without MX records or any email servers. Transferring the domain to another registrar is also impossible due to the imposed limits by the registrar.”

Public DNS records support FitGirl’s claims of having no MX (mail exchange) records that are able to direct email to a mail server. However, checks at Spamhaus – an organization that tracks email spammers and spam-related activity – reveal that the group has blacklisted FitGirl’s domain. 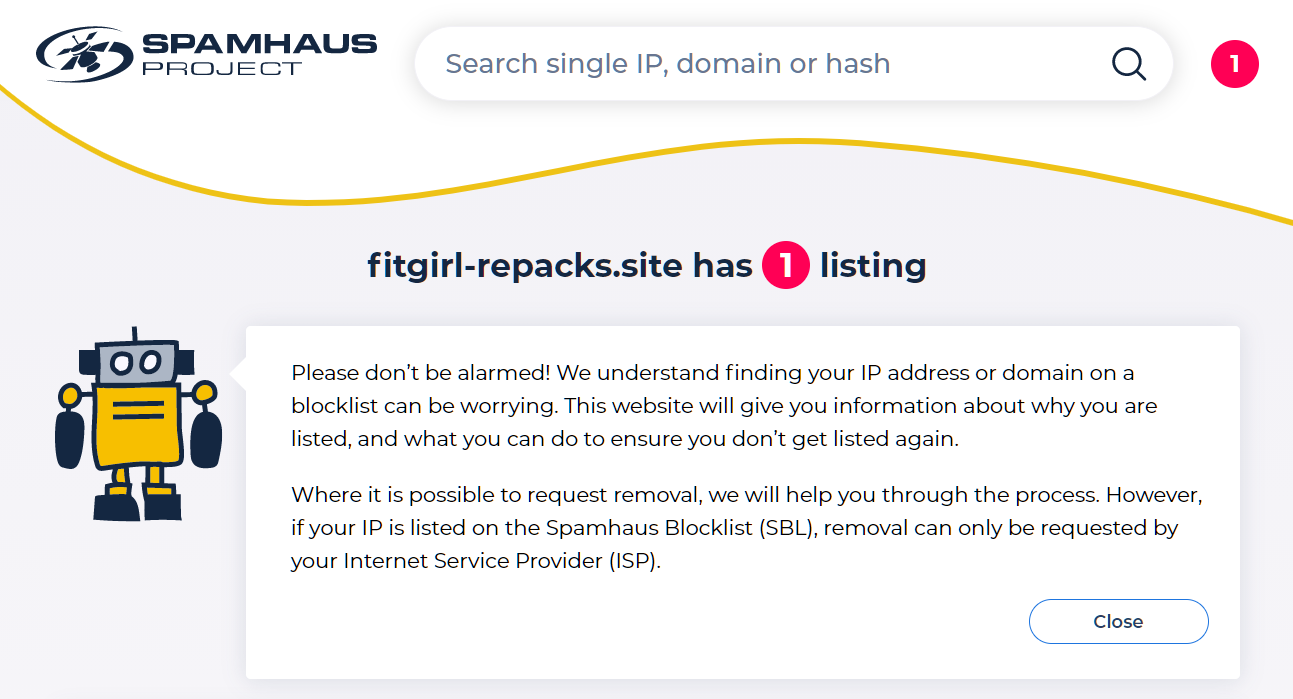 Blocklist Inclusion Could Have Been Triggered By Third-Party

Spamhaus advises that the Fitgirl-repacks.site domain may have been added to the blocklist due to a “poor sending reputation” but there are other factors too. The organization notes that anonymized Whois records should be avoided (FitGirl has these) and advises that poor IP address reputation can play a part too. This may be an important factor.

The IP address used by the Fitgirl-repacks.site belongs to Russian DDoS mitigation company DDoS-Guard. While it serves many ‘ordinary’ customers, the company also services more questionable ones too. FitGirl shares an IP address with more than 6,000 other domains, any one (or more) of which could have been responsible for serving up spam.

FitGirl Will Need to Exhaust an Appeals Process

To be removed from the Spamhaus list, these issues and more will have to be addressed before filing an appeal with the spam mitigation organization. And then, presuming the issues are linked, FitGirl will also need to convince its domain registrar PDR Ltd that there’s nothing further to worry about.

If this process fails a new domain will be required. It is likely to be announced on torrent site 1337x.to but in the meantime, if the main site goes down, people should be cautious to avoid imposter sites that could seek to infect users with malware.