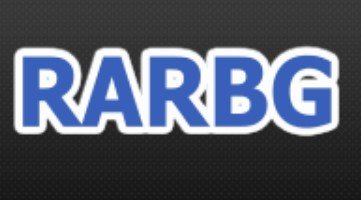 
The makers of the films ‘Ava’ and ‘Rambo V: Last Blood’ have filed a lawsuit targeting 16 alleged movie pirates. The complaint suggests that the defendants are registered users of the popular torrent site RARBG, but provides no proof for this allegation. The film companies do have evidence that the IP-addresses were caught sharing torrent files.

Lawsuits against alleged movie pirates are nothing new. We have reported on many dozens over the years.

More recently, Hawaii-based attorney Kerry Culpepper added a new element to these cases when he singled out YTS users.

The lawyer was able to do this because YTS handed over database information as part of a private settlement. A rather concerning development, which caused quite a stir among torrent users and site owners.

This tactic is interesting from a few perspectives. For one, the database information is additional evidence and provides valuable information such as email addresses. In addition, calling a torrent site by name may deter some people from using it in the future. It’s a win-win.

That last argument may be why a new lawsuit, filed on behalf of the makers of the films Rambo V: Last Blood and Ava, singles out the torrent site RARBG.

In a complaint filed at a federal court in Hawaii, the movie companies accuse 16 “John Doe” defendants who are only known by their IP-addresses. These people were tracked by the company Maverickeye, which provides evidence for many related cases.

In this case, the IP-addresses are linked to torrents for the movies ‘Ava’ and ‘Rambo V,’ which are shared on many pirate sites. However, the movie companies specifically call out RARBG.

What Evidence is There?

The RARBG mention is unusual because there’s no evidence to back up the claim that the defendants actually used this site. RARBG didn’t share any user data, as opposed to YTS.

The only link to RARBG we can spot is that the torrents “Ava.2020.WEBDL.x264-FGT” and “Rambo.Last.Blood.2019.1080p.KORSUB.HDRip.x264.AAC2.0-STUTTERSHIT” are shared on the popular torrent site. That said, the same files, linking to the same swarms, are available elsewhere too.

Nonetheless, RARBG is prominently mentioned throughout the complaint. The “notorious” pirate site “promotes and distributes” pirated content, the companies say.

“As shown in the screenshot below, the movie piracy website ‘RARBG’ promotes and distributes the infringing torrent file ‘Ava.2020.WEBDL.x264-FGT’ which Defendants downloaded and used to display, reproduce and distribute the Work Ava.” 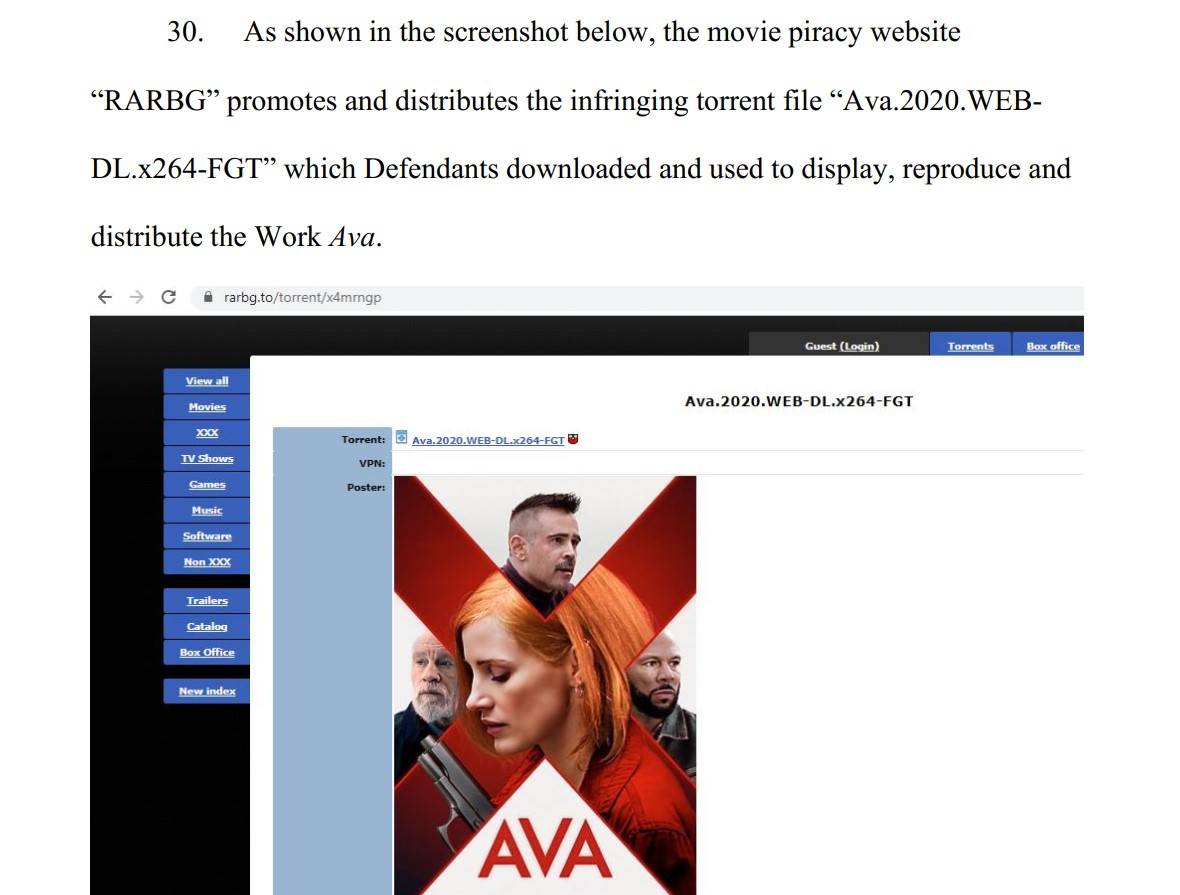 Whether the defendants used RARBG or another site doesn’t change the copyright infringement allegations. These are totally independent of the site from which the torrents were downloaded.

TorrentFreak reached out to the plaintiffs’ attorney who refused to comment on the issue. One possibility we could think of is that the site is mentioned to signal to users that they are vulnerable. But that would equally apply to other sites.

Looking at the actual allegations, a familiar theme appears. All 16 ‘Does’ are accused of direct and contributory copyright infringement for allegedly sharing copies of the movie Ava, and one defendant also shared the Rambo film.

In addition, the defendants are further accused of violating the DMCA by altering copyright management information (CMI). In this case, that means distributing the movies with an edited title, which references pirate groups such as “FGT” and “STUTTERSHIT”.

“Defendants knew that neither ‘FGT’ nor ‘STUTTERSH*T’ were the authors of Plaintiffs’ Works,” the complaint reads.

As is common in these types of cases, the movie companies requested a subpoena to compel the ISP, Verizon Wireless, to hand over the personal details of the associated subscribers. If granted, the accused will likely be offered a settlement of a few hundred dollars or more.

A copy of the complaint filed on behalf of Eve Nevada, LLC and Rambo V Productions, Inc, is available here (pdf)