An app that allowed users to find and install Android apps unavailable on official stores has disappeared in mysterious circumstances. The innovative ‘Filelinked’ tool allowed users to set up their own app stores, accessible by anyone with the relevant code. This made it a haven for people looking to download and share piracy apps, which could explain its apparent demise.

In a normal environment, installing software to Android devices, including Amazon’s popular Fire TV range, is a straightforward affair. Both Google and Amazon provide their own easy-to-use stores but for some users, these can have limitations.

While some apps can slip through Google or Amazon’s moderation processes, it’s generally accepted that these platforms don’t allow piracy-focused apps to be made available to the public. This means that users have to obtain their APK files from third-party sources and sideload them to their devices.

None of this is particularly difficult for enthusiasts but the process is undoubtedly more cumbersome than using an official store. This was a problem that the Filelinked app and service comprehensively solved up until yesterday when the service abruptly disappeared offline.

Any user seeking to download and install a third-party app to an Amazon device, for example, could use the popular Downloader app, available from Amazon itself. Straightforward to use, Downloader allows the user to type in a URL where an APK is stored and have it delivered straight to their device. Unfortunately, this requires a) knowledge of where the APK is located and b) the patience to type in an often lengthy URL.

Filelinked simplified this process by allowing users to place APKs (and indeed any other type of files) on a cloud storage service (such as Dropbox) and link them to an account on Filelinked. The service would then generate a simple code that could be used within the Filelinked app that allowed users to download the APKs to their devices with a minimum of fuss.

However, this system also had broader uses. Many power users of Filelinked used the service to link dozens of piracy-focused apps to Filelinked codes so when these were shared in public, people only needed to enter these codes to see these users’ private collections of piracy apps.

This essentially created a network of hand-curated mini app stores (repos) that weren’t subjected to any of the moderation practices in place on Amazon or Google Play. 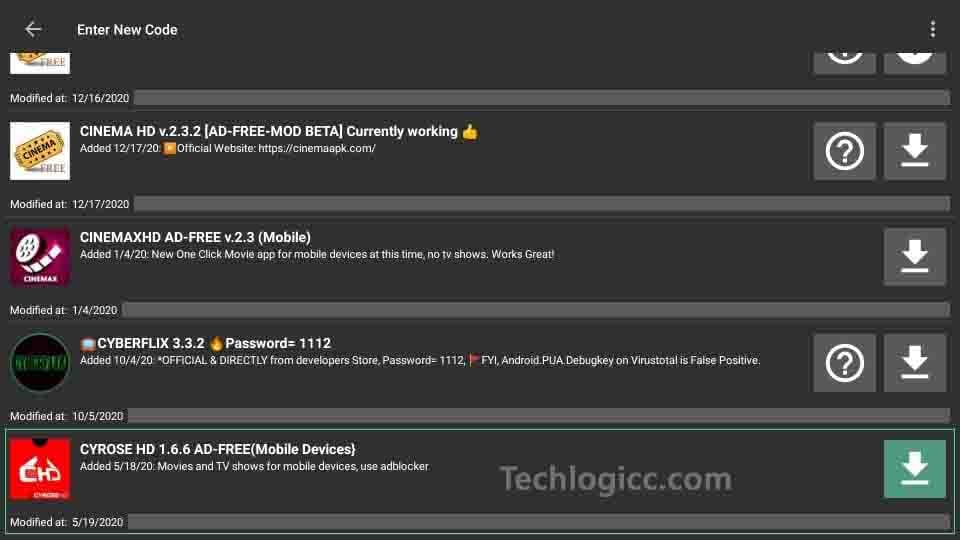 While it is pretty clear that many used Filelinked for piracy purposes, it is not immediately obvious that Filelinked encouraged its service to be used to distribute infringing apps. Indeed, many entirely legal apps (such as VLC and Kodi) were available too. That being said, there are now fears that copyright entities may have applied the necessary pressure to put Filelinked out of business.

Filelinked Disappears From the Web

During yesterday, reports began to surface that Filelinked had stopped working. No matter what codes people entered into the Filelinked app, nothing expected appeared. On top, the site’s domain failed to return anything useful either, instead returning the message: “Sorry, the page you are looking for could not be found.”

Of course, these issues can easily occur due to technical problems with servers but adding to the confusion is the fact that Filelinked’s Facebook page has been archived. This group is certainly not on the same server as the Filelinked service and if the operator of Filelinked had encountered any technical issues, Facebook would be the logical place to post the news.

For the last 20 years, any site disappearances without notice have been put down to anti-piracy outfit action and in recent years, most of those predictions have been proven correct. Site operators have so many ways to communicate with users these days that complete radio silence has a habit of being linked to non-disclosure instructions or agreements.

To be clear, at this stage we have no solid evidence that Filelinked is down due to a copyright complaint but we have seen plenty of previous actions, often initiated by the Alliance for Creativity and Entertainment (ACE), that require services to not only shut down but also stay completely quiet on the matter.

TorrentFreak has contacted ACE for comment but we didn’t receive a response before publication. We have also contacted the operator of Filelinked and other entities we believe may have operational links to the service. Again, no responses have been received.

No Concrete Signs of a Seizure or Shutdown

If we take previous site and service shutdowns as a template, simply going offline can be a sign of legal pressure, especially when that’s accompanied by rapid closures or lack of communication on Facebook accounts. However, there are other useful indicators, particularly in respect of domain names.

Part of ACE’s modus operandi is to have service owners hand over their domain names as part of a settlement agreement. Sometimes this can happen quickly, shortly after a service becomes unavailable. At the time of writing, however, there are no signs of domain transfers or DNS modifications on Filelinked domains that indicate a transfer of control to the Motion Picture Association.

That doesn’t mean it won’t eventually happen but in the event that Filelinked has been asked to close and/or settle, the pages and pages of documents associated with a cease-and-desist order or settlement offer can take several days to digest and run past a lawyer, meaning that public signs of an agreement could take many weeks to appear.

Finally, a couple of YouTubers also report that they have had videos removed by YouTube recently because they appear to have contained information or tutorials on various Filelinked stores.

Whether those videos actually infringed copyright isn’t clear but as predicted in 2018, YouTube is now taking action against videos that encourage or help to enable piracy.