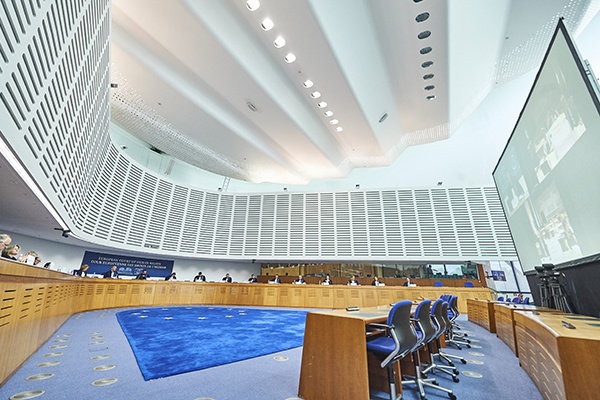 Part of that work involves monitoring and publishing data on website blockades and providing assistance to Internet users and site operators who are wrongfully subjected to restrictions. In 2015, it found itself in a battle of its own when a local court ordered its advice portal to be blocked by local ISPs.

RosComSvoboda’s ‘crime’ was to provide information on tools that can circumvent censorship. While it didn’t offer any for direct download, the resource offered advice on VPNs, proxies, TOR, The Pirate Bay’s Pirate Browser, I2P and Opera’s ‘turbo mode’.

According to the ruling by the Anapa Town Court, which did not invite RosComSvoboda’s operator to participate in proceedings, the resource allowed people to access content banned in Russia so it too became prohibited content.

Subsequently, telecoms watchdog Roscomnadzor contacted RosComSvoboda with an order to remove its anti-censorship tools information page or face being completely blocked. The site’s operator complied and filed an appeal against the decision, arguing that providing information about such tools isn’t illegal under Russian law.

The Krasnodar Regional Court rejected the appeal without addressing this defense so in 2016, RosComSvoboda’s operator, German national Grégory Engels, took his case to the European Court of Human Rights.

Breach of Article 10 of the European Convention on Human Rights

This week the ECHR handed down its decision, siding with Engels’ assertion that the order for him to remove the content from his site was in breach of Article 10 of the European Convention on Human Rights.

“This right shall include freedom to hold opinions and to receive and impart information and ideas without interference by public authority and regardless of frontiers,” the Article reads.

In response to Engels’ complaint, the Russian Government had argued that the tools mentioned on RosComSvoboda’s site had enabled citizens to access prohibited extremist material and the Anapa Court had acted correctly in ordering the blockade. Furthermore, since Engels had voluntarily taken down the page, a block hadn’t been necessary, so Article 10 couldn’t have been violated, according to the Government.

Engels said that his right to impart information had nevertheless been interfered with due to the threat of being blocked. He further argued that Russian authorities had cited no laws that prevent him from discussing the tools and had submitted no evidence that extremist material had been accessed.

Several third-parties were called on for their opinion on the matter, including the UN Special Rapporteur on the promotion and protection of the right to freedom of opinion and expression, ARTICLE 19, the EFF, Access Now and Reporters Without Borders. The latter argued that information concerning VPNs and similar technology should never take place because they are entirely content-neutral.

Filtering-Bypassing Technologies Are Not Illegal

“[The Russian court] did not establish that filter-bypassing technologies were illegal in Russia or that providing information about them was contrary to any Russian law. Nor did it find any extremist speech, calls for violence or unlawful activities, child pornography, or any other prohibited content on the applicant’s webpage,” the ECHR decision reads.

“The only basis for its decision was the fact that filter-bypassing technologies might enable users to access extremist content on some other website which was not connected or affiliated with the applicant and the content of which he had no control over.”

The Court also noted the importance of “filter-bypassing” technologies, noting that while they can be used to carry out activities that are “incompatible with the principles of a democratic society”, they primarily serve a range of legitimate purposes, none of which were considered by the Russian court when it handed down its blocking order.

“The Court notes that all information technologies, from the printing press to the Internet, have been developed to store, retrieve and process information. As the third-party interveners and the UN Human Rights Committee pointed out, information technologies are content-neutral. They are a means of storing and accessing content and cannot be equated with content itself, whatever its legal status happens to be,” the decision reads.

“Just as a printing press can be used to print anything from a school textbook to an extremist pamphlet, the Internet preserves and makes available a wealth of information, some portions of which may be proscribed for a variety of reasons particular to specific jurisdictions.

Conclusion: Breaches of Articles 10 and 13

The ECHR found that the action against Engels breached Article 10. It also declared a breach of Article 13 due to a failure by the Russian court to involve him in the blocking action or consider the merits of his arguments on appeal. The Russian state was ordered to pay 10,000 euros in damages to Engels plus interest.

“Considering that the site-blocking pipeline is still not stopping, and the amount of information being blocked is only growing, this is a very big victory for us,” Darbinyan said.

“Now all applicants have the right to review decisions made in respect of them, compensation of 10,000 euros, and may also require changes to the current Russian legislation, which, as the court has already established, is contrary to international legal standards regarding the restriction of access to information on the Internet. The decisions of the ECHR will also be relevant for the formation of further judicial practice in Russia.”