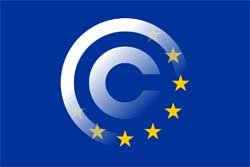 
The EU Court of Justice has ruled that if rightsholders have taken or ordered protective steps to prevent their images from being embedded within frames on third-party sites, such embedding represents a violation of copyright law. The decision goes against a non-binding opinion handed down last year.

Framing is a common technique used online to make content published on one site appear on another.

Examples include YouTube videos and tweets that are hosted by their respective platforms but can be embedded in third-party sites for a seamless viewing experience.

A less straightforward example can be found in a dispute involving Deutsche Digitale Bibliothek (DDB), a library website based in Germany.

The main goal of the DDB project is to provide free access to the cultural and scientific heritage of Germany via the Internet. This includes millions of books, archives, images, sculptures, music and other audio, films, and sheet music.

DDB’s library links to digitized content stored on the Internet portals of various participating institutions, displaying thumbnails of that content in what is described as a “digital showcase”.

DDB operator Stiftung Preußischer Kulturbesitz (SPK) has a licensing agreement with copyright collecting society Verwertungsgesellschaft Bild-Kunst (VG Bild-Kunst) to display those thumbnails. However, the agreement mandates that DBB should use technical measures to prevent third-party websites from embedding those images using the ‘framing’ technique.

Referral to the EU Court of Justice

Following a dispute with VG Bild-Kunst, SPK went to court in Germany arguing that the requirement to prevent framing on third-party sites was unreasonable. Seeking clarification, the Federal Court of Justice referred questions to the EU Court of Justice.

The German court asked the EUCJ to determine whether Article 3(1) of the Copyright Directive must be interpreted to conclude that when a copyrighted image is embedded in a third party site and made freely accessible to the public – contrary to deployed or demanded protection measures imposed by the copyright holder – that constitutes a communication to the public.

In a decision handed down Tuesday, the EUCJ states that embedding copyright images on third-party sites is indeed a communication to the public. As such, this type of activity requires permission from the copyright holder.

“[W]here the copyright holder has adopted, or obliged licensees to employ, measures to restrict framing so as to limit access to his or her work from websites other than that of his or her licensees, the initial act of making available on the original website and the secondary act of making available, by means of the technique of framing, constitute different communications to the public, and each such act must, consequently, be authorized by the rights holders concerned,” the decision reads.

The Court found that copyright holders must be able to rely on the rights laid down in Article 3(1) of Directive 2001/29 [pdf] otherwise a fair balance between the rights of users of protected content and those of the rightsholders would be disregarded.

Indeed, should third-party embedding be allowed without the permission of the rightsholder, as soon as the content is made freely available anywhere on the Internet, the right of communication to the public would be effectively exhausted. This would mean that the rightsholder would be unable to retain control of the exploitation of his or her content, contrary to Article 3(3) of the Copyright Directive.

As a result, the Grand Chamber ruled as follows:

Article 3(1) of Directive 2001/29/EC of the European Parliament and of the Council of 22 May 2001 on the harmonization of certain aspects of copyright and related rights in the information society must be interpreted as meaning that the embedding, by means of the technique of framing, in a third party website page, of works that are protected by copyright and that are freely accessible to the public with the authorization of the copyright holder on another website, where that embedding circumvents measures adopted or imposed by that copyright holder to provide protection from framing, constitutes a communication to the public within the meaning of that provision.

Advocate General Szpunar advised that framing should not require the copyright holder’s permission, since he or she was “deemed to have given it” when the work was initially made available. He noted that the same should apply to works protected by measures to prevent framing since the “public” is always the same, i.e the public of the website targeted by the link.

The EU Court of Justice’s decision can be found here