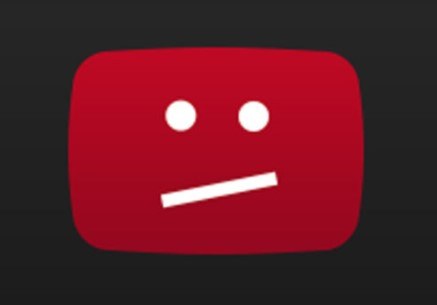 The music industry is convinced. Downloading music from public streaming services, YouTube in particular, is the greatest piracy threat to the industry.

The RIAA and several key music labels are doing everything in their power to counter this menace. They’ve sued several YouTube download sites, removed streamripper URLs from search engines, and most recently they targeted the open-source tool youtube-dl as well.

The last move was a step too far for many. It immediately triggered outrage among developers and the public at large. The opposition reached new heights this week when GitHub and EFF drew a clear line in the sand. No further.

After some modifications, youtube-dl’s repository was reinstated. This was great news for the developers, users, and many stream-ripping sites that rely on the tool. But the decision and the reasoning behind it are much, much bigger than that.

In isolation, the youtube-dl code is a relatively small problem for the music industry. Similar tools will always be available. While the RIAA liked the message that was sent by the removal, they perhaps didn’t foresee that a refusal to take down the same code would be much worse.

Both GitHub and the EFF have made it very clear that YouTube downloading tools are not by definition illegal. On the contrary.

“Youtube-dl is a lot like the videocassette recorders of decades past: a flexible tool for saving personal copies of video that’s already accessible to the public,” the digital rights group wrote in a recent post on the topic.

GitHub also stressed that youtube-dl is a “socially beneficial tool” which can help researchers, journalists, and the public at large.

These comments, which are only a tiny selection of the broader message, are a potential game-changer. The backing from GitHub is particularly notable, as the company is owned by Microsoft, which in its own right is one of the largest copyright holders in the world.

That said, the legality of YouTube download tools is not impacted directly by the public commentary. Eventually, this is something that courts will have to decide over. In the US, there is no clear jurisprudence on this specific issue but that may change in the near future.

The RIAA’s main argument is that these tools violate DMCA section 1201, which prohibits the circumvention of technical protection measures. In YouTube’s case, the RIAA cites the “rolling cipher” protection that YouTube uses to make downloading from the site somewhat more complicated.

The question is whether this “rolling cipher” is indeed a protection measure under the DMCA. That’s up to a court to decide, but we have previously shown that anyone with a browser can easily download from YouTube without extra tools.

The RIAA’s position is strengthened by a 2017 order from a court in Germany, that was also cited in the GitHub takedown notice. There, the court ruled that the “rolling cipher” is a technical measure within the meaning of Germany’s Copyright Act.

However, not everyone believes that the court was correct here. EFF stated that, contrary to the court’s ruling, there is no encryption involved. YouTube’s video streams are visible to everyone who uses a regular web browser. The ‘rolling cipher’ simply refers to a changing signature, readable by Javascript, that’s used for some videos.

“The 2017 decision of the Hamburg Regional Court in Germany that RIAA references, which refers to YouTube’s “signature” mechanism, was wrongly decided and is not binding nor even persuasive under U.S. law,” EFF wrote.

GitHub also believes that the German court made an error. Following EFF’s lead, the company concluded that youtube-dl was not circumventing a technical protection measure. “We concluded that the allegations did not establish a violation of the law,” GitHub said.

These are strong statements that will eventually have to be tested before a judge and that may happen sooner rather than later. There are currently two major US lawsuits where the legality of YouTube rippers could be decided. While EFF and GitHub are not part of those cases, their input will likely prove a factor.

One of the lawsuits was filed by Jonathan Nader, the operator of the stream-ripper ‘Yout’, who sued the RIAA last month. Nader decided to be one step ahead of the music industry by demanding a declaratory judgment that his website doesn’t violate Section 1201 of the DMCA. 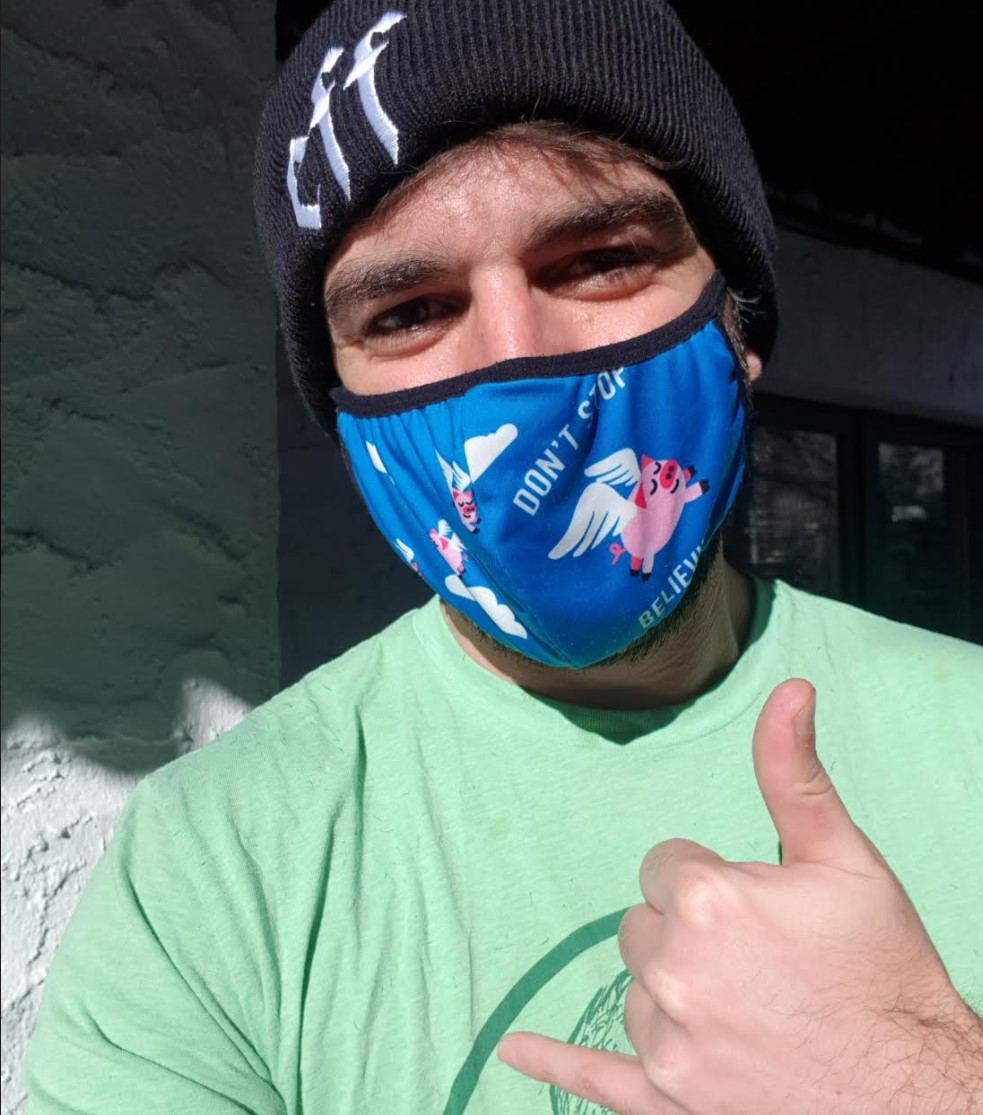 TorrentFreak reached out to Nader, who said he prefers not to comment on the ongoing litigation. Especially since the RIAA has yet to formally reply.

However, the photo he shared with us reveals that he’s happy with EFF’s stance on the matter.

Nader’s lawsuit touches on the ‘rolling cipher’ argument as well, and he denies that anything is being decrypted or bypassed.

Another lawsuit where the same issue may be brought up was filed by several of the largest music labels two years ago, with support from the RIAA. They sued the YouTube ripping sites FLVTO.biz, 2conv.com, and their Russian operator Tofig Kurbanov.

Both sides are currently still fighting over whether a US court has jurisdiction. Kurbanov’s legal team recently petitioned the US Supreme Court to hear that matter.

If the court decides that the site operator has to defend himself, he is surrounded by a legal team that is confident that they can defeat the copyright and anti-circumvention allegations.

Speaking with TorrentFreak, Kurbanov’s defense attorney Evan Fray-Witzer equates stream-ripping to the other technological advances that were protested by the music industry over the years.

“It’s important to remember that the RIAA has consistently opposed virtually every technological advance from the 1970s forward including the advent of cassette tapes, compact discs, and MP3s. For 50 years they have been yelling that the sky is falling and yet – despite this hysteria – music continues not only to survive but to flourish.”

According to Fray-Witzer, this latest attack on stream-ripping is equally misguided and will eventually fail.

“Users have lots of legitimate uses for stream-ripping that have nothing to do with music. And, even when you’re talking about music, users have a legitimate right to time-shift, just as the courts found that people could record TV shows with their VCRs so that they could watch them at a different time,” he says. 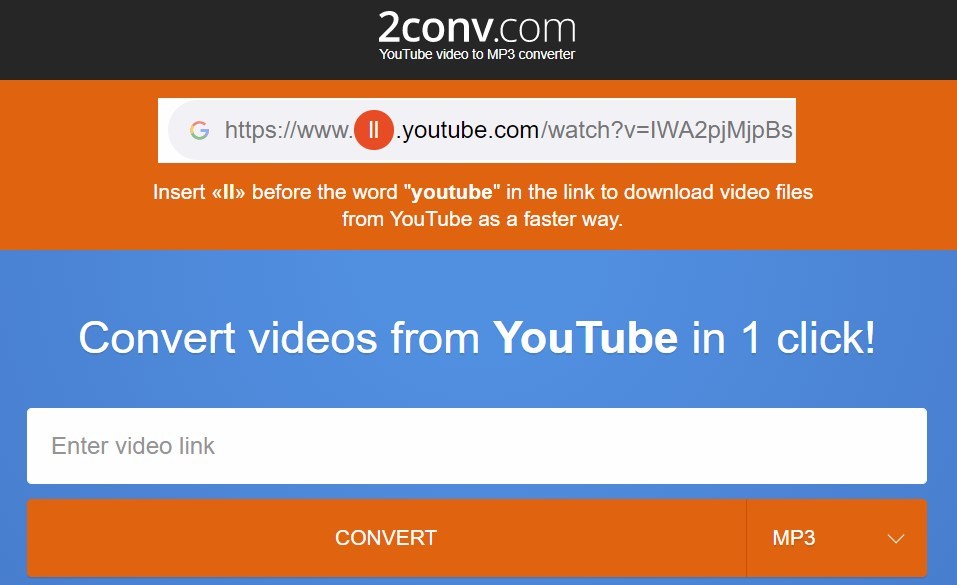 The Yout.com and Kurbanov’s cases are not the first stream-ripper lawsuits. A few years ago, the record labels already sued YouTube-MP3. That site eventually settled the case privately and shut down. While the RIAA celebrated this as a major win, this outcome has little effect on the current cases.

“So far, the RIAA’s successes in court have been the result of defendants who lack the ability to fight back and to prove that these tools do not actually violate copyright law. Hopefully, that’s about to change,” Fray-Witzer notes.

“Stream-ripping sites and software are simply tools – tools with lots of legitimate uses, as the EFF has recognized,” the attorney adds.

It’s clear that the YouTube downloaders find themselves supported by the recent backing from GitHub and the EFF, but the moral support is just part of the story. In addition, both are also calling on the Copyright Office to broaden the DMCA Section 1201 exceptions.

“We are also advocating specifically on the anti-circumvention provisions of the DMCA to promote developers’ freedom to build socially beneficial tools like youtube-dl,” GitHub said this week, announcing their plan to get involved in the Copyright Office’s triannual review process.

Right now, US law makes it illegal for most developers to use or distribute code that bypasses technical protection measures, even if that technology or code can also be used for non-infringing or legal means.

Time will tell how these and other issues will develop over time but it’s clear that the RIAA’s takedown notice to GitHub was a wake-up call. Now we just have to see who and what it awakened.

TorrentFreak also reached out to the RIAA to hear their comments on these recent events but the group hasn’t responded. It’s not a stretch to conclude that they are not happy with GitHub’s reversal, to say the least.