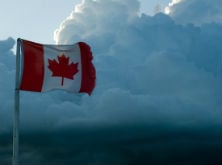 
Copyright holders often write to internet billpayers claiming that their IP addresses have been linked to piracy. They say that billpayers are liable because they pirated content themselves or failed to stop someone else who did. When movie company Voltage Holdings tried to win default judgments against 30 internet subscribers, none of whom were shown to be the actual infringers, a judge refused to comply. In its appeal, Voltage says the judge made the wrong decision.

The vast majority of today’s movie-related copyright infringement lawsuits can be linked back to companies working with piracy monetization company, GuardaLey.

They begin with piracy tracking firm Maverickeye monitoring IP addresses allegedly sharing certain movies online. Those IP addresses later become evidence in court processes where the owners of the monitored movies ask the court to compel ISPs to match the IP addresses with specific subscribers, so they can be pursued directly.

The fundamental problem is that an IP address isn’t a person, and the person identified as the account holder/billpayer isn’t necessarily the infringer, especially in homes where many people have access to the internet. So, in cases where the actual pirate can’t be identified, GuardaLey-affiliated entities claim that since the billpayer failed to prevent piracy, they can be seen as ‘authorizers’ of someone else’s infringing activities.