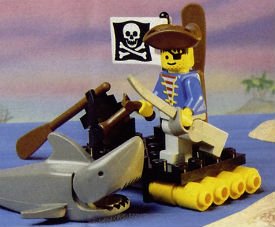 
When content creators pour time and money into creating something they hope people will buy, it must be frustrating to see masses of pirates consuming those products for free. Nevertheless, a games developer is now advising companies with a perceived piracy problem not to antagonize pirates, since that only leads to stress and a toxic environment. 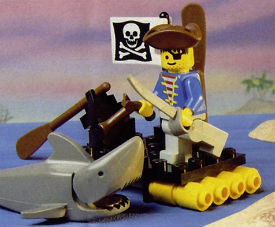 Dealing with pirates raises all sorts of issues for content providers and entertainment companies. On the one hand these are people trying to get something for nothing but on the other, many pirates are potential and even current customers.

Converting pirates into paying customers is a puzzle that many companies have tried to crack. Many do so with free trials, hoping that after tasting the real thing people will like it enough to come back for more, wallets in hand. Some innovate, offering a product or service that cannot easily be emulated. Others prefer to intimidate.

As reported last week, UFC President Dana White enjoys tackling pirates with threats and profanity, treating them as a danger to be eradicated by any means. The jury is still out on whether consumers ever respond to this type of approach but if we think of consumers as regular people, few – if any – appreciate being shouted out and called names.

Judging by the number of insults leveled at White late weekend, it’s pretty safe to say that his actions rubbed many people up the wrong way. To be clear, White will not give a damn if this is the case but according to games developer Adam Coster of Butterscotch Shenanigans, being hostile to pirates isn’t an approach he recommends.

No Open Hostility Towards Pirates

Writing in GamesIndustry.biz this week, Coster explains that the problem of piracy is emotionally charged but the overall goal should be to limit the harm, not only on the business itself, but also on the people creating the content.

“We don’t want to spend our time and resources fighting piracy — it’s exhausting, expensive and, frankly, doomed from the start. We want our time going into making games and building an amazing community,” Coster says.

“We certainly don’t condone or accept piracy, and we explicitly tell our players that when the topic arises. We also don’t allow players in our communities to advocate for or help others pirate games. But when we discover pirates in our midst we stay friendly.”

While big companies tend to be outwardly hostile to pirates, stating that “theft-is-theft” and there are no excuses for getting something for free, Coster doesn’t mind acknowledging that there can be reasons why people go down that route. People without financial resources, for example, or people seeking access to his games where they aren’t legitimately available.

Keeping Things Nice Has Benefits For The Developer

Despite his understanding, Coster doesn’t condone freeloading behavior but still prefers to keep things civil. There are benefits to that, he says, including keeping the environment around games consumption (and indeed, games creation) a nice place to be.

“Our non-hostile approach has helped foster a positive community, including a handful of converted pirates. But more importantly, it has been essential for our team’s mental health. Adversarial relationships take a terrible toll,” he concedes.

Keeping the pirating masses happy – or at least emotionally compliant – has some interesting benefits for Coster’s company. He believes that almost all of his potential players are pirates so it makes little sense to have an adversarial relationship with them – especially when a “jillion angry people” descend on community management and customer support teams to air their displeasure.

Given that this is one of the likely outcomes of being hostile towards pirates (or if one prefers, potential customers, who may walk away after being threatened) Coster says that anti-piracy measures should not be about the pirates. The starting point, whether he likes it or not, should be an empathetic approach along with gentle encouragement to buy his games when they can.

“People will try to steal your game. Huge numbers of them. This is just the reality. Treat it as a design constraint,” he says.

“This is a business problem. Do your best to ignore how you feel about it. Yes, this is far easier said than done. Now get out there and make something worth stealing.”

The full piece, which is a must-read for developers, can be found here