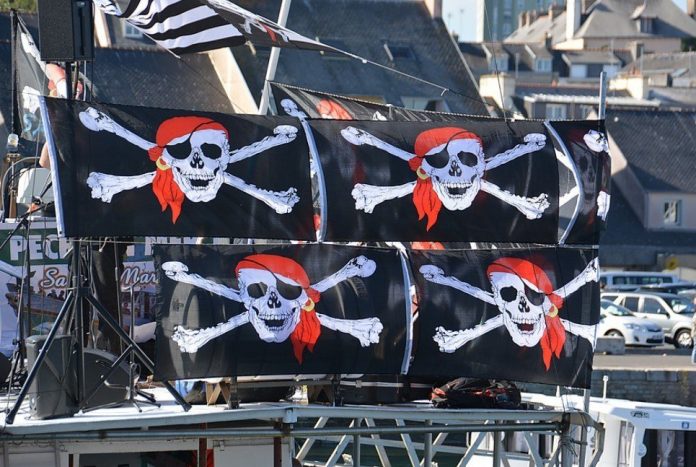 
The Motion Picture Association has labeled several domain name registries as “notorious markets” that indirectly facilitate piracy. Speaking with TorrentFreak, the .IS and .TO registries dismiss these allegations, while stressing that they adhere to the law.

This list typically includes examples of pirate sites and services. However, it goes further than that, as third-party intermediaries are called out as well.

This year, the MPA included five registries connected to the .CH, .IS, .RU, .TO and.TV domains. These organizations manage and oversee the respective TLDs. While registries are neutral service providers, rightsholders believe that they can take a more active anti-piracy approach.

“A registry, directly or via its contractual relationship with its registrars, has the ability to withdraw or disable domain names used by websites engaged in massive copyright infringement,” MPA wrote.

With the nomination for the USTR’s annual list of notorious markets, these organizations risk becoming targeted by diplomatic pressure. However, the registries themselves see things quite differently.

The Tonga Network Information Center (TONIC), responsible for the .TO TLD, is one of the affected organizations. The MPA specifically mentioned sites such as rarbg.to, fmovies.to, kinox.to, serienstream.to, 1337x.to, torrentgalaxy.to, solarmovie.to, ibit.to, and bs.to which use the TLD.

Speaking with TorrentFreak, TONIC stresses that the organization has no obligation to respond to random complaints from third-parties. TONIC points to statements made by the EFF in the past, which also warned that taking domains offline without due process can damage free speech.

This doesn’t mean that TONIC takes no action at all. The registry informs us that it has complied with many court orders in the past, some of which resulted in domain name suspensions.

“The .TO registry complies with court orders from courts of competent jurisdiction, including US courts, and has on many occasions taken down domain names in compliance with court orders,” TONIC’s Eric Gullichsen says.

MPA’s submission also includes Iceland’s registry ISNIC. According to the Hollywood group, pirate sites and services regularly use .IS domains and it accuses the registry of being unresponsive to law enforcement requests.

“Our job is then to identify, and in some cases provide the reporter with the real name and address of the registrant so that he or she can be held accountable,” he adds. 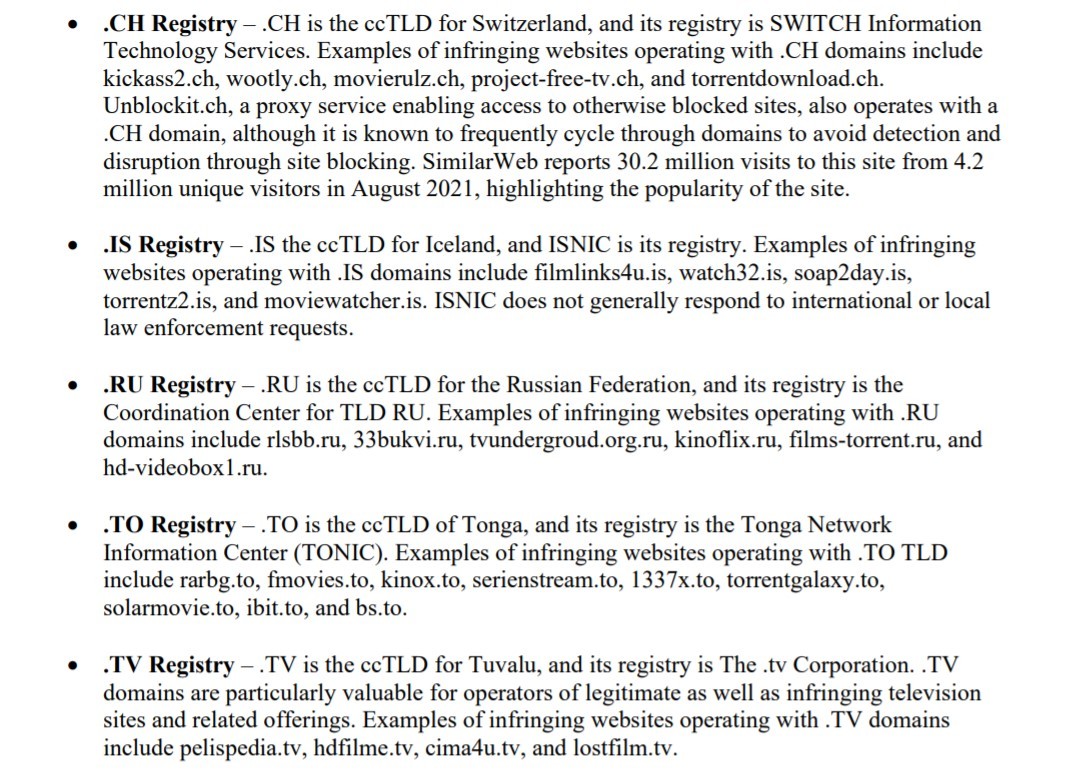 As a relatively small player, Iceland’s registry says that it goes above and beyond what other registries do. Jensen says that this includes some large players “which MPA decides not to mention as they might kick back heavily.”

ISNIC handles abuse complaints from outsiders through a ‘bad registration process’ which verifies the identity of a domain owner. If a registrant can’t back up or correct the registration within one to two weeks, the domain is suspended.

This policy and ISNIC’s other procedures are in line with the new .IS domain law that was published by the Parliament of Iceland earlier this year.

The commentary from TONIC and ISNIC show that both registries disagree with MPA’s characterizations. Both clearly reject the “notorious market” label and hope that the US Trade Representative will recognize that they don’t act in bad faith.

This isn’t the first time that registrars and registries are nominated as “notorious markets.” The MPA called out many of the same organizations last year, but those were not included in USTR’s final notorious markets report.