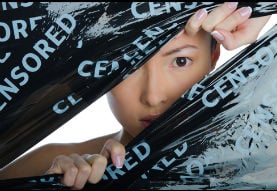 
A Twitter user who posted copyrighted photos for the purpose of criticizing a private-equity billionaire will retain their anonymity. The allegedly infringing material was taken down by Twitter but when a shadowy company tried to use the DMCA to unmask the user, Twitter mounted a legal challenge on their behalf. The court’s decision is important for both fair use and freedom of speech.

“Brian Sheth has upgraded in his personal life. The only thing better than having a wife … is having a hot young girlfriend,” said MrMoneyBags, referencing a photo of a woman in a bikini and high heels.