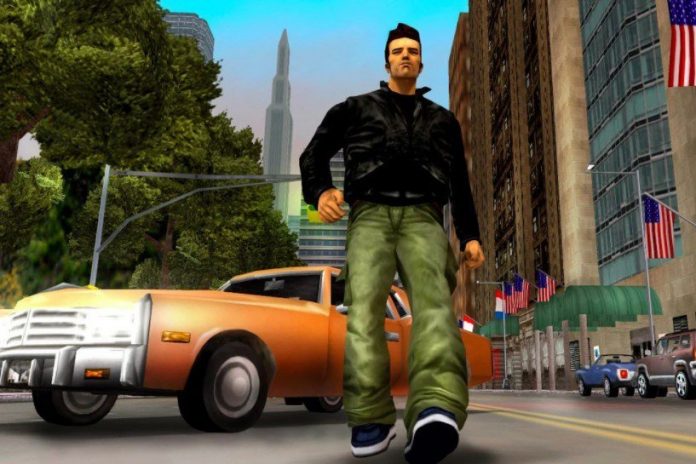 
GitHub has removed a fan-made project that included reverse-engineered code of the popular GTA 3 and Vice City games. The developer platform responded to a DMCA takedown request from Take-Two Interactive, which also listed dozens of forks. While reverse engineering can in some cases be classified as fair use, it’s certainly not always the case.

Grand Theft Auto is one of the most iconic game series.

The first version came out in the late nineties and many have followed since, capturing the hearts and minds of millions of gamers.

Last week, a group of passionate fans released a project that had many hardcore GTA fans excited. After years of work they published “Re3” and “reVC,” two fully reverse-engineered releases of the GTA 3 and Vice City code.

The reverse-engineered code opens the door to many tweaks and modifications that make the old games much more playable on modern computers. That said, it still requires an official copy to work properly because the game assets are not included.

The release got a lot of attention in the media when it came out, including an excellent report from Eurogamer. While the project leader “aap” was happy with the positive reactions, it meant that Take-Two and its parent company Rockstar Games would notice as well.

For months, the team avoided getting an angry letter from the game publishers. They hoped that the companies would not go after the projects when they were posted on GitHub either. However, that was idle hope.

On Friday GitHub posted a DMCA takedown notice where Take-Two and Rockstar Games request the removal of the “Re3” and “reVC” repositories, as well as several forks. 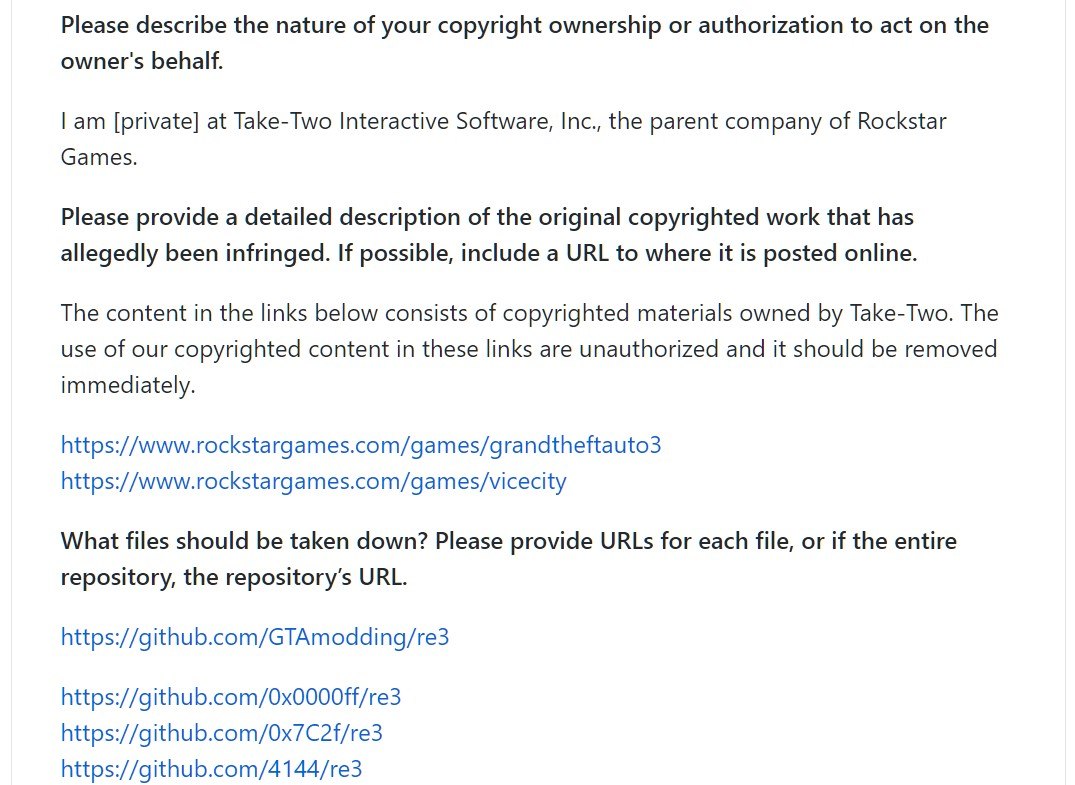 Project leader “aap” isn’t entirely convinced that this notice actually comes from the game company. For now, however, he’s working on the assumption that it’s real.

GitHub also took the matter seriously and immediately removed the repositories. The platform further notes that it “processed the takedown notice against the entire fork network.” 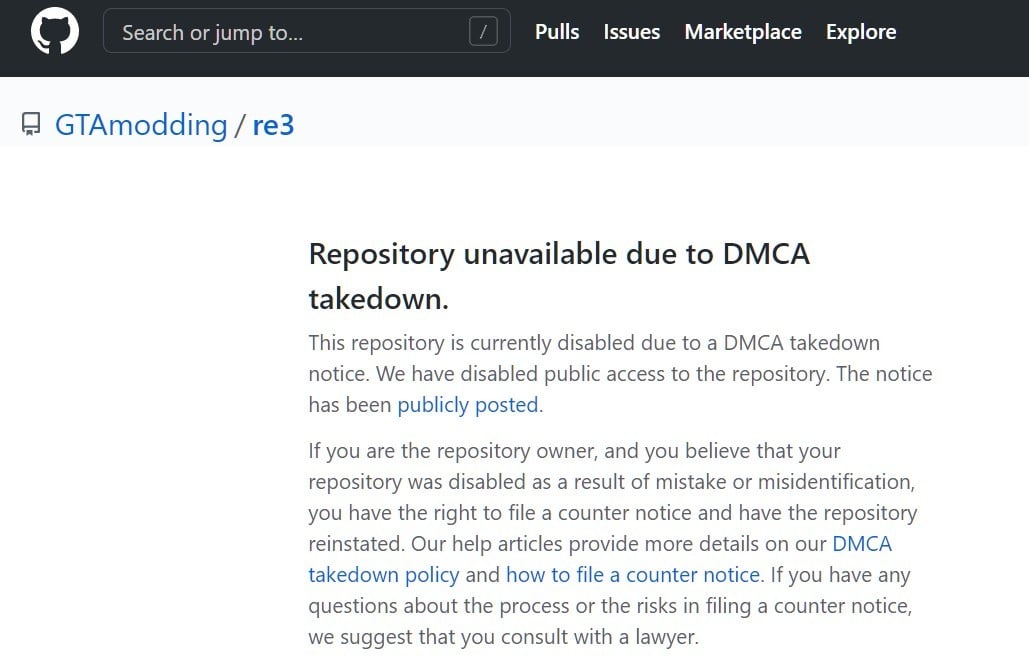 In theory, “aap” and his team can file a DMCA counter-notice. This means that GitHub will have to restore the code after two weeks, unless Take-Two files a lawsuit.

A legal battle isn’t cheap so “aap” and his team will try to figure out the nature of the takedown claims first. Under US law, reverse-engineering can be seen as fair use, but this area is a bit of a minefield.

For example, people can circumvent DRM restrictions in order to reverse engineer a game for research or educational use. However, publishing the code online is something different.

The EFF has a detailed write-up on reverse engineering that lays out the various challenges, showing how complicated the matter can be.

In its DMCA notice, Take-Two notes that it has taken fair use into consideration. So, if the project creators decide to challenge the removal, this matter could eventually end up in court.

Fair use or not, one might wonder how much damage these two projects were actually causing. They’re not commercial and shouldn’t impact sales significantly, since both games are nearly two decades old. If anything, they promote the GTA enterprise.

Take-Two and Rockstar Games obviously disagree. Perhaps they are concerned that some will exploit the code in some shape or form. However, the DMCA notice isn’t going to solve that, as copies of “Re3” and “reVC” are still available to those who know where to look…