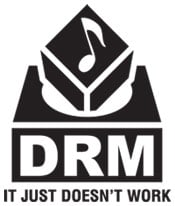 
Last evening the web was alive with angry players who couldn’t play their games due to an unexpected error. While the situation is still not completely clear, it appears that someone allowed a domain used by Denuvo’s anti-piracy technology to expire, meaning that players of some big games couldn’t enjoy what they had paid for.

One of the great ironies of anti-piracy technologies is that they not only offer zero benefits to paying customers but when things go wrong, pirates are often better off.

What appears to be a classic example of this topsy-turvy relationship emerged last night in a long complaints thread on Steam. Players who had legitimately bought Marvel’s Guardians of the Galaxy found that it was impossible to play the game since it simply wouldn’t load.

The problem seemed to appear after players updated the game, leading some to believe that code may have broken the game. However, as more and more complaints came in, another potential problem was identified. It was so simple as to be almost unthinkable but so devastating that it rendered games completely useless.