File-hosting service DBR.ee, which was frequently used to share leaked music, has been shut down by several music industry groups. The domain now redirects to a public advisory instead. The shutdown follows an RIAA request to Cloudflare requiring it to unmask the operator and coincides with downtime issues at other targeted sites. 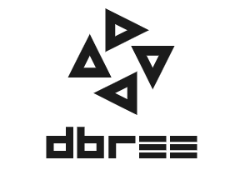 While movies and TV-shows tend to be the most sought-after content among pirates, music remains popular as well.

Thousands of album releases can be found on classic torrent sites and stream-ripping services are also widely used.

In addition, there’s a dedicated group of music fans who share their work in private forums, dedicated release sites, or through messaging tools such as Telegram and Discord.

These sites and services usually rely on third-party hosting platforms and have become renowned for hosting pre-release leaks. This includes DRB.ee.

The music industry isn’t happy with this activity and following a series of leaks last month, the RIAA took action. Among other things, the music group requested a subpoena from a Columbia federal court against Cloudflare, requiring it to hand over identifying information related to several domain names.

“We have determined that users of your system or network have infringed our member record companies’ copyrighted sound recordings. Enclosed is a subpoena compliant with the Digital Millennium Copyright Act,” the RIAA’s McDevitt wrote to Cloudflare.

Among the targets was the hosting site DBR.ee which, according to the RIAA, made a copy of Big Sean’s track ‘Emotional’ available, as highlighted in the subpoena request.

While it’s not known if and what information Cloudflare handed over, DBR.ee went offline soon after. The downtime was initially shrouded in mystery, with some claiming that the site would soon return. However, it has now become clear that the site was targeted by the RIAA, IFPI, and Music Canada.

After a domain name update, now DBR.ee links to a message from the three music groups, noting that the site is no longer available.

“This site has been shut down following legal action for copyright infringement,” the page states, featuring the logos of the three music organizations.

“Making available copyright protected music on the internet without authorisation from the copyright holder is illegal. Wilful, commercial scale copyright infringement could lead to criminal conviction. Illegal music services exploit the work of artists and pay nothing to those creating and investing in music.”

In a follow-up comment, IFPI explains to us that they identified and contacted the site operator, who agreed to stop the infringing activities. Whether the Cloudflare subpoena was instrumental wasn’t specifically confirmed, but that would make sense.

“On behalf of our member record companies, IFPI, RIAA and Music Canada identified and contacted the site operator who has now agreed to shut down the site completely and not to infringe sound recording rights in the future.”

A source familiar with the site informed TorrentFreak that DBR.ee was hosted in Canada, which may further explain in the involvement of Music Canada. The organization informed us that it sides with IFPI’s statement.

It’s worth noting that Ayefiles, which was targeted with the same subpoena, has been offline for a few days as well. Similarly, the hosting platform Nofile, the subject of another RIAA subpoena, is also offline.

Others that were targeted, such as the unrelated Dbree.org and the music release site ‘Plus Premieres’, remain online. The latter does mention the downtime issues at DBR.ee

“With dbr.ee and omerta.is offline a lot of links need to be reuploaded. Considering how much music we have and our limited amount of editors that will take some time,” Plus Premieres said on Twitter recently.

Now that the music industry has these platforms clearly in their sights, more reuploading may be needed in the near future.