New data published by piracy tracking firm MUSO shows that, in some countries, the Covid-19 measures have boosted traffic to film piracy sites by more than 50%. This includes Italy, India, and Spain. An increase in traffic is also visible in many other countries, also for other content categories, such as software. The number of visits to live sports streaming sites logically tanked.

The coronavirus pandemic has led to unprecedented changes in how people live their lives.

These changes are visible in all parts of society as well as all corners of the Internet. This includes pirate sites.

Earlier this month, we completed this picture with a detailed dataset of BitTorrent traffic. This showed that torrent traffic spiked in many countries when lockdown measures were put in place.

Today, UK piracy tracking company MUSO adds to these findings. The company continuously monitors the number of visits to pirate sites across various categories. According to their data, visits to film piracy sites increased significantly from the end of February to the and of March. 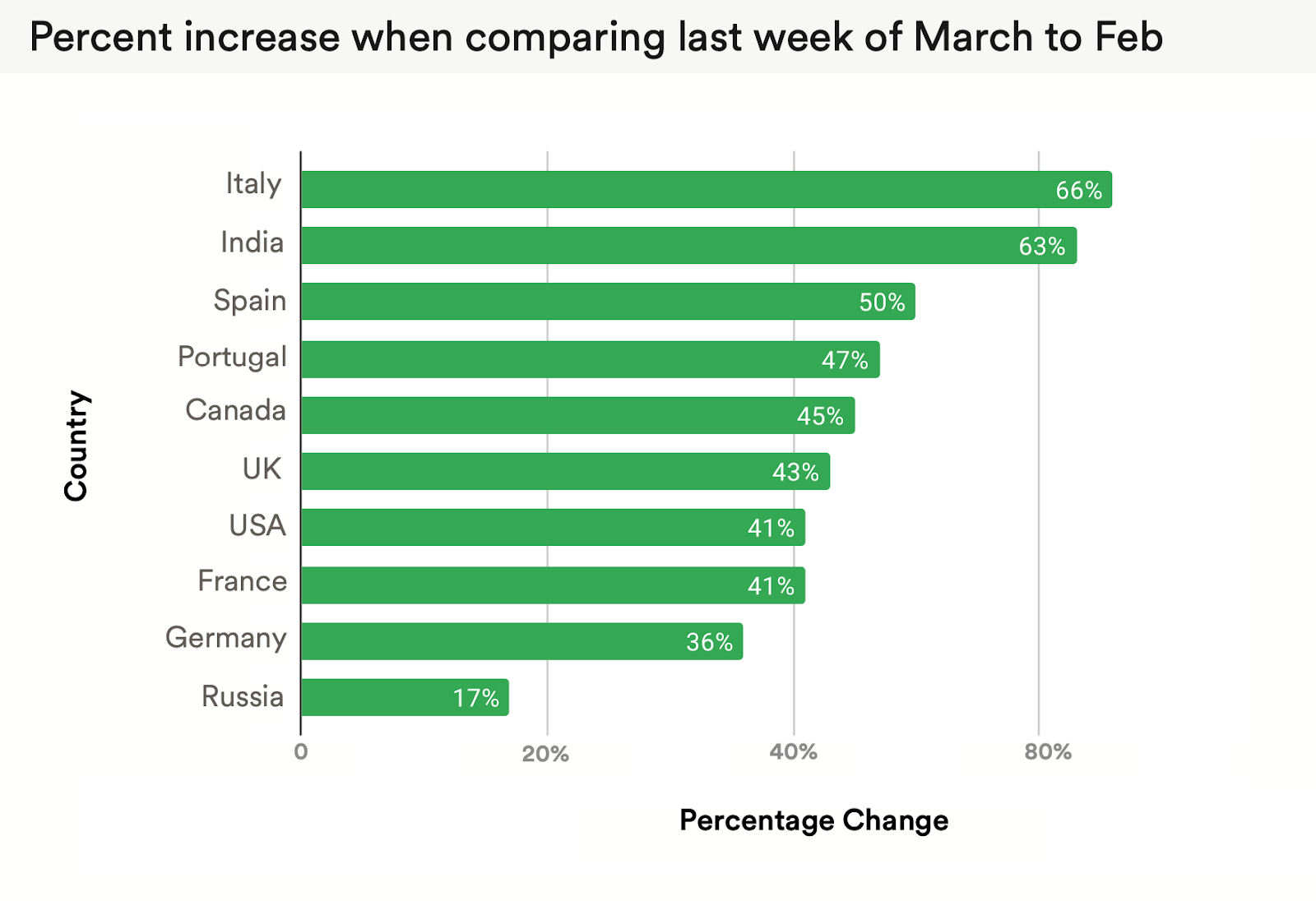 Italy and Spain, two of the most widely affected countries, are both in the top three. However, an uptick in visits is also observed in other regions where lockdown measures were introduced.

MUSO shared some additional data with TorrentFreak which shows that traffic to software piracy sites also rose. The effect is less pronounced than with film piracy, but it’s still a sizable 41% and 32% for Italy and Spain respectively.

The piracy tracking company doesn’t separately report data on TV piracy, but it found that the increase is less pronounced there. This is in part due to the effect that this includes visits to live sports streaming sites. These numbers have tanked because there are virtually no live events.

“When looking at daily trends from February to March you can see a clear drop in visits over the weekend spikes as live sports has ceased across the world. When tracking individual piracy domains that distribute recorded content we see an upward trend in visits, we expect this to continue into April.”

Overall, the data reported by MUSO are in line with earlier observations. The effects on various piracy channels very much mimic the increase in other consumption methods, such as legal streaming.

“Piracy or unlicensed consumption trends are closely linked to paid-for or licensed content. So, just as Netflix has seen large subscriber gains, we have seen a significant spike in visits to film piracy sites,” Chatterley says.

MUSO will continue to look at how these trends develop over time. It will be particularly interesting to see if there are any lasting changes in piracy behavior, or if everything will eventually return to normal.