A New Jersey district court has reversed a devastating order against Strike 3 Holdings, the most active copyright litigant in the US. A magistrate judge previously denied the company the right to subpoena ISPs because the underlying complaints are futile. While these subpoenas are now allowed, Strike 3 can’t initiate settlement discussions. 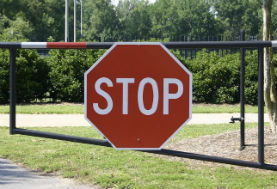 In the United States, federal courts are still swamped with lawsuits filed against alleged BitTorrent pirates.

This phenomenon, often dubbed as ‘copyright trolling’, started over a decade ago and remains ongoing.

The ‘trolling’ scheme can be both simple and lucrative. Rightsholders file complaints against “John Does” who are initially only known by an IP-address. They then request a subpoena to obtain the subscriber details from ISPs and demand a settlement from the account holder.

This tactic is also employed by Strike 3 Holdings, the most active filer of piracy lawsuits in the US. This works just fine in many cases but the company has had some setbacks as well.

One such issue came via a devastating order issued by Magistrate Judge Joel Schneider last October which denied Strike 3 expedited discovery in several cases. The prevented Strike 3 from obtaining the personal details of the allegedly-pirating account holders from ISPs.

According to Judge Schneider, the underlying complaints included very few facts. Strike 3 has an IP-address but doesn’t know if the account holder is involved in the actual infringements. Put differently, these cases are futile.

“The most fundamental basis of the Court’s decision is its conclusion that, as pleaded, Strike 3’s complaints are futile. The Court denies Strike 3 the right to bootstrap discovery based on a complaint that does not pass muster,” the Judge wrote.

At first sight, this appears to be a clear win for Strike 3. However, it comes with a rather significant catch.

In addition to allowing the subpoenas, Magistrate Judge Schneider was subsequently tasked with writing a protective order to balance the rights of Strike 3 with the privacy interests of the defendants. This order, which was filed this week, puts the brakes on Strike 3’s settlement efforts.

First off, the protective order prohibits the rightsholder from making the defendants’ personal details public. Instead, they should be referred to as Does. However, the real sting comes after that.

Putting The Brakes on Settlements

“Plaintiff is prohibited from initiating, directly or indirectly, any settlement communications with defendant (or any person associated with defendant or the IP address), unless (1) that party is represented by counsel and (2) their counsel initiates settlement discussions.

“On request of plaintiff or an unrepresented party, submitted to the Court at any time, settlement shall be conducted under supervision of the Court.”

This means that Strike 3 is no longer allowed to propose settlements. While cases can still be settled, defendants must take the initiative, and only if they are represented through an attorney.

Out-of-court settlements, which are very common in these copyright-trolling cases, are no longer an option either. Everything msut be supervised by the court.

The order, more or less, requires Strike 3 to pursue the cases on their merits, something it prefers not to do. This will not only increase litigation costs, but will also require the copyright holder to have their evidence in order.

A copy of the protective order, issued by Magistrate Judge Joel Schneider, is available here (pdf)