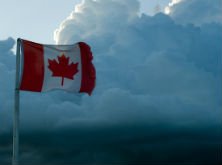 
TekSavvy went up against major media companies including Bell and Rogers in Canada’s Federal Court of Appeal this week. The Court, which has to decide whether the country’s first pirate site blocking order can stay in place, heard arguments from both sides and intervening parties including the Canadian domain name registry.

What started as a straightforward copyright lawsuit soon transformed into something much more than that. With the pirate site not responding, the rightsholders requested an injunction requiring local ISPs to block the service.

This was a big win for the three companies whose plan for a Government-sanctioned pirate site blocking scheme was previously denied. And, given the interest in site-blocking orders around the world, it was likely just the start.

While most ISPs accepted the order without protest, TekSavvy appealed. This appeal gained the interest of other rightsholders and third parties such as Canada’s domain registry and CIPPIC, who all decided to intervene.

This week the Federal Court of Appeals heard the arguments from both camps over the span of two days. Due to the Covid pandemic, the hearing was virtual, with the attorneys from various parties making their appearances through a Zoom call.

First up was attorney Justin Baxtor, who represents TekSavvy in this matter. He went over the various legal angles and where site-blocking is running into issues with the law and net neutrality. As is often the case in site blocking discussions, the US SOPA debacle was mentioned as well.

When SOPA was discussed in the US there were calls for site-blocking in Canada as well, Baxtor notes. Interestingly, however, companies including Bell rejected these proposals at the time. Today they sit on the other side of the table.

TekSavvy is not the only opposing party. During the hearing, it received support from Canada’s domain registry CIRA and the University of Ottowa’s legal clinic CIPPIC. Both argued against court-imposed pirate site blockades.

On the other side, Bell, Rogers, and other rightsholders such as the Music Industry Coalition, defended the decision to block pirate sites and services. They view blocking as a limited measure that is narrowly targeted at services that are clearly copyright infringing.

They agree that site blocking isn’t explicitly mentioned in the Copyright Act, but note that courts are allowed to issue any type of injunction if a party’s copyrights are at stake. Net neutrality isn’t an issue either, as long as the court approves the blockade and it targets unlawful content, they argue.

The rightsholders see site blocking as one of the few viable options they have to stop pirate sites and services. Therefore, it should stay in place.

The Federal Court of Appeal hearings on Wednesday and Thursday highlighted these and many other issues. It is now up to the judges to decide whether the blocking measure stays in place, or if it should be scrapped.

TorrentFreak reached out to Bell, which didn’t reply to our request for comment. The Canadian domain registry CIRA did respond. While it couldn’t comment on any specifics, the organization stresses the importance of this case.

“This week’s hearing reminds us that we stand at a fork in the road for Canada’s internet. Blocking different parts of the web has become a burning issue amongst Canadian courts, policymakers, and regulators. Gone are the days of the ‘anything goes’ web,” says CIRA president and CEO Byron Holland.

“CIRA believes there are more appropriate control points in the internet’s architecture for addressing alleged copyright infringement than DNS blocking. Blocking should never be used when a more proportionate response is available.”

TekSavvy’s vice-president of regulatory affairs, Andy Kaplan-Myrth, wasn’t able to respond in detail. However, he pointed us to a statement he released earlier this week.

Some argue that TekSavvy is digging its heels into the sand to defend pirates, but Kaplan wholeheartedly disagrees. The ISP is defending its role as a neutral carrier. If there’s a need for Internet providers to police the Internet, the Government should make this decision, not the court.

“We’re defending our role as common carriers. It’s the same position that all telecom companies argue until they get to the point where they become more interested in enforcing their copyright than net neutrality,” Kaplan said.