In response to the coronavirus threat, Italy has issued a countrywide lockdown, forcing many people to stay indoors. This policy has led to an increase in Internet traffic, including a spike in interest for pirate sites. At the same time, the coronavirus continues to raise interest in the movie Contagion, which reappeared in the weekly list of ten most pirated films after nearly a decade.

The coronavirus pandemic is leading to unprecedented situations around the world, with governments implementing far-reaching measures to contain the threat.

These measures are creating new realities affecting many industries. However, most people understand and agree that they’re being taken in their best interest.

Health care workers are putting in extra hours, something they are being rightfully applauded for. At the same time, however, other people are being encouraged or even ordered to stay indoors to limit infection spread.

In Italy, the government ordered a lockdown of the entire country last week. Dozens of millions of people must stay indoors and are only allowed to go outside when it’s absolutely necessary. With this measure, the authorities hope to flatten the spread of the virus.

Mandatory home confinement has a strong effect on society as a whole but while health and security are the top priorities, people are also looking for news and entertainment to get through the days. As a result, Internet traffic is rising.

According to Cloudflare, traffic to its northern Italy node has grown more than 30% compared to earlier this year. While part of this is the result of remote working and news consumption, there also appears to be a spike in video streaming.

Looking at Italy’s Google search trend for the term “Netflix,” we see an obvious increase over the past several days, as clearly shown below. Apparently many people are passing the time by watching movies and TV-shows.

This effect isn’t limited to legal streaming options either. All large pirate streaming services in Italy are noticing increased interest as well. Searches for popular local sites such as Guardaserie, Filmpertutti, Altadefinizione, CB01, and Eurostreaming, all skyrocketed over the past few days.

All of these sites are among the top pirate sites in the country, where local pirate sites traditionally overshadow international ones.

Italy is not the only country where extreme precautions are being taken. In Spain, a lockdown has also been in place since last weekend. There is no recent Google trend data to measure the effect yet, but we may see a similar spike there.

TorrentFreak spoke to the owner of one of the largest torrent sites on the net. Contrary to the trend reported above, he isn’t seeing a massive spike in Italian visitors. However, the site in question never had many visitors from Italy.

The coronavirus does appear to have a broader effect on the file-sharing ecosystem though. Download and streaming service Real-Debrid is reporting a significant uptick in traffic, breaking new records.

“Corona virus has an impact on the traffic we have on our service but also peering capabilities of many ISPs, we had a traffic spike yesterday night (new record), we expect to get this amount of traffic for quite some time but, for now, we still have enough capabilities,” they reported on Twitter.

After installing a new server, Real-Debrid reported another 20% boost in traffic a few hours later.

Not only has traffic to pirate sites and services increased, but the nature of the current pandemic has also raised the interest in specific content. We previously reported that the number of downloads of the movie “Contagion” had increased significantly, and this trend continues.

After the popular torrent release group YTS released two new rips of “Contagion” last week, the movie was downloaded hundreds of thousands of times, enough to earn a spot in our weekly top 10 of most pirated films.

This is an unprecedented listing, as the movie is almost a decade old. Never before has an older movie made its way into the top list, years after it was first featured.

It’s clear that the coronavirus outbreak is affecting most parts of the world, severely disrupting society. While these changes in piracy habits and streaming patterns are worth documenting, they are of course entirely insignificant in the grand scheme of things. 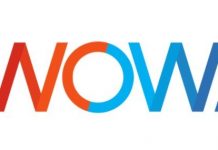