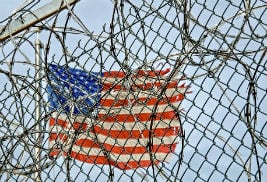 
Paul Hansmeier, one of the lead attorneys behind the controversial Prenda Law firm, has asked the court for a reduction of his 14-year prison sentence. The disbarred lawyer says that he faced extraordinarily difficult living conditions in prison due to the COVID pandemic. While the measures were well-intended, they didn’t prevent the lawyer from getting infected.

Most controversial were the shocking revelations that Prenda itself produced adult videos and uploaded its own torrents to The Pirate Bay. In doing so, the company created a honeypot for the people they later sued over pirate downloads.

The allegations were serious enough to appear on the radar of US law enforcement agencies which launched a criminal investigation, culminating in prison sentences for the two key players.

Today, Paul Hansmeier and his former colleague John Steele are both in prison. While the latter received a reduced sentence for his cooperative stance, Hansmeier was sentenced to 14 years in prison, a verdict he appealed. To make a point, the lawyer even restarted his honeypot scheme from prison.

Earlier this year the Court of Appeal upheld the original ruling after Hansmeier’s motion to dismiss the claims was denied. In addition, the Court also confirmed that the lawyer must pay victims more than $1.5 million in restitution.

This was a clear setback for Hansmeier, but it’s not the end of his legal battle. Over the past year and a half, he filed multiple lawsuits involving several (former) law enforcement officials and the U.S. Attorney’s Office.

This has reached the point where these federal defendants are clearly fed up with Hansmeier’s activities. A few weeks ago, Acting U.S. Attorney for the District of Minnesota Anders Folk asked the court to restrict Hansmeier’s pro se filings, fearing that even more lawsuits could come in.

Most recently, the convicted lawyer added a new approach to his arsenal. In another pro se motion, Hansmeier asks a Minnesota federal court to reduce his sentence, due to the hardships he endures as a result of restrictive COVID-prevention measures.

April last year, President Trump declared a national emergency and, as a result, federal prisons including the one in Sandstone where Hansmeier resides, took various restrictive measures.

Among other things, prisoners had no access to fresh air, sunlight, or exercise. They were required to stay confined 24/7 while family visits and education programs were canceled as well.

According to Hansmeier, these circumstances were much harder than the court intended. At the same time, they did very little to limit COVID infections.

“However well intentioned these measures may have been, these measures subjected Defendant to conditions that were orders of degrees harsher than what this Court could have reasonably anticipated when it weighed the 18 U.S:C. 3553 factors and sentenced Defendant to a term of imprisonment,” he writes.

“Moreover, these harsh conditions–which, again, were aimed at safeguarding prisoners—were, in fact, entirely ineffective in safeguarding Defendant against infection.”

The lawyer says that nearly all inmates eventually contracted COVID, he himself included. Meanwhile, the stringent preventative measures remained active for many months.

In the request, Hansmeier mentions an inmate who served 38 years in the Bureau of Prisons across the US, who said that the COVD restrictions resulted in the very worst living conditions he had ever experienced.

Through this motion, Hansmeier hopes that the court will reduce his sentence. While he doesn’t object to an immediate release, a minimum reduction of 14 months should be fair.

“Though Defendant would accept the Court’s granting of immediate release if it were to be ordered, at a minimum Defendant is requesting a 14 month reduction in sentence to account for the 14 months of extraordinarily difficult living conditions that Defendant has been subjected to during the COVID-19 pandemic.”

This isn’t the first time that the lawyer has used COVID as an argument to be released from prison. When the Coronavirus outbreak started last year he requested a temporary release, fearing that the risk of infection was higher inside the prison. That request was eventually denied.