Cloudflare has asked a California court to sanction three online models and their counsel over unsubstantiated and frivolous claims regarding its Argo Tunnel service, that supposedly helped pirates. The models, meanwhile, are striking back, arguing that Cloudflare should be sanctioned itself.

Earlier this year Texas-based model Deniece Waidhofer sued Thothub for copyright infringement after the site’s users posted many of her ‘exclusive’ photos.

While Cloudflare isn’t new to copyright infringement allegations, this case has proven to be more than a nuisance. The company previously countered the claims with a motion to dismiss, but Waidhofer and her legal team are not backing off.

In an amended complaint some of the most egregious allegations, including the RICO conspiracy, were dropped. However, the copyright infringement claims remain and with two new cosplay models joining the action, the list of defendants has grown.

Last week Cloudflare responded to these new allegations, again denying any wrongdoing. In addition, the company filed a separate motion for sanctions a few days earlier, accusing the defendants of fabricating a fatally flawed theory of contributory copyright infringement.

The issue revolves around Cloudflare’s “Argo Tunnel” service, which allows website operators to secure their systems from outside attacks. Put simply, it does so by routing all traffic to a site through Cloudflare’s network via an encrypted tunnel.

The models argue that Thothub used this Argo Tunnel and that the CDN provider could have shut the site down by disabling this service. That would counter Cloudflare’s defense that terminating Thothub’s account would have had a limited impact.

Cloudflare informs the court that the Argo Tunnel wasn’t created to help pirates, but to better secure the sites of its users. Not just that, it notes that Thothub never used this service.

“[I]t is clear that Argo Tunnel is a cyber security product of general applicability, created for and used by thousands of users,” the company writes.

“And fatal to Plaintiffs’ claims, Argo Tunnel was never used by the Thothub.tv website or any of its subdomains, which were the alleged source of the direct infringement.” 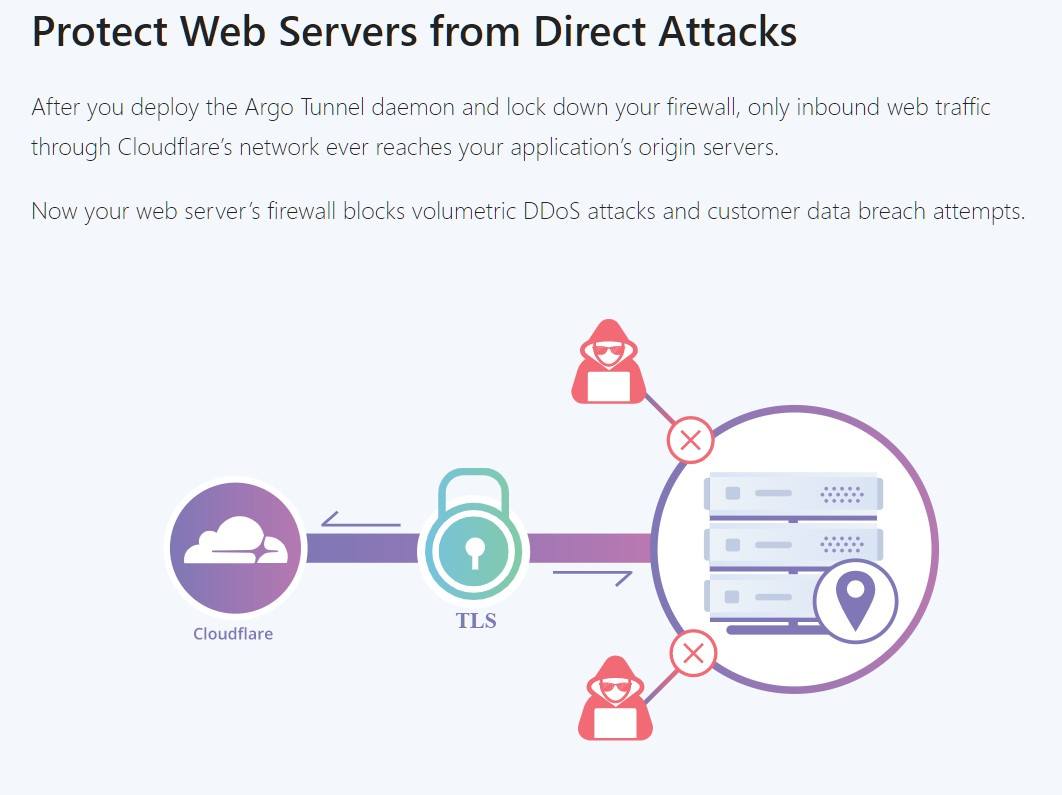 Cloudflare repeatedly told the defense attorneys that Thothub didn’t use the Argo Tunnel and warned of potential sanctions, but the claims were added nonetheless.

This went a step too far for the CDN provider which is now asking the court to sanction the defendants and their attorneys for failing to conduct a reasonable investigation.

In addition, they should be sanctioned for “knowingly or recklessly maintaining false and frivolous allegations for the improper purpose of harassing Cloudflare with overbroad copyright infringement claims,” the company writes.

Perhaps unsurprisingly, the models and their legal team aren’t happy with the accusations and swiftly fired back this week.

Turning the tables, their detailed reply accuses Cloudflare’s attorneys of failing to conduct a reasonable investigation and failing to provide evidence. For this conduct, Cloudflare’s lawyers should be sanctioned.

“Because the Motion is frivolous and apparently lodged for an improper purpose to circumvent discovery, obtain privileged information, drive up litigation costs, and delay, distract, harass, and intimidate Plaintiffs, it should be denied and Cloudflare should be sanctioned.”

The plaintiffs also provide further information that is supposed to substantiate their claims. Relying on an investigation from a technical expert, who previously worked at Akamai, they conclude that it’s reasonable to believe that Thothub indeed used the Argo Tunnel.

Part of this evidence is based on the “Error 1003 Access Denied: Direct IP Access Denied” message that appeared when accessing one of the site’s Cloudflare IP-addresses.

“Based on independent research, Mr. Bell learned that this error message indicated that the site could be using an Argo Tunnel,” the models’ lawyer writes.

While that may be true, it’s no guarantee. The same error message also appears when one tries to access TorrentFreak.com’s Cloudflare IP-address, and we don’t use the Argo Tunnel.

In addition, the plaintiffs allege that Thothub used server port 8443, arguing that this is “often” used to implement an Argo Tunnel.

At the end of the day, both parties are calling for sanctions over unsubstantiated claims. Cloudflare wants the frivolous Argo Tunnel claims removed from the complaint, while the models seek to punish Cloudflare for its frivolous call for sanctions.

It is now up to the court to decide if any sanctions are indeed needed, but it’s clear that this case is proving to be quite the handful.