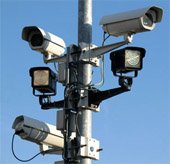 Anti-piracy group BREIN is at the forefront of the fight against copyright infringement in the Netherlands.

Many of its efforts have been focused on legal action against big targets such as The Pirate Bay and the IPTV market, with the group achieving notable legal precedents along the way.

Now, however, BREIN says it wants to strike at the heart of the sharing landscape by targeting users whose sharing habits play a key role in keeping content alive.

Frequent and Long-Term Infringers on the Radar

From December 15, BREIN says it will begin a long-planned project (‘FLU’ – Frequent and Long-Term Uploaders) to reduce the availability of movies, TV series, books and music on file-sharing networks.

The key criteria for receiving a notice is as follows:

The focus, at least for now, will be on those who distribute multiple infringing uploads of content aimed at the Dutch market. BREIN says that it has a preference for original Dutch content but will also be interested in foreign-made Dutch-subtitled or dubbed content, distributed by users of torrent sites or apps like Popcorn Time, for example.

Casual Downloaders Are Not The Initial Targets

Similar anti-piracy campaigns over the years have sought to sow widespread fear among all file-sharers but BREIN is being very specific about its targets and goals. The project is not about targeting casual sharers but those who play a more important role in the sharing ecosystem.

“This project is not about incidental – so-called ‘hit & run’ downloaders, but about frequent BitTorrent uploaders. Habitual infringers who act not so much as a primary and large-scale source, which have already been and are being successfully enforced, but more as a lubricant, because they perpetuate the exchange of illegal content through their so-called ‘seeding’,” BREIN says.

“Without these types of users, the exchange [of files] will not work.”

With this strategy of going after a relatively small subset of users, BREIN appears to be deploying a tactic that has the potential to starve BitTorrent swarms of the crucial elements they need to survive. These users not only have a tendency to supply upload faster to other users but they also seed for longer, bringing health to swarms.

In a sharing climate that is disproportionately reliant on these types of sharers, with the vast majority of users simply grabbing whatever content they need without hanging around and contributing for too long, BREIN will be hoping to degrade the transitory experience of the masses by removing bandwidth thereby rendering downloading more laborious.

Indeed, BREIN advises that “the more often and longer [users] are in an infringing BitTorrent swarm as an uploader” the more likely they are to become of interest to BREIN. This message, should it gain traction, could be of real benefit to the project.

If BREIN succeeds this could be an interesting experiment, but first of all it needs to tie IP addresses to the key individuals themselves, a practice that is rarely easy or without costs, especially in the Netherlands.

Warning Notices Will Be Sent To More Prolific Sharers

BREIN’s plan is to send “informative warnings” to more prolific sharers for at least six months, targeting up to a maximum of 1,000 IP addresses per month. It hopes to utilize ISPs’ ability to match IP addresses to real-life identities in the hope they will pass notices on.

“We will always ask for the cooperation of the relevant ISPs to forward that e-mail. In case of refusal, we will request (or demand) the corresponding email addresses so that we can send the alerts ourselves,” BREIN says.

The big question is whether the anti-piracy group can rely on traditionally stubborn local ISPs to get involved in the process voluntarily. TorrentFreak approached BREIN for comment on whether any ISPs have already agreed to work on this project but Managing Director Tim Kuik said he prefers for ISPs to individually communicate whether they are willing to cooperate.

From the language used, however, it seems that BREIN could take legal action to compel ISPs to either cooperate or even hand over customer data.

Legal Action Against ISPs That Refuse To Coopeate

BREIN says it has already considered the possibility that some ISPs won’t be willing to cooperate and is prepared for legal action to force compliance.

“BREIN will, in that case, be forced to enforce cooperation through the court. In such a situation, BREIN will most likely be looking for a minimum [data retention] period from six months into enforcement against the uploaders in the target group whose IP addresses are found in the Bittorrent swarms,” BREIN explains.

Indeed, it seems the cooperation of the ISPs might be an important element here, and somewhat of a double-edged sword. On the one hand, ISPs might face a backlash from some customers for cooperating in an anti-piracy scheme. On the other, it appears that if ISPs pass on warnings on BREIN’s behalf, BREIN won’t be seeking to obtain any information that would personally identify those infringers.

“BREIN will only do so if providers do not want to cooperate by forwarding the notifications to the subscribers whose IP numbers were obtained by BREIN in the context of FLU,” the anti-piracy group says.

BREIN says it sought advice from a communications specialist and market research company Kantar when formulating the proposed warnings, something which suggests a persuasive approach over brute force, at least in the first instance.

An interesting aspect of BREIN’s campaign is that the associated market research project has received funding from the Ministry of Education, Culture and Science. The first phase, which measured the state of play before the notices, has already been completed.

Additional research will be carried out to assess the effectiveness of the warning notices as time progresses. If a positive effect is observed, the warnings will continue but BREIN warns that if its efforts don’t yield appropriate results, it will consider bringing enforcement measures to the table.

The documentation provided by BREIN indicates that the anti-piracy group has been extremely thorough in considering privacy concerns. Notably, BREIN says that following consultations with the Dutch Data Protection Authority, it was determined that a license is not required for such collection of data. Nevertheless, BREIN says it will only collect the information it needs, with the rest being discarded.

“The starting point with FLU is proportionality, which means that the personal data that is processed is only that necessary for the specific purpose BREIN wants to achieve with FLU,” BREIN says.

Specifically, BREIN will immediately anonymize all foreign IP addresses it obtains although it will do its best to avoid them capturing them in the first place. Dutch IP addresses will be stored for a maximum of six weeks but if those same IP addresses are spotted more than twice in a four-week period, BREIN will retain them for longer to facilitate the notice-sending element of the campaign.

What Happens After the Six-Month Campaign?

BREIN says that the research into the effectiveness of the project will be “highly dependent” on the levels of cooperation it receives from ISPs. Again, it is not yet clear whether any or all have agreed to cooperate. Presuming they do and infringement “significant diminishes”, FLU will be extended for another six months with research carried out to determine effectiveness.

If ISPs do not assist, or compliance with notices does not yield sufficient results, BREIN will then decide whether to move to enforcement.

“At the earliest after this initial six-month period, if necessary BREIN will scale up and take enforcement action against those users whose samples are found three or more times in a BitTorrent swarm. These are users who continue to seed content for a long period of time or who repeatedly download and upload infringing files every month,” BREIN adds.

Finally, BREIN has also laid out criteria for enforcement action, should it be deemed necessary.

– IP address has been observed sharing BREIN member companies’ content
– IP address belongs to a Dutch ISP
– In a four-week period, IP address has been seen at least three or four times in either a) different swarms, b) in the same swarm more than seven hours apart, or c) a combination of these variants.

The documents supporting the scheme can be found here and here (PDF, Dutch)