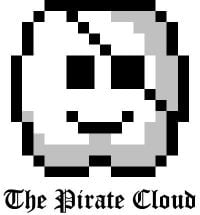 
In 2019, BREIN, MPA, and ACE shut down Moonwalk, a huge ‘pirate CDN’ that provided thousands of movies and TV shows to hundreds of pirate sites. That content was stored at hosts in the Netherlands, which are now facing legal pressure to hand over details of their customers. Two of the hosts rejected BREIN’s standing but a court has now sided with the anti-piracy outfit. 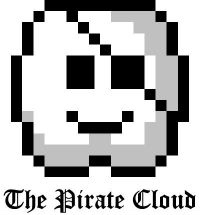 Back in 2013 a new type of pirate operation began operating from Russia. Moonwalk, which is now described as a ‘pirate CDN’, began supplying large numbers of third-party pirate sites with pirated movies and TV shows, paying out an estimated $0.60 per 1000 views.

One of the problems for local rightsholders was that Moonwalk hosted much of its content outside Russia, the Netherlands in particular. However, that changed in October 2019 when Dutch anti-piracy group BREIN, the MPA, and global anti-piracy coalition ACE teamed up to target Moonwalk.

In total, five hosting providers were served with ex parte court orders requiring them to disconnect streaming servers and preserve evidence related to Moonwalk. While that had the desired effect by taking the ‘pirate CDN’ down, BREIN has since complained that it has not been able to obtain all of the documentation it would like from the hosting companies.

Last April, BREIN said it had filed legal action (pdf) against three local Internet companies so that it could gain access to documents relating to Moonwalk, its operators, and the services it provided to hundreds of streaming sites.

According to BREIN, the hosting companies – Yisp, Worldstream and Serverius – did provide some information but following BREIN’s analysis the data turned out to be either false or not traceable. At BREIN’s request, Severius was later dismissed from the action.

BREIN’s lawsuit also demands a declaration in respect of the enforcement of intellectual property rights. Not only does BREIN want access to the hosting companies’ documents, but also seeks remedy for what BREIN describes as the hosts’ “structural failure” to take adequate measures to have reliable data at hand.

In short, BREIN wants these and similar companies to follow strict “Know Your Business Customer” guidelines so when it needs to identify an infringing customer (in the event of a complaint or court order, for example), that data is readily available.

Back in January 2021, Worldstream and Yisp pushed back against BREIN’s action, stating that BREIN had no standing to bring the case and had not adequately consulted with the defendants.

The companies took the position that BREIN’s claims are inadmissible but the anti-piracy outfit said that it qualified under the Dutch Civil Code, noting that it represents the interests of its affiliates, is a not-for-profit entity, and its claims have sufficient connection with the Dutch legal sphere since the defendants are established in the Netherlands and have their servers there.

Court Rules in Favor of BREIN

In a decision handed down on June 2, 2021, the Central Netherlands Court recognized BREIN’s position of acting in the interests of rightsholders and that the group’s legal action is not a prelude to claims of compensation against Yisp or Worldstream.

The Court also noted given BREIN’s standing, it does not have to meet the strict admissibility requirements of paragraphs 2-5 of Section 3:305a of the Dutch Civil Code.

In summary, the Court declared (pdf) that BREIN is indeed admissible in its claims and as the unsuccessful parties, the hosting companies must pay court costs. The main case will resume at the end of June.

Reactions from BREIN and Worldstream

“There are always a number of standard defenses in our cases,” says BREIN director Tim Kuik.

“If it is an infringer then someone else did it and if it is a neutral intermediary then we are inadmissible. It is nice that the judge has sat down and referred the inadmissibility story to the trash.”

BREIN says the decision will prove useful in other proceedings, should other entities argue that it has no standing. The anti-piracy group also believes that it held sufficient consultations with the defendants “in the given circumstances”, claiming that legal time constraints prevented early discussion with Worldstream. In respect of Yisp, BREIN says that the company filed a 100-page document explaining why its action should be dismissed so, on that basis, consultation would not have been “useful”.

Worldstream says it is disappointed with the decision of the Court.

“We have taken note of the judgment and regret the Dutch court’s decision of giving BREIN an exception for not meeting the court’s strict admissibility requirements, while these do pretty much always apply to other parties. In our opinion, the procedural run-up to this lawsuit by BREIN was quite sloppy,” Chief Legal Operations Officer (CLOO) Wouter van Zwieten informs TorrentFreak.

While BREIN can now move ahead with its action, Worldstream says this decision says nothing about the actual case. The company has filed its defense and BREIN now has a few weeks to respond.

“We certainly regret though that for an entity like BREIN, who is not an impartial entity but working for clients instead, all legal exceptions are applied, while the legal requirements are getting stricter and stricter for Infrastructure-as-a-Service companies like Yisp and Worldstream who operate as part of the Internet as we know it from a user perspective, a security-focused but open Internet, meeting Western world standards,” the company concludes.