Following a complaint from major media companies Rogers, Bell and TVA, the Court ordered several major ISPs to block access to domains and IP-addresses of the pirate IPTV service GoldTV.

There was little opposition from Internet providers, except for TekSavvy, which quickly announced that it would appeal the ruling. The blocking injunction threatens the open Internet and is not permitted under Canadian law, the company argued.

What started out as a small copyright case against a relatively unknown IPTV provider transformed into a landmark court battle. If upheld, the order would open the door to dozens, if not hundreds, of similar blocking requests. As such, the appeal attracted widespread interest.

Over the past months, various stakeholders had their say in court, to oppose or support the site-blocking measures. Last week, respondents Rogers, Bell and TVA filed their memorandum of facts at the Federal Court of Appeal, to argue in favor of the blocking order.

The three companies are copyright holders but Bell and Rogers are also Internet providers, which means that they themselves have to implement site blocking as well. They will gladly do so of course, as they see no other option to bring online piracy to a halt.

According to Rogers, Bell and TVA, pirates continue to evolve. Over time, this has made it harder to stop them, especially when the operators of pirate sites and services are anonymous.

“Over the years, the tools used to distribute infringing content have moved from physical media, to satellite signal piracy, to peer-to peer Internet systems, to online streaming. Each new technological advance brings infringing content closer to users, while at the same time allowing infringers to move away from the spotlight and remain anonymous,” the companies write.

The companies started this legal battle by filing a lawsuit against the pirate IPTV service GoldTV. This resulted in a court order that required the operators to halt their activities. However, the order was simply ignored.

With few other options left, the rightsholders asked for a site-blocking injunction, which was granted. According to TekSavvy, this order violates Canadian law and regulation, which is now the focus of the appeal.

One of the main contested issues is whether courts can grant site-blocking injunctions under Canada’s Copyright Act. According to TekSavvy, they can’t, as this enforcement effort isn’t specifically mentioned in the law.

This is where Canada differs from many other countries where site-blocking injunctions were issued. In the EU, for example, the availability of site-blocking measure injunctions is codified in the European Parliament’s Copyright Directive.

TekSavvy argued that without a specific or explicit mention in the law, blocking injunctions shouldn’t be granted. However, in their memorandum, the copyright holders disagree. They argue that courts should have “unfettered discretion” to issue any type of injunction if a party’s copyrights are at stake.

“In order to argue that a type of injunction is unavailable, it is therefore not sufficient to demonstrate that the Copyright Act does not explicitly grant that power. Rather, a clear statutory restriction of the Court’s inherent injunctive powers must be identified,” they write.

Another argument that was brought up in the appeal deals with net neutrality. TekSavvy mentioned that the Canadian telecoms regulator CRTC is the proper authority to decide on blocking orders. After all, ISPs are not allowed to meddle with traffic without CRTC’s approval.

Bell and the other rightsholders disagree. They note that, in this case, the ISPs don’t decide unilaterally to block content. They do so following a court order, which should be allowed.

“The present case does not involve a common carrier unilaterally controlling or influencing the content it carries at its own discretion,” they write. “Rather, it involves the Court concluding that a communication is illegal on a strong and uncontested prima facie basis and, as a result, enjoining common carriers to block access to that content”

The copyright holders go into detail on a variety of other issues and also touch on the possible freedom of expression concerns. To illustrate this, TekSavvy used a bookstore analogy where ISPs were ordered to remove “books” from “virtual shelves”.

This is not disputed by Bell, Rogers and TVA. They follow the analogy but stress that, in this case, the books are clearly illegal and that the “authors” and “publishers” (the pirate IPTV service) can’t be reached.

“While the injunction under appeal ‘removes books from the virtual shelves’ of ISPs serving the majority of Canadian Internet users, these ‘books’ do not contain expression that could attract Charter protection, and they are clearly illegal,” they note.

As with every appeal, it will ultimately be up to the court to decide the outcome. Depending on one’s own conviction, there is something to say for both sides. However, it will ultimately depend on how the Federal Court of Appeal interprets the law.

A copy of the memorandum of fact and law, submitted by Bell, Rogers and TVA, is available here (pdf) 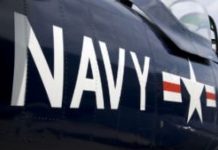 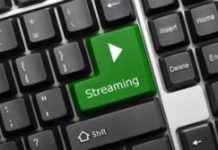