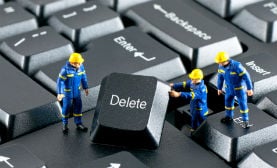 A memorandum signed in 2018 by leading Russia-based search engines and major rightsholders targeted the appearance of infringing links in search results.

A centralized database of content is now automatically queried by search engines and when matches are found, corresponding pirate links in indexes are automatically removed within six hours. While welcomed by the rightsholders involved in the memorandum, the system has been criticized for not being inclusive enough. Other rightsholders want in on the action and they may soon get their way.

The objectives include expanding the program to make it accessible to a wider circle of copyright holders, thereby providing them with equal conditions to protect their rights. However, some copyright holders remain unhappy at the scope of the scheme and are demanding additional penalties for sites that infringe copyrights on a regular basis.

Over the past several years, copyright holders worldwide have sent millions of takedown notices to have infringing content removed from search engines. The majority of these have targeted Google and largely achieve their stated aim. However, rightsholders believe that search companies should go a step further by removing known pirate sites from search engines altogether.

These calls have been largely rejected by Google and indeed most major search platforms but given the advanced automation of the new system in Russia, copyright holders believe there is now an opportunity to lessen the takedown notice burden by being much tougher on domains repeatedly reported for infringement.

To that end, the powerful Media and Communication Union (MKC) and the Internet Video Association, which represents the rights of numerous legal video portals, are calling for an outright search engine ban on sites deemed to repeat infringers. This was proposed during the preparation of the draft bill but the final version lacks any special penalties for such sites.

Speaking with Russian publication Vedomosti, Internet Video Association CEO Alexey Byrdin says that the draft should be tightened to deal with the most flagrant infringers.

“The task of the industry is to propose ways to improve the efficiency of the bill, and one of the measures is to apply stricter sanctions to recidivist sites that allow multiple copyright infringements, including the removal of the entire domain from search results, and possibly extrajudicial blocking,” Byrdin says.

“Extending the mechanism of removal from search results to domains of recidivist sites would help to increase the effectiveness of the fight against pirates, as well as reduce the financial and time costs of copyright holders to protect their rights,” he says.

While the calls to exclude repeatedly infringing sites are supported by some rightsholders, support is not universal. Vedomosti reports that four sources with knowledge of the draft indicate that search companies and even some copyright holders are against the plan.

It seems that the problem is being able to differentiate between sites that simply generate lots of copyright infringement reports and others that deliberately and structurally infringe copyright.

For example, it’s entirely possible that a user-generated platform like YouTube could generate as many (if not more) copyright infringement complaints as torrent site The Pirate Bay. While removing the latter from search results would mostly inconvenience pirates, removing YouTube or the many Russian equivalents would be hugely controversial considering the potential for massive collateral damage.

Yandex, an opponent of the broad proposal, says that placing tough sanctions against repeatedly infringing sites is something that needs thorough discussion, especially to ensure that legitimate platforms (that may have infringing users) aren’t affected by any sweeping measures.