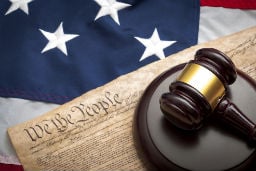 
In 2020, Amazon teamed up with publisher Penguin Random House and authors including Lee Child and John Grisham to sue several pirate eBook sites operating out of Ukraine. After a cash-strapped local court reported that it had no stamps and envelopes so couldn’t correspond on paper, the publishers had to hire a private investigator in an effort to track down and serve a key defendant.

Operating under the ‘Kiss Library’ brand, Kissly.net, Wtffastspring.bid, Libly.net, and Cheap-Library.com marketed themselves as providers of a “premium selection” of books at “unbeatable prices”. The plaintiffs said that this was only possible due to the sites offering pirated copies of their books.

The action’s stated aim was to put the platforms out of business but also to seek damages from the people behind them including Ukrainian nationals Rodion Vynnychenko and Artem Besshapochny, who are said to have created Kiss Library and profited from its activities.

Just days after the action was filed, a Washington court handed down a preliminary injunction targeting the defendants and their payment processors, domain registrars, hosts, back-end service providers, affiliate program providers, web designers, and search engines. The court also issued an order to financial companies demanding that they locate all of the defendants’ accounts and prevent the transferral of any assets.

In her order, Judge Marsha J. Pechman noted that the restraining order was necessary since the defendants had “gone to great lengths” to frustrate the plaintiffs and the court by using “multiple false identities and addresses” and “purposely-deceptive contact information.” As the battle moved to Ukraine, this assertion became increasingly evident.

In April, the plaintiffs told the Washington court that they had served defendants Kiss Library, Artem Besshapochny and Jack Brown but were experiencing difficulties serving Rodion Vynnychenko. In part, the delays were put down to Vynnychenko deliberately attempting to evade service but other problems were related directly to legal rules in Ukraine and serious issues caused by the coronavirus pandemic.

Ukrainian law requires government service on parties using original paper copies of documents. The plaintiffs sent these (along with translations) in August 2020 but the Desnyanskyi District Court of Kyiv didn’t receive them until October 2020. In the meantime, Vynnychenko reportedly deregistered his Kyiv address and failed to appear at two hearings. When he did register a new address, the right court (Kirovskyi District Court of Kirovohrad) did not receive the service documents until February 2021. And problems were mounting.

At a hearing on March 4, 2021, to confirm service on Vynnychenko at his new address, Amazon and the other plaintiffs were informed that service could not go ahead because the court had run out of money. The seriousness of the matter was underlined when the court said it could not correspond on paper because the “court completely lacks postal stamps and envelopes for sending judicial correspondence.”

Defendant is a Moving Target

When the hearing continued on April 24, the Kirovskyi District Court informed plaintiffs’ counsel that the address provided by Vynnychenko was not in fact his residence. As a result, the court returned the request unexecuted to the Ministry of Justice leading the plaintiffs to take matters into their own hands by tracking down the defendant in person.

“Based on these repeated and intentional attempts to evade service, Plaintiffs engaged a private investigator to assist the Ukrainian government in identifying and confirming Defendant Vynnychenko’s place of residence,” they told the Washington court last week.

“Through those efforts, Plaintiffs located Vynnychenko’s true residence in Kyiv and forwarded his location to the Ministry for government-mandated service.”

Amazon and the other plaintiffs say that after identifying Vynnychenko’s home, the Ministry of Justice forwarded the service documents to the Holosiivskyi District Court last week. Another hearing is now scheduled for June 11 but given the evasion tactics deployed thus far, service actually taking place remains a question.

Issues With Other Defendants

Despite being properly served, defendants Artem Besshapochny and Jack Brown have both failed to appear at hearings thus far, meaning that none of the defendants have appeared as required. However, the plaintiffs aren’t idling in the background.

Last week they told the Washington court that in addition to tracking down Vynnychenko, they have also been pursuing discovery regarding the “identities and activities” of Does 1-10 as listed in the original lawsuit.