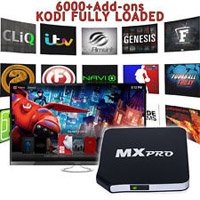 
After being heavily criticized due to the prevalence of pirate streaming devices offered for sale on their platforms, Amazon and eBay now appear to be getting on top of the problem. While they haven’t been completely eliminated, illegal devices are now much harder to find. The same cannot be said of pirate IPTV subscriptions, however.

As time progressed the term “Kodi Box” was regularly used to describe any set-top device that could be used to obtain pirated content for free, while Kodi itself found itself playing a diminishing role as more convenient piracy-focused Android apps came to the fore.

While piracy veterans were more than capable of making their own “Kodi Box”, newcomers and those with less time or patience sought out pre-configured devices on platforms such as Amazon and eBay. In 2017, with both platforms (eBay in particular) hosting thousands of listings for these devices, news of a crackdown emerged.

As previously reported, Amazon updated its terms and conditions, noting that no product offered for sale should “promote, suggest the facilitation of, or actively enable the infringement of or unauthorized access to digital media or other protected content.”

More specifically, Amazon stated that “any streaming media player or other device that violates this policy is prohibited from sale on Amazon.”

Then, in the summer of 2017, media reports suggested that eBay had followed suit but three months later there seemed little change on the platform. So-called “Kodi Boxes” and other piracy-configured devices were still easily found using even the most basic of searches.

Given that almost three years have passed since the Amazon announcement, this week we decided to take a fresh look at both platforms. Copyright holders should be broadly pleased with today’s state of play.

In common with our tests in 2017, our first port of call was a basic search for the old favorite – “Kodi Box”. Unlike three years ago, when a fully-loaded device and many others like it filled the first set of results (and indeed the first few pages), eBay in both the US and UK produces not a single result for a “fully-loaded” pirate device in the first pages. 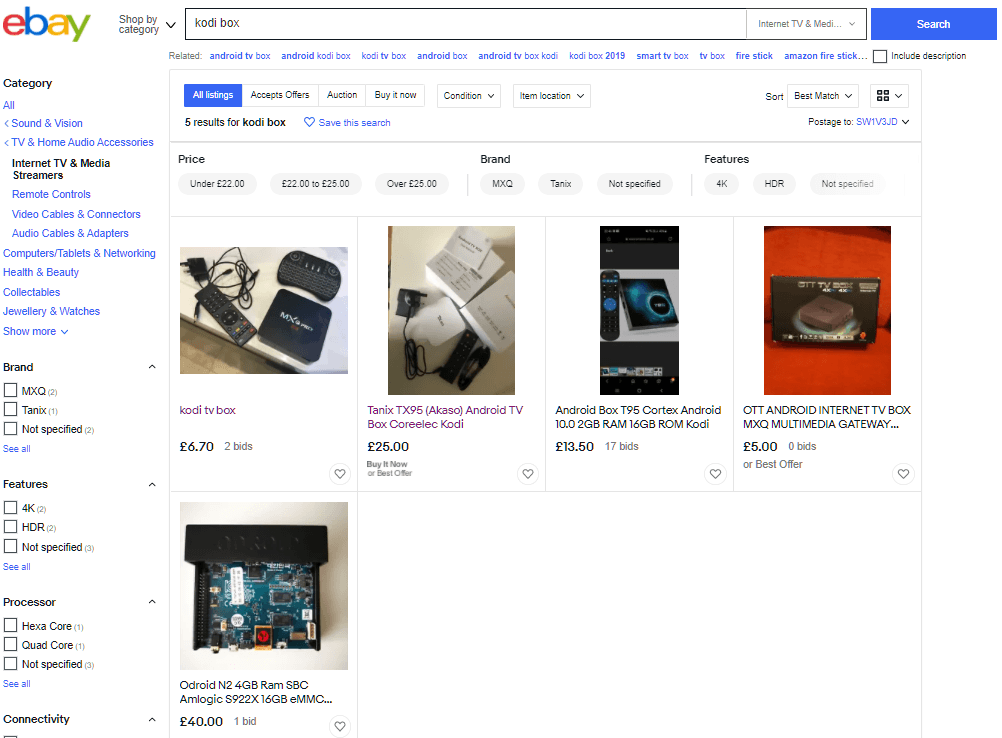 In fact, eBay.co.uk shows just five results and six from international sellers, none of which are devices pre-configured for piracy – a big change from 2017. The same is roughly true for eBay.com, which produces way more results but mainly for remote control units for set-top devices, cufflinks, nail polish, and baseball cards.

Other once-popular terms are useless too. “Showbox” delivers display cases for watches and “Popcorn Time” reveals listings for popcorn machines. It’s like 2017 never happened. On top, devices that do claim to be “fully loaded” appear to be loaded with Netflix, iPlayer and similar apps – not exactly what pirates are looking for.

While Amazon was always less of a problem, the same is broadly true there as well. It is still possible to find listings for pirate devices but the easy and traditional ways of finding them don’t work like they used to and casual buyers will probably try somewhere else out of frustration.

Big Improvements – With One Caveat

While pre-configured piracy devices are now harder to find on both platforms, it isn’t particularly difficult to find pirate IPTV subscriptions on eBay or Amazon. The former platform is much more helpful since when typing in the text “IPTV” the site provides some automatic suggestions that send people to the appropriate listings.

Again, the situation is vastly improved or degraded (depending on perspective) when compared to 2017 but for those prepared to keep digging, the products people are looking for are still around. That they are considerably harder to find will probably prove a deterrent to novices, and that will be welcomed by copyright holders.