The Alliance for Creativity and Entertainment has taken over domains previously connected to Firestick Plusman. In addition to ‘seizing’ the popular FSPMKodi.com repository, the group has also commandeered domains belonging to ACE TV. But the latest grabs don’t stop there.

Global anti-piracy coalition Alliance for Creativity and Entertainment is forging ahead with its mission to sue, shut down, disrupt or otherwise hinder a broad range of unlicensed content providers or those who facilitate access.

For years, mass shutdowns and domain seizures were relatively uncommon but the Alliance, which is compromised of some of the most powerful entertainment companies in the world, is setting records as it goes, albeit largely in the shadows.

Rather than taking the more expensive option of suing alleged copyright infringers, ACE regularly deploys its considerable muscle to intimidate opponents into submission. The tactic isn’t popular with pirates but ACE picks its targets carefully and in the vast majority of cases, could easily win a court battle should it choose to pursue one.

Instead, pirate players of all shapes and sizes are given the option to settle with ACE, which can simply mean a promise to shut down or could involve additional elements such as handing over domains and/or paying a settlement sum. In the past few days and weeks, there has been no shortage of new domains being taken over.

The Firestick Plusman (FSPM) name is well known in the piracy community, with connections to various Kodi add-ons, IPTV, Android APKs, and for providing storage facilities so they can be accessed and installed by users.

Earlier this year, disruption was apparent when Fspmkodi.com, a repository of software associated with various forms of streaming-related piracy (Kodi add-on ‘Fantastic’, for example), suddenly went down, taking access to some of the software listed below with it. 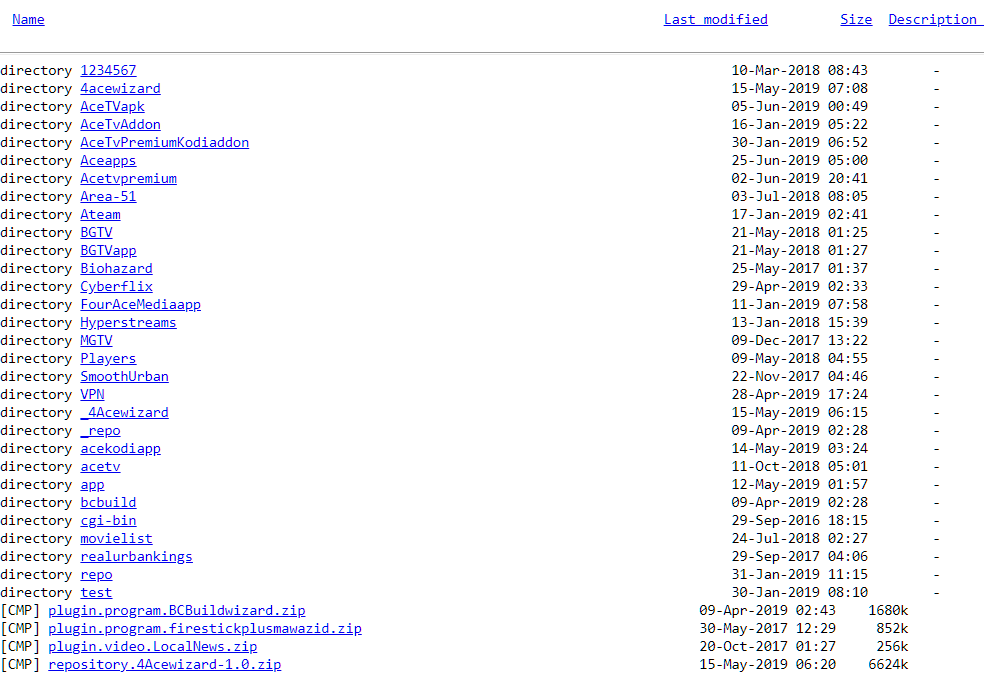 Aside from the usual rumors that the shutdown was forced, no official confirmation was available to the wider public at the time. This week, however, the domain utilized by the popular repository was transferred into the hands of the MPA. This usually happens when a domain/service owner receives a cease-and-desist settlement offer from ACE members and takes the option to shut up shop rather than face a lawsuit.

At the same time, three other domains connected to FSPM also suffered the same fate. Acetv.online, acehostingservice.com, and acetvpremium.com, which were all connected to the provision of pirate IPTV services, are now operated by the MPA and currently divert to the ACE anti-piracy portal when accessed by visitors.

As reported by TF in September, ACE also managed to close down IPTV provider Streams For Us, apparently taking other IPTV brands with it, including one called Nue Media.

We can now confirm that Nue Media was one of the targets as its domain neumediatv.net is now in the hands of the MPA and also diverts to the ACE anti-piracy portal. The same goes for loveyour.tv, a domain previously used by Streams For Us.

Also confirmed last month were the problems being faced by IPTV provider The Players Klub (TPK). We managed to identify several domains that had been seized by ACE, including MintPanel.net, MintPanel.co and MintPanel.digital.

We can now add several other TPK domains to the list including thepk.co, tkotv.stream, and tpkshield.net, all of which display the now-familiar anti-piracy warning.

Finally, we don’t know much about Elitestreamtv.com or Cosmostv.ca, other than they were involved in the supply of unlicensed IPTV services. What we can be sure of, however, is that ACE members got to their operators and forced them to hand over their domains to the MPA, thus adding to the growing list of platforms that disappear into the night following threats from the world’s largest entertainment companies.