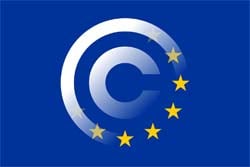 
The European Commission has taken the first step towards taking almost two dozen EU member states to the bloc’s highest court due to their failure to write new copyright rules into local law. The countries failed to meet a June 7 deadline to deal with matters including controversial upload filters designed to detect infringing content and prevent it from being re-uploaded.

Back in 2016, the European Commission announced plans to amend EU copyright law to better meet emerging challenges on the Internet.

One of the most controversial elements of the new Copyright Directive was Article 13 (now Article 17). This would require many online services such as YouTube to either legally license content from copyright holders or put filtering mechanisms in place to ensure disputed content is taken down not re-uploaded by users.

The new Copyright Directive passed in March 2019, meaning that EU Member States are required to write the amendments into national law. The EU Commission launched a consultation last summer but it now appears that EU countries are struggling to meet their obligations.

Considering its standing and commitment to the bloc, it was no surprise to see Germany adopt new legislation including Article 17 in advance of the June 7 deadline set by the EU Commission.

Germany’s implementation was cautiously praised due to measures designed to prevent automatic blocking of minor uses of copyrighted works, including when copyright works are used in combination with other content. However, almost two dozen other countries are now facing criticism from the European Commission.

In an announcement yesterday, the Commission said it had launched an official infringement process against 23 countries for missing the June deadline to comply with EU rules on copyright.

“As the Member States above have not communicated national transposition measures or have done it only partially, the Commission decided today to open infringement procedures by sending letters of formal notice.”

The EU’s infringement procedures are clearly laid out and include measures to deal with EU countries that fail to communicate measure that fully transpose the provisions of directives. The process works as follows:

Since the 23 countries have already missed the deadline, the Commission has now taken the first step of sending formal notices requesting information on why that happened. Member States have two months to respond but if the responses received by the Commission are considered unsatisfactory, the Commission may send something called a ‘reasoned opinion’.

While gentle in tone, this is a formal statement that the country is in breach of EU law and needs to comply within a specified period, usually two months. If the country fails to comply within this period, the Commission has the option to take the matter to the EU Court of Justice, where it could request the imposition of penalties.

In any event, EU countries will be required to comply with any decision of the EU’s highest court or risk being referred back by the Commission for further action.

Earlier this month a legal challenge by Poland against Article 17 was met with an opinion from EU Advocate General Henrik Saugmandsgaard Øe, who declared that its provisions are compatible with freedom of expression under certain conditions, including when exemptions such as quotation, criticism, review and parody are respected.